We go through many modifications to leg exercises, lower back exercises and shoulder exercises for the sake of user-friendliness. It’s a smart thing to do when considering a lifter’s leverages, anthropometry, or contraindications. If you’re susceptible to injury, it’s worth finding a superior alternative that works for you.

In the case of lat training, however, I find that the amount of variety that’s put out there is limited – and truthfully, it doesn’t have to be. The same amount of variations can and should be available for use, and I’m here to help.

Simply put – Here’s the problem with typical lat exercises like pulldowns and chins: They’re very contingent upon shoulder mobility. Shoulder mobility, in turn, is very contingent upon thoracic spine health. Without going down a giant rabbit hole regarding training for a healthy shoulder girdle (something I’ve given seminars and written about ad nauseum), I’ll simply point out that plenty of lat exercises rely on a fixed hand and arm position through the whole range of motion.

If you’re immobile, that makes it easier to fall out of position and disengage the lats from doing their job. That’s what happens when you see shoulder glide enter the picture through end ranges of many back exercises.

There are a few reasons why I’m a massive fan of this variation. Firstly, to my points above, it creates an opportunity to use ropes and an ever-changing grip. This can change via rotation and width depending on the part of the set, since there’s no fixed bar to hold. You’ll hit your lats that much harder because of the fact that you get to internally rotate your arms as you go through the movement, and that follows the lats’ muscular action as closely as possible.

Second, placing a lifter on a decline puts shoulder stress on the backburner. Simple as that.

Finally, this makes pullovers actually true to their claims. Talk to many old-school bodybuilding enthusiasts and many of them will use dumbbell pullovers as a way to make their lats bigger and stronger. If you think about the downward force angle that a dumbbell will create when doing this same motion, a smart coach would realize that this would only engage the lats for a portion of the force curve in question. By the time the weight gets toward forehead or eye level, completely different structures are left to bear the load. 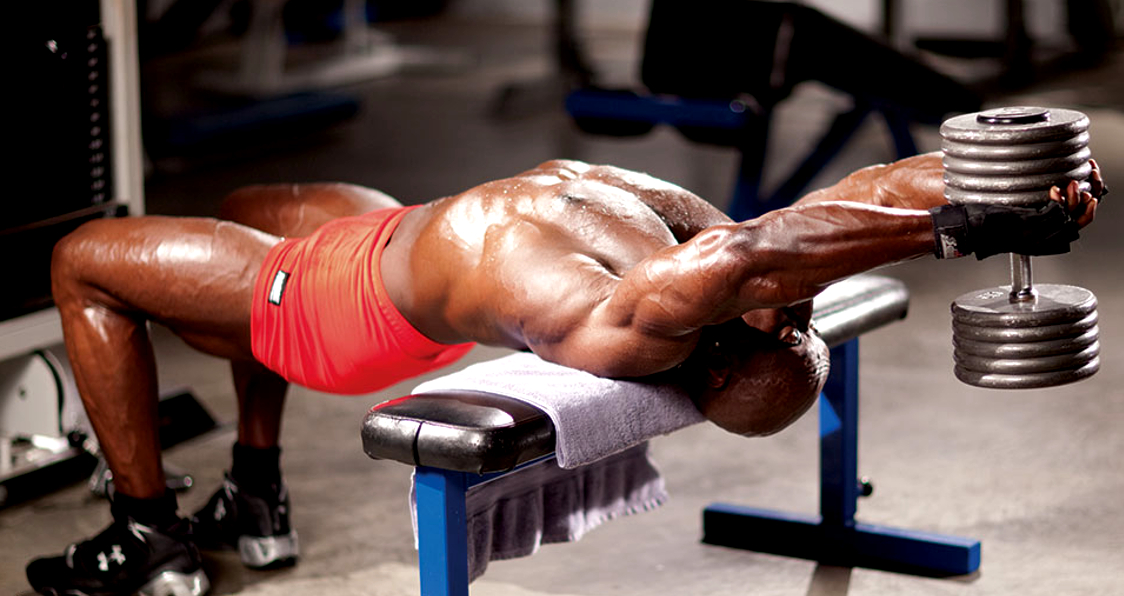 With that said, changing the force angle so that it comes from behind instead of above completely shifts the emphasis to becoming 100% lat dominant. Plus, you can go through a much fuller range of motion because of this.  As mentioned above, the cable will also give much less shoulder stress than a dumbbell will (especially at the extended position of deepest shoulder flexion). This is due to the direction of the resistance.

All in all, you’re able to light up your lats and get a supreme pump with virtually no downsides.