Abandon your Diet and Training Goals over the Holidays. Or Maybe you Shouldn’t.

The devil's advocate injection this holiday season can really use.

We all know the way we’re supposed to view the holidays, and this general time of year.

It’s a time to spend time with family, have some time away from work, and relay relax and recharge for the coming year. When families get together, it usually means lots of big meals, congregation, and a probable escape from stresses of the world.

That’s why I’m about to sound about as antithalian as a guy could when offering up my devil’s advocate advice.

For many people, this time of year can have the opposite effect on their day-to-day, and their mental health. It may even be the time of year they look forward to the least, which is contrary to what’s most popularly seen – and there are a number of reasons why this may be the case.

Maybe they don’t have family locally, or even anywhere.

Maybe tragedy has befallen them on one too many holiday seasons.

I can go on with a laundry list of other plausible hypotheticals, but you get the idea. The pipe dream of a close-knit family gathered together in a lambent living room on a cold winter evening can be so far away from reality for some that the thought straight up pisses them off.

You know, it’s interesting how society and popular culture can shoehorn us into the idea that certain behaviours should exist under certain circumstances. Doing this usually ends up leaving stones unturned and ignoring a very stark reality for some people out there.

The same can be said when it comes to fitness.

In the world of training and fitness, it’s only recently that we’ve adopted the mentality to acknowledge people from all walks of life (and experiences) convene in the gym. Moreover, a growing number of professionals in the fitness industry are wise to appreciate that the reason one person’s in the gym may not be the same reason the next person is. Sure, in theory, there’s a general umbrella of “right” way to do things to see results, but that’s under the supposition that everyone exercising in the gym is doing so with distinct goals, and searching for a black and white outcome.

That’s not always the case.

And it usually takes a little growing up for a trainer or other fitness professional to see that.

Working out can be a bulwark for many people to restore their mental health or gain or regain confidence. It may be the only place where a person feels normal and gets a break from crippling physical symptoms of real issues like anxiety. Depressed people may love the endorphin release doing nothing but cardio on the treadmill, rowing machine or elliptical may give them over weight training.

Everyone’s not there to build muscle or burn fat.

Bringing this to holiday season, who’s to say that that same crippling anxiety or depression can’t be at an all-time high during this time of year due to the reasons listed near the outset, or others not listed?

Even if it’s not a mental health matter, during these times, getting in the gym may serve as the exact salvation many people need that postures itself as almost the exact opposite of what people who are ensconced to a fitness “lifestyle” are prone to think. And if there are goals involved when it comes to diet and exercise, keeping them in close mind through these times should not always be the way to earn your “obsessive” card.

For a number of people, it’s not even the “big days” themselves that stress them out – it’s the days leading up to them that does. Be it due to the pandemonium of preparing for the holidays, the overwhelm of work before things slow down, or, on the training front, the anticipation of completely derailing from earned progress where training and nutrition are concerned. In good intention, professionals like me may drive home a message that mostly lands for the masses: Now’s not the time to focus on your goals. Now’s the time to focus on enjoying your life, and having a great time with family and friends. Have the holiday dinners, and go for seconds. Skip the workout for a few days and be a “regular person”.

It’s slightly backhanded advice that doubles down on the seed planted above: stress and possible anxiety surrounding supposed “expectations” of the holiday season – in one direction or another.

All of this leads to the point I’m trying to make. And I’m glad I got here in only 800 words, because I’m going to keep this one short. I’m aware that for the majority, the classic advice of taking things down a notch over the holidays in the name of family, friends, and food is good and wise. But there’s a contingent of people to whom an overall better feeling, less anxiety, less depression, and a sharper mindset applies by generally staying on course for whatever routine of fitness and nutrition they’ve adopted. And I endorse that, as long as their existence didn’t spawn and flourish from a place of clinically obsessive roots. 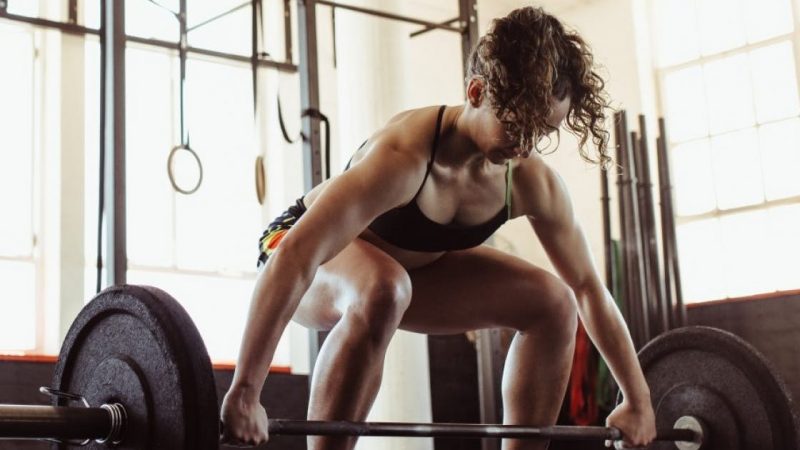 In every direction, there’s a lot of peer pressure being broadcast by the masses, and in truth, no one person can say exactly what’s right for everyone when it comes to managing their life or lifestyle. It may be in good intention to give someone positive reinforcement to “not feel guilty” after pounding dessert or a massive stuffed turkey dinner. But my opinion is, in and of itself, this can bring unwanted attention to the act of doing it (and how to feel after). True mental freedom would probably come from not even being tuned in about something enough to analyze how you feel about it. That’s the way lots of happy, in-the-moment phenomena usually tend to transpire.

All of this to say something simple: The “don’t feel guilty, eat big and train less” holiday advice we’ve probably been hearing for years now is mostly good.

Do what it is that will make YOU feel your best before and through the holidays. Even if that means treating them like any other days, getting some great workouts in, and keeping an eye on what you put into your body. That’s your choice.

And If happiness is really the name of the game, who are we to say what should bring it?