If your Doctor doesn’t Work Out, it’s Time for a New One

If you want me to be honest, I’ll say this:  As far as we’ve come where health and fitness are concerned, we’ll still be in a place of relative darkness until we all get on the same page as a community.

It sounds like a dim perspective coming from a personal trainer, but facts speak. We have a lot of weight on our shoulders. Breaking the news to a client that “transforming your body” is more than a 6 week process – contrary to what they’ve been told – is never a simple task.   The truth is, we’re usually the intermediary between our clients and their results (read, satisfaction). Despite the fact that seeing a result entirely depends on what the trainee puts into it, it’s easy to mentally place that responsibility in the hands of someone else.  And like it or not, that’s what most do.

All of this is made worse when we acknowledge we’re at silent war with our contemporaries in the world of health and wellness.  I’m not just talking about trainers.  The discord spans across the entire realm of healthy living, and chances are, we have the most personal relationships with health-invested people compared to any other professional in the mix.

Until we professionals can stop fighting with each other on worthwhile ways to get in shape, we’re never going to leave a lasting footprint on public health.  If you ask the next person walking down the street whose opinion they’d be prone to trust the most with health advice, I will wager my bottom dollar that the overwhelming majority will say that of a doctor.

To be clear, by “doctor”, I’m talking about the good old M.D. – Not other branches of medicine that specialize in certain areas or require a doctorate or PhD to attain the same designation despite pertaining to a different area of science. Just a classic physician.

And to be honest, they really should trust advice from a doctor. The issue rises in a couple of different areas.

First, in my experience I’ve learned that there are both highly skilled and poorly skilled individuals operating in every industry.  We should probably start here, because that’s definitely a point people are more likely to forget or minimize when comparing the medical field to many others. I’m sure getting a “second opinion” is higher on the priority list for people with car problems than it is for people with high blood pressure.  Realistically, it behooves a patient to acknowledge that just like trainers, or psychologists, or lawyers, different levels of experience can shine through in the M.D. world. That very acknowledgement can bring them a step ahead of the curve. Different philosophies could be applied, and different results can come from the above. There is such a thing as a bad doctor.

Avoidance is the Best Medicine?

On that note, it’s fitting to touch on my main area of focus.  Simply put, with all things equal, a doctor should never tell an individual to avoid developing strength.  That sounds pretty black and white, but consider a scenario that puts things in perspective.

An individual walks into the doctor’s office complaining of back or knee pain. The doctor gives the patient a brief examination. He recommends drugs or injections that reduce the sensation of pain, and recommends that going forward that patient never lift anything more than 10 pounds, avoid deadlifting or squatting in the gym, and generally “stay off of it” until things feel better, an often heard directive.

As harsh and extreme as this example may sound, it’s much more of a reality than most are willing to admit.  Any personal trainer worth his salt knows that weakness is basically the enemy of most physical and biomechanical health and proper movement.  When a trainer encounters a client who’s had such a consult with a doctor after accruing an injury, things become a battle of “my word versus his”, and the Doc usually wins that battle, because there’s no med school for gym life. 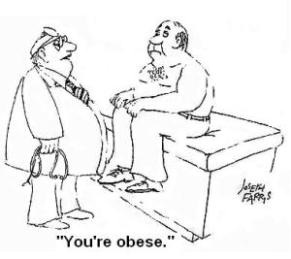 The glamour of medical school, the white lab coat, a stethoscope, and the hallowed title to precede one’s name are all more than enough to make the public smile and nod, regardless of what scope of knowledge is behind each recommendation. Resultant are many doctors with an incomplete knowledge of strength and conditioning and its linkage to medical soundness unknowingly participating in what is, in its most plain description, fear mongering to patients who know even less on the subject, but put all their eggs in the walk-in clinic basket.

This would all be solved if doctors all made the resolution to actually lift.

Really. I’m not trying to sound like a gym bro. Anyone who’s familiar with me or my work knows that I’m probably the furthest thing from one.

Think about it: If you’re involved in the fitness community, you’ve probably seen this before. There’s a reason why “the doctor who lifts” is a template on the internet amongst the doctors to whom that title applies.  The reason is because it’s a niche. They’re the exceptions to the norm, making that very template useful – and sadly, they’re still in the minority.

When you think about how many issues – cardiac, musculoskeletal, vascular and hormonal, can be solved or dramatically improved through implementation of a proper exercise regime involving strength training, it’s disappointing that sometimes this truth is overlooked in favor of a prescription for drugs and playing hide-and-seek with an injury.  Weight training needs to turn away from being perceived as an aesthetically driven pummeling of the body that stunts growth, is bad for the skeleton, and delivers minimal health benefits. The only way that change can happen is if more physicians decide to look into it, and eventually practice it themselves.

At the end of the day, you’d think this all goes without saying. Any disciple of medical health should take his own quite seriously, and that includes gathering extensive knowledge on the benefits of various forms of exercise as it relates to bodily fitness and longevity.  But time and again, reality strikes as corpulent M.D’s dole out fitness abstinence directives with next to no fitness experience of their own. It’s kind of like a trainer diagnosing one of his clients with a medical issue and treatment protocol. It happens often, and every time it’s looked down upon for usually being incorrect and moreover outside of that trainer’s scope.

We’re not going to drive this industry forward when there’s discord amongst its professionals. Step 1 comes from us all agreeing that getting stronger is not only good, but also important.  Anything can be considered “dangerous” if it’s performed stupidly.  Having the public understand that being stronger can benefit most other areas of wellness, that strength training involves significant effort, and that these things can take you out of frailty in old age can be a driving force for a major change towards a healthy society.

We’ll never fully get that message out there if we’re not practicing what we preach. All of us. There’s no way around it.  If you want your patients to get better, start by teaching them that the right kind of exercise can help.  It’ll be more persuasive if you do it yourself too.

As for the patients, this is still something of a two way street.  As much info as there is to mislead the masses, I strongly believe there’s a measure of this that is controllable.  As modern human beings we tend to gravitate towards what is easy, and what guarantees the best result in the least amount of time. And we are all aware that it’s a silly shortcut that never yields sustainable results we can be proud of – in any walk of life. I personally think that deep down some of us know we’re doing the wrong thing by buying a ShakeWeight in the pursuit of total body fitness, but we do so anyway. On a similar wavelength, if something sounds dubious about the recommendation to stop working out or avoid getting stronger, there’s a choice we’re left to make between blindly accepting (since it’s easier to sit at home and vegetate) or getting a second opinion that just might be more informed.

Until the public takes responsibility for being ill-informed, and does more in hopes of becoming more informed, it’s time professionals across different disciplines and crafts got on the same page with a baseline of agreed upon philosophy.  It’ll make things easier for everyone.  Most strength coaches will agree that the squat is an important and worthwhile exercise for an able-bodied individual to learn. They’ll also agree that there are methods to apply in order to stay safe while doing that lift. Despite the fact that there are several deeper cues that vary depending on who you ask, the grass roots are still there.  Sadly, if you zoom the lens outward a bit, we don’t see the same baseline of knowledge and application spanning across professions. Often, yoga, strength training, calisthenics, Pilates, aerobics, and long distance running, all claim to be the “best way to work out”, and chiropractic, physio, osteopathic, massage, and M.A.T., are respectively the best methods of therapy, and everyone is sure. Medical practitioners can often fall down the rabbit hole by writing strength training off as a way to cause more damage and do more harm to a patient than good.

Let’s face one other grim reality: If they didn’t, they’d probably have much less business. But that’s for another article.