Enough with the Fitness Advice from Pop Culture. Here’s How long it REALLY Takes to See Results.

You're looking at progress through the wrong lens. And it's killing your confidence.

Whether it’s a sensationalized popular culture report, or a hungry personal trainer or product pusher, one thing remains very consistent: The fitness industry has made its billion dollar revenue stream largely off of leveraging hot button topics and telling the people what they want to hear.  Because of this, the mainstream general population are made to believe these half-truths:

Especially regarding those last two points, it can leave you – the middle-of-the-road consumer – believing the wrong things about fitness, and unable to properly temper your expectations. Worse yet, it can leave you unhappy with results you do receive from your hard work and doing the right things. And believe me: There’s nothing worse than being discouraged about training results. And when you put yourself up against an unrealistic standard, it’s setting the stage for disappointment right out of the gates.

That’s why I felt the need to write this. It doesn’t seem like social media, internet fodder and the like are doing anything but picking up steam, and it certainly doesn’t seem like consuming such content is disappearing anytime soon (especially amid the stay-at-home COVID era). It’s become harder and harder to get a properly balanced view on a real and legitimized timeline for fitness results.

What’s worse is, we’re being given poor representations of such results when we turn to Hollywood; the place that usually highlights a great looking body or an insane transformation as front-and-center news. I’m not naming any names, but when 45 to 55 year old celebrities – male or female – somehow sport muscular and lean physiques coveted by men and women in their 20’s, it’s time to stop suspending disbelief into thinking that they’re not using some of the finest pharmaceuticals to help their cause.

The same rings true when an actor goes through a radical transformation to buff up or lean out for a movie role. Hard training was likely a big piece of the pie, but when a middle aged actor allegedly slaps on 25 pounds of “solid muscle” for a film, it’s time the commonfolk learned enough to raise an eyebrow.

Health and Fitness: A Closer Look

These examples can lend to the idea that fitness, in many cases, is more than meets the eye. I’m not about to say one’s physical stature is completely independent of one’s physical fitness; I don’t fully believe that. But it’s worth a more detailed examination as to how a great looking body came to be.

Sorry to say, but it’s not quite that easy for a middle-aged body. For most people, it’s not a matter of just looking at the weights or the plate of broccoli to get radical results, the way it happens at age 17. Things change.  A quickly (or artificially) earned, impressive physique can easily be skin deep. What had to happen in order to achieve it – be it horribly unsafe nutrition practices, hormone injections, or a little of both, speak volumes about the sustainability factor at play. In both cases, it may also be juxtaposed with training methods that are just plain too intense to keep up over the long term.

I like to think of bodybuilders and physique competitors when they’re competing on stage.

Don’t get all pent up. I said when they’re competing on stage.

Ask any honest bodybuilder at what point they’re their strongest, healthiest, and in best physical shape – and they’ll never say it’s at the time they actually compete. Despite the fact that their body fat levels are next to none, and the fact that they’re jacked, ripped, and looking like human anatomy charts – the truth beneath the superficial layer is they’re also depleted, hungry, dehydrated, and weak. It’s exactly why you don’t see them maintain this version of themselves year round. 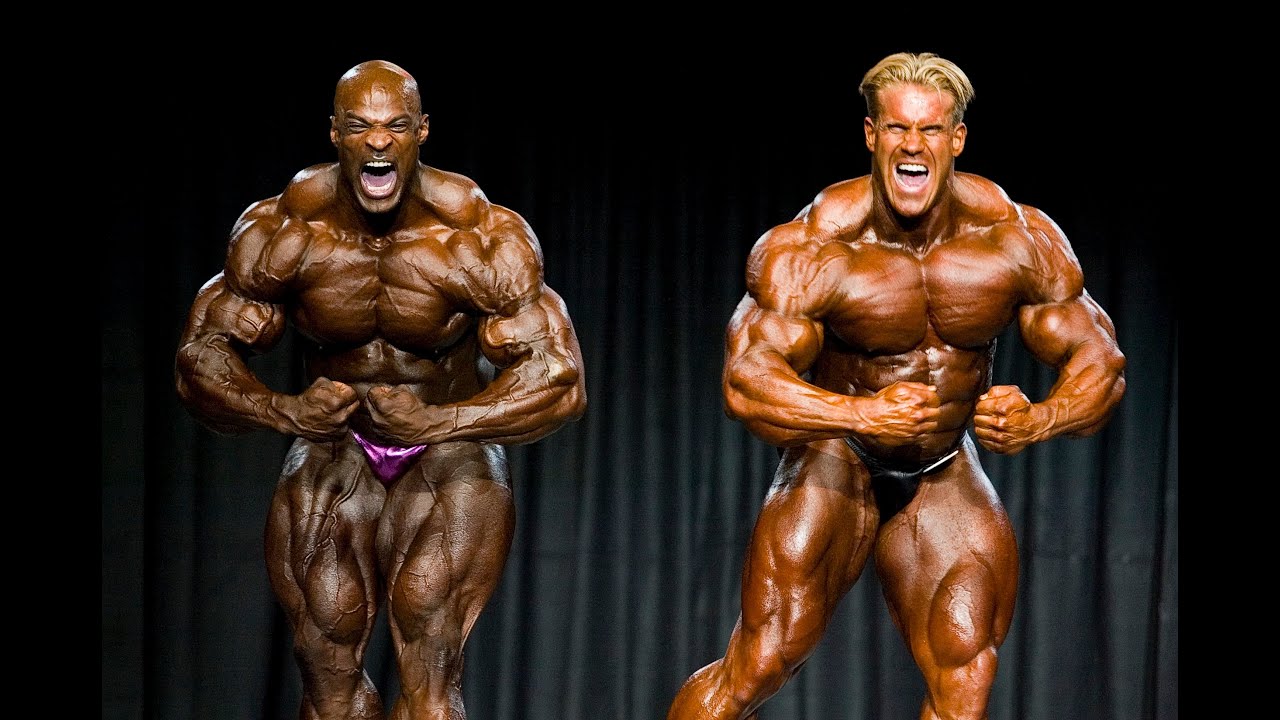 But I digress. This is simply all to say it’s time to re evaluate training for fitness and results – and leave the stuff we see and hear on TV and social media in our rear view mirrors. Regardless of our goals, it would do us well to take heed.

That’s not a misprint. By and large, this is what to expect as an adult if you’re going about it the natural way, and doing everything “right”. When an athlete is said to have put on 20 pounds of “muscle” over the course of one 4 month off-season, or a celebrity bulked up for a movie role to the tune of 25 pounds of lean mass, there may be no question that the scale doesn’t lie by the numbers, but the actual body comp may be telling a different story.

Truly natural and lean muscle gains usually don’t exceed much more than a pound per month. Don’t listen to what they say on TV.

And this brings me to another important point, triggered by a question from a client of mine I answered this week.

She wanted to know whether she should avoid training her obliques, for the fear of them growing and making her mid section too blocky (thus making her shape less distinct). She’d seen a post on Instagram that warned against training this area.

Sure, fine-tuning a physique may involve playing to the development of some muscles a bit more than others for a certain aesthetic. But for 99 percent of people looking to train, advice like this is three steps ahead of their current place. We aren’t made of play-doh. Remember the big picture. A few weekly sets of oblique work – or any work – won’t make that area transform. Making a muscle grow takes a combination of high volume training (that means, not only the amount of sets and reps you do for a specific muscle in a workout, but how often you train that muscle over the course of the week), and eating for size. It’s going to be a real uphill battle if you’re avoiding even one of these things.  The point I’m trying to make is this: Don’t confuse making a muscle stronger with making a muscle bigger. Your body needs to gain and maintain strength everywhere possible, so don’t leave areas out. 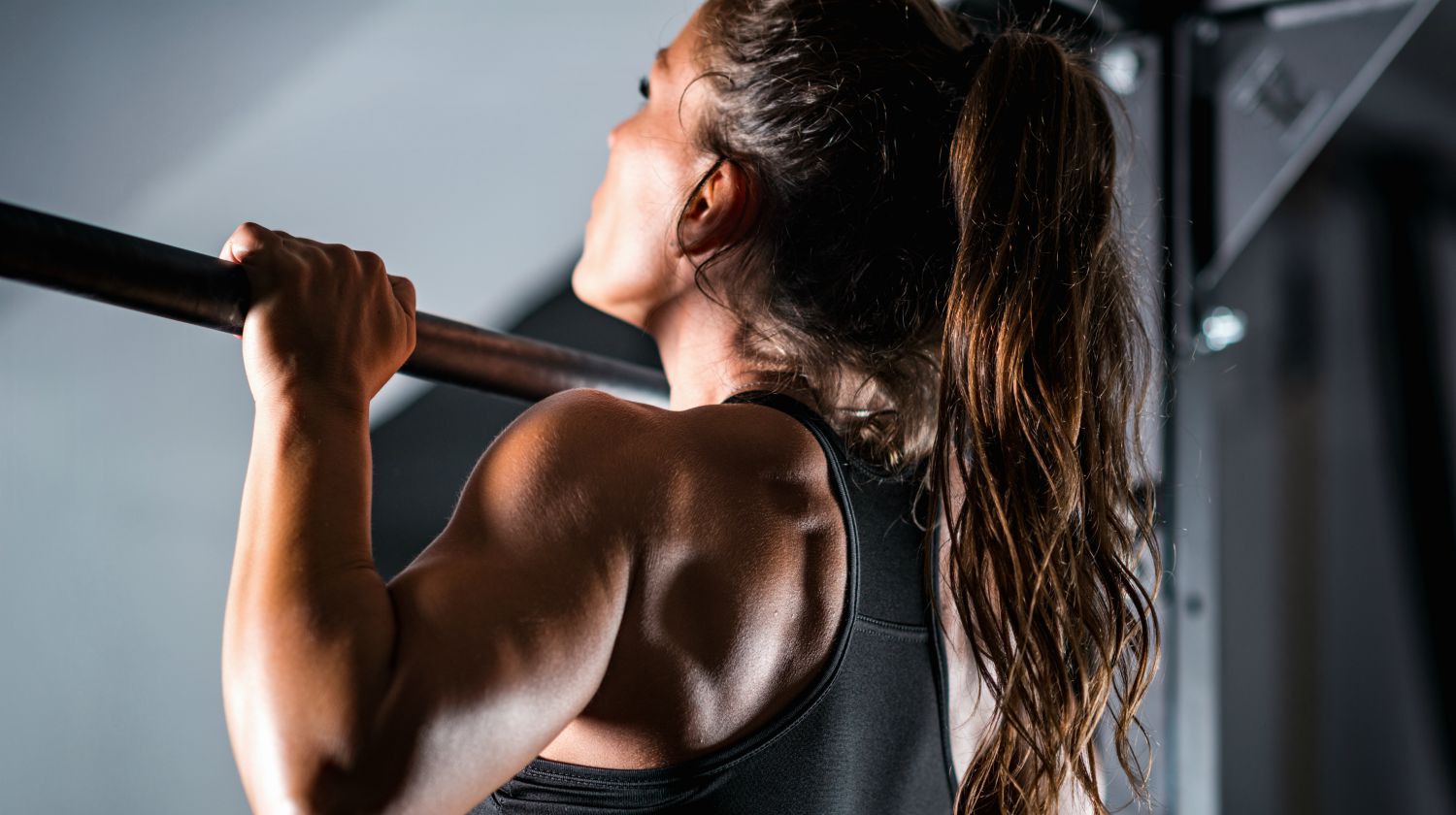 Moreover, if you’re on a program that promises you’ll build 12 pounds of muscle in six weeks, or if you’re determined to add 20 pounds of mass during your summer, don’t be misled. Like I said before – you might be able to add the mass, but don’t think it’ll be all muscle.

Before I get into this subheading, it’s worth back-stepping to make sure we’re on the same page.

Mainstream media fitness resources with an agenda of pushing their products will make sure they blur the lines between two very different things: Weight loss and fat loss. Sure, these two things can happen at the same time, but fat loss is what’s more responsible for compositional change and acquiring a “physique”, so to speak.  Dropping body fat, in general, is a much slower process compared to dropping body weight. Anything from a good bowel movement, to an intense workout, to a day’s fasting session will without a doubt see your scale weight go south. Awareness of these fluctuations is the exact reason why it can be dangerous to latch on to only these things when marking your fitness progress.

If your goal is to drop scale weight, there’s a safe way to do it, and there’s an unsafe way. Starving yourself while upping your workout frequency and duration is an unsafe way. Infomercial product testimonials will boast weight losses of 30 pounds in the first month of use. That’s not sustainable weight loss, and definitely not all fat loss (which, in my experience, is what most people seem to be concerned with when trying to drop their scale weight). By and large, adjusting the diet to contain the proper nutrients and a reasonable calorie deficit shouldn’t lead to a reduction of more than 2 pounds per week to ensure the right plan of attack is being put to practice. 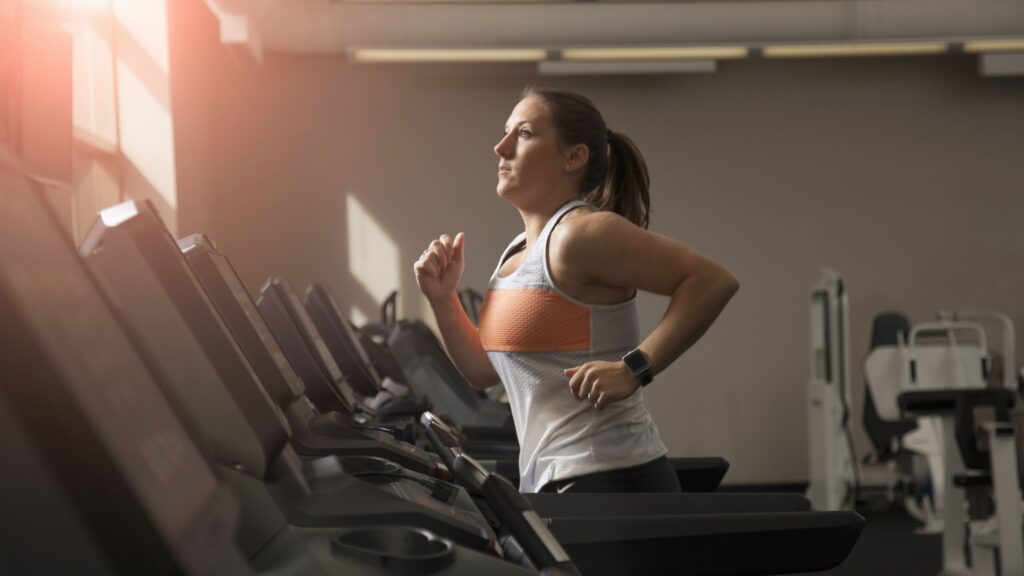 Fat loss can’t be rushed. And your percentage of body fat is a much better compositional indicator compared to simply going by your scale weight. Remember – body composition is one of the 11 components of health and skill related fitness. If you’ve been training hard all year and are only five pounds lighter than you were at this time in 2020, it may be worthwhile to schedule a dexa scan to keep track of what your approximate body fat percentages are. You may have made much more true progress than you think. Personally, I’ve adopted the practice of doing just that, and try to get a scan once very six months.

Of Course, There Are Outliers

If you’ve already heard information like this, then use your head. I’m painting this picture with broad brushstrokes to serve the overwhelming majority of people to whom this info will apply. Sure, there will be the kid who slaps on over 20 pounds of muscle in a year, instead of 12 or 15.  And a morbidly obese client on a weight or fat loss program will more than likely lose weight at a rate faster than 2 pounds per week when doing the right things – especially at the beginning of that journey. If your goal is to nitpick generally reliable advice, it’s probably speaking to the exact mentality that may be holding you back from really attaining the goals you’re after.  Some food for thought.

Moral of the Story

Rather than base things off of what we see in popular culture as the going standard – weight loss products, bulking up or cutting down rapidly for a movie role, pro athletes with their intense training regimens, or a generally skewed idea of health for a fitness misnomer, remember to use yourself as your gauge. Progress needs to be a personal journey. It takes a long time to see results. If they happen in a short time, chances are they’re not going to be kind of results that last.

But really, why shouldn’t it take a long time to change your body composition? Comparatively speaking, is, say, a year of hard work really that long from the perspective of someone who’s spent many more years not focused on those goals? Before this deters you from putting in the effort, and motivates you to join the scores of people who are misapplying a “love your body” sentiment instead, note the silver lining: once you do things the right way, the physical and mental results you get by the end of it all will be ones that last the test of time. Anything you get beyond that, you can consider a bonus. And you’ll be able to teach the mainstream a thing or two about hard work for the long haul.