Enough with the “Functional Training”. You can “Function” just Fine Without it.

The strength and conditioning world has dropped the ball.

In resistance to the revolution circa 2004 which saw every commercial gym under the sun operate on unstable surfaces, smart coaches decided to do more research. Not surprisingly, they noticed that the instability trend was something that had much less to do with “core” and “strength” than many thought. The rise of the importance of ol’school basics began to rear its head, and it made the BOSU-everything programs lose their traction in the training community.

Now, we have access to much more legitimate training methods for good health and performance – as well as size and strength gains if those fit our fancy.

Being in my 11th year in the industry, I’ve begun to notice that its members tend to assume polarizing stances and set up camp within the theoretical bastion that they prefer – and that’s nothing I haven’t talked about before on this blog. The powerlifting crew look down their noses at many accessory movements or high rep training, the strength and conditioning crowd scoff at steady state cardio, and the crossfit crowd still refuse to seek professional psychiatric help.

One thing that’s consistent amongst all these groups, however, is the amount the term “functional training” is thrown around.  To be clear, nowadays everyone seemingly agrees that this doesn’t define standing blindfolded on the BOSU ball with a slosh pipe in zercher hold while performing rear leg elevated split squats.

Ask any strength coach worth his salt what exercises he thinks are most important for a lifter of any level of ability, and you’ll certainly hear a similar list, very often delivered in the same order – a sentence always starting with “squats, deadlifts…” in that order. Really. Try it.

There’s nothing wrong with this. If you’ve read any of my stuff, you’ll know I’ll be the first to vouch for their supreme importance for helping people see results, improve their strength, and even fix many mechanical issues. But there’s a caveat.

The World Won’t End when you Do Curls

Here’s the truth: With all things equal, when you go from not lifting weights, to lifting weights, there’s no way you’ll get yourself in poorer shape or become less athletic as a result. The only thing increasing your levels of physical and weight-bearing activity can do for you is make you stronger, fitter, and healthier.

On the flip side, we need to stop treating ourselves like our precious programming is what fine-tunes our bodies for the rigors of our lives on the battlefield. Because in reality, 95 percent of the time, LeBron James’s program is being fleetingly attempted by Bob from Accounting.  For most of us, our ‘battlefield’ is the office, then the car, then the living room, and then our beds, with nothing exciting happening in between. 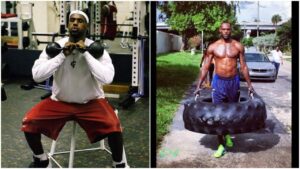 This is where the interesting part about squats, deadlifts and other primal movement patterns of pinnacle importance comes into play. They are touted as functional lifts that our lives and biomechanics depend on.  To a certain degree, we’ve been fear-mongered by intelligent coaches into thinking that we’re really losing ground if we don’t include these lifts in our programs at all times. In truth, the big, promoted lifts are important to have, but we’re not going to die if we opt out of the “functional” primal movement patterns for a day, or even for a phase – especially if we can generally demonstrate that we’ve got a decent handle on the whole ‘basic human movement’ thing. 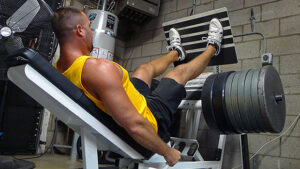 And for everyone who warns that squats, deadlifts and strict presses will have the most real world application and serve us in everyday life during both the expected and the unexpected, let’s be real for a minute. For literally 90 percent of people reading and believing this, the only time each day that they spend actually testing the limits of their functionality is the time they spend right there in the gym. Not outside of it. In other words, most people work, train, and go home to lead otherwise sedentary lives.  When they’re not trying to be a hero in the gym, it’s not like they’re trying to do so elsewhere. Most people don’t involve themselves in a competitive or recreational sport each week, and maybe go socialize or party on weekends.  Very little in typical Western World life poses an athletic threat or challenge to the every day health-conscious person, yet we continue to perpetuate the belief that if we don’t squat, deadlift, focus on forefoot stability, single leg work, and pelvic floor activity weekly, we’re going to get injured. And that’s simply only half-true.

To be clear, all of these movements deserve thorough understanding and execution by any lifter with marbles – primarily because they’ll elicit great training results, but secondarily because they’re healthy moves to have and maintain a good handle on. They exploit strength and mobility of your load bearing joints, and train many muscles at the same time. When we’re older, we’ll definitely know if we’ve been attentive to our mobility and efficiency at compound movements.  With that said, that reality check has to come with a side of balance. You won’t have trouble getting out of bed at 72 because you were leg pressing and curling for half the time instead of back squatting and deadlifting. Give me a break.

Sorry to break it to you: If you don’t get paid to work out or compete, you’re members of the general public.  It doesn’t matter if you used to play sports in high school or college, or if you’ve gotten yourself up to a 600 pound deadlift and a 500 pound squat. Your pursuits for advanced results in the gym are for solely recreational purposes.  And that includes me, too.

For the record, there’s nothing wrong with being a hobbyist. In truth, working out is a damn smart hobby to take up. As members of the general population whose livelihood doesn’t directly depend on our lifting performances, we have to strip things down to the roots and ask ourselves just why we’re training in the first place. We train to be healthy and strong, and avoid becoming decrepit in our older age.  And every last one of us would be remiss to say we didn’t train to look good too.

With all of that said, our choice of exercises definitely plays a role in all of this, but it’s time to acknowledge that the role it plays is actually significantly smaller than most intelligent people are willing to admit – often because they’re afraid to do so.  We keep trying to sell to ourselves and each other that we too are performance athletes, with life as our “sport”.  The truth is, that 12 week phase of mostly single-joint isolation exercises that you’ve been avoiding may be the exact reason your physique or even strength gains are resting comfortably in plateau. 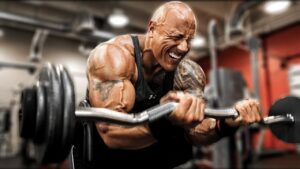 You heard it here first: Generally staying in shape and consistent in the gym forever is going to have a much further-reaching effect in the long term health and injury prevention game than being sure to squat and deadlift every single week will.  Scrutinizing the deepest details of every last joint mechanic that’s hindering you from hitting a 550 squat as opposed to your current 535 PR only serves the recreational hobbyist in you, and its avoidance won’t “come back to haunt you” when you’re lackadaisically mowing your lawn or chopping wood this Saturday morning. As long as your big lifts don’t look like a massive dumpster fire every time you decide to do them, you can get away with some exercise variety, and it’ll probably do your body good. It’s hardly about neglecting certain lifts. It’s really about neglecting to train.

And, let’s be honest… If you want to get really technical, there probably are movements that can be argued to be much healthier and more “functional” for the average adult than doing big lifts with a loaded barbell. Especially since strength training tackles 1 of 11 aspects of true fitness. But before I stir the pot, I’ll just stop right there.