Fat Shaming is in Bad Taste. Let’s not Move to Fit Shaming.

I'm all for BoPo and H.A.E.S... As long as everyone's allowed to play in the sandbox.

Like many of us probably expected, taking up arms to wage “social justice war” often comes with choice members of every community misrepresenting the initiative.  I’ve decided to start off with this statement, to ensure that people don’t miss my point and fill my inbox with hate mail.

What begins as something done in good intention can slowly become tainted and spark a bigger problem than the one it was intending to solve. In the 90’s, models for women’s clothing were 110 pounds.  McDonald’s and Coca Cola commercials featured lean, athletic people pounding back the edible poison that did more than its share to keep the obesity rate alive.  Most other forms of mass media made it seem as though being a certain size and shape should be the norm, or the ‘goal’. If you didn’t fit it, you had some work to do.

Sadly, not much of that seemed to change going into the 2000’s.

Fast forward to today, and many initiatives have moved forward to help people recognize that there’s definitely a greater spectrum than many acknowledge upon which to gauge someone’s levels of health, fitness, and athleticism. To most extents, I agree with this.  No one should be made to feel embarrassed because they don’t have the measurements of Gigi Hadid or Tyson Beckford; BoPo has been instrumental in spreading awareness for this. 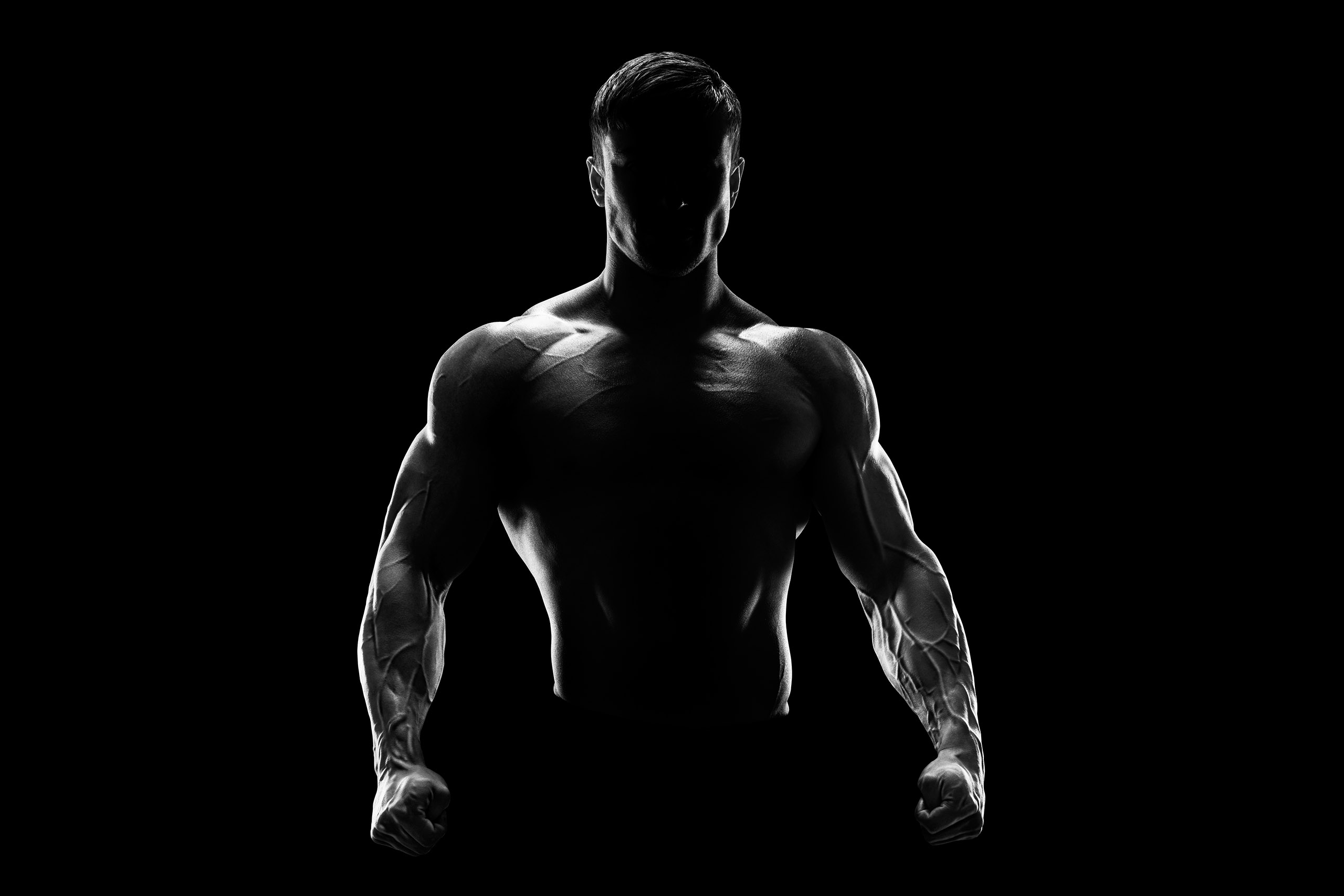 However, the unfortunate “swing” that loomed as such movements have built momentum amongst many of the wrong spokespeople has been nearly inevitable: Many members of the opposite side of the spectrum – those who are leaner, possibly lifelong athletes, and having never had any noteworthy struggles with body weight – are now being put under the microscope for their own dedication to their lifestyle choices surrounding fitness and nutrition.

I have my own views on what has become a culture possessing little to no balance where fitness, health, and one’s personal identity is concerned.  Notwithstanding the fact that such pockets of the culture indeed exist (and such attitudes are even promoted the most on major platforms), it’s not fair to paint everyone in the “physique” category with the same brush.

It’s okay to have physique goals, and it’s okay be inspired by someone else’s physique, if it appeals to you. The moment a well-intended trainee who’s favoured a certain aesthetic for his or her own body starts getting blasted online for being proud of achieving those goals, it completely rocks the foundation upon which any “all inclusivity” ideology is supposedly built.

This is the behavior that can make initiatives intended for good, end up looking glaringly bad.

I’m sure that no legitimate and level-headed supporter of ‘health at every size’ would ever get on someone for getting down to 12% body fat, as long as those goals were achieved naturally and safely. Usually, extreme behaviour comes from fringe proselytes who don’t quite have a complete grasp of all of a movement’s tenets.  The bad news is, the things they say will likely get the most attention, because they’re often the most incendiary and ultimately divisive.

Identifying your life through how much you can lift, how low your body fat percentage is, how muscular you are, or the fine details of your macro intake is probably a big sign of a disorder that I’m not qualified to diagnose. But I’ll be the first to call “foul” if those often classified as “overweight” are the only ones who are cleared these days to showcase their bodies or mention the pride they have for their training with nothing but encouragement and support as a response.

For a while now, I’ve seen the rise of this silent war.  One person brazenly putting it out there for the intrawebs to see, essentially “daring” those in dissent to comment anything negative on their walls or threads.  This is juxtaposed with the person who’s practiced clean eating and hard training habits their entire life being made to watch what they say or post, and how they say or post it, so as to not come across as elitist or a show-off.  Bigoted, condescending statements aside, I really believe that neither of these sides is making the right play here. What happened to a little balance? This shouldn’t be a war, especially not when it surrounds fitness – something accessible and to be enjoyed by everyone. The truth is, there should be no hate placed on anyone who’s putting in the work to become healthy and fit – however that may end up looking in front of the camera or on the printed page. 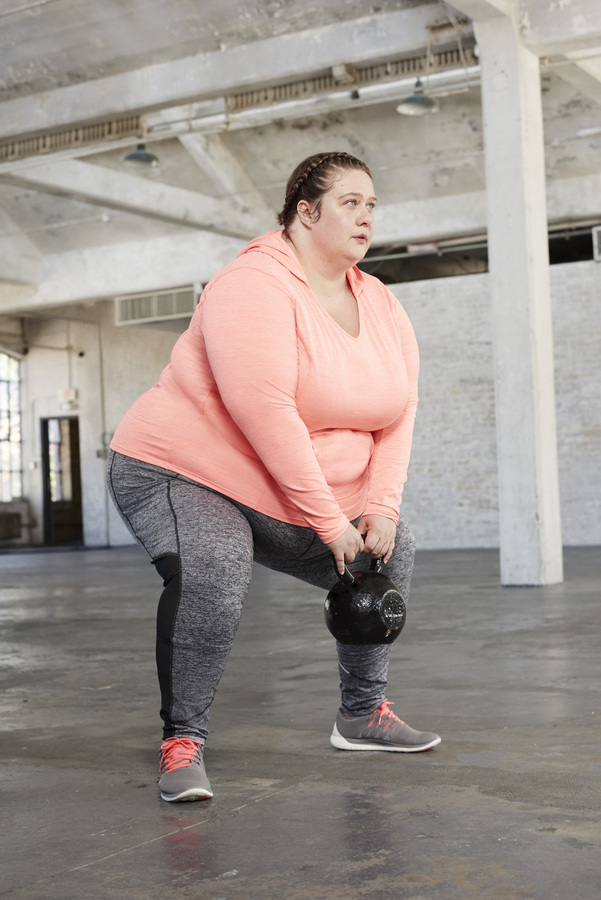 The above points aside, we need to think about all of this from a bigger picture.  The rift this is creating in the fitness community can influence many into thinking that anyone who trains hard, or anyone who surpasses a certain “level of fitness” (objectively speaking, bare with me) as far as body composition is concerned, is now “obsessed”, “overtraining”, “deprived” or otherwise in a bad relationship with his mind and food and the gym. Everybody who’s in terrific shape isn’t obsessed. Everybody who’s lean isn’t deprived. And seeing such individuals in day-to-day life shouldn’t represent a deterrent, nor an example of what not to strive for where health and fitness are concerned. There’s simply more that needs to be factored in and examined than that alone.

Could this quickly antiquate the idea of training hard?

All of this isn’t just a thought, either. There are already successful franchises in existence that make most of their revenue based around the fact that ‘feeling good’ is the name of the game. I’m all for no judgement, but if someone’s being kicked out of a gym for looking too intimidating, how different is that really from telling a large woman doing a conditioning workout in a sports bra and shorts that she should cover up?

To be clear, I don’t have the answers. All of the examples I have related in the last 981 words aren’t meant to represent every last person on their respective side of the spectrum. This is an aspect of the community I believe needs to change, before it does more harm and continues to spread.

Popular culture is interesting, because it takes many major causes and turns them into trends – often to profit off of them in some way. Last decade it was trendy to promote the walk-in-crawl-out gym mentality, the idea of overlooking pain, and other imbalanced versions of being fitness-minded. This decade, you’ll be hard pressed to find a TV commercial promoting the same thing. Nowadays it’s trendy to “do you”, which isn’t a bad message in and of itself… until it gets linked to berating anyone who does make the time to train hard 6 days a week in priority while strictly watching their diet, less a couple of cheat meals here and there.

Blame it on the Internet

What’s happened here is this: Recent waves of thinking have silenced any smidgen of an idea that there are objective ways to determine fitness and health, without doing a full scale diagnostic evaluation to determine it.  Of course, there are countless examples of individuals who are much healthier with a higher body fat percentage and a less ‘coveted’ physique compared to your classic cookie-cutter stock photo workout aficionado. But, there’s a but.  The issue comes when we start thinking about these things in black and white terms.  It certainly isn’t OK to link low body fat to better health when compared to high body fat, nor to link the appearance of a more muscular physique to better fitness when compared to a less muscular one. But it doesn’t mean that in extremely conservative dosages, these statements are so far out of left field that one should be ostracized for ever doing so. We’ve extrapolated “never” from “not always”, and that’s giving people the opportunity to run with the wrong idea.

The internet is a resource for good information, but contains little to no filter to block out irrational reasonings or outright sensationalist baiting that does little to actually solve any problems (and usually creates more). For every one person there is with a genuinely good intention, there come ten more who use hot-button aspects of those good causes for their own agenda – usually likes, shares, follows, and eventually some form of compensation.

To me, the idea of fit shaming is in just as bad taste as the idea of fat shaming. It also strikes me as mostly a retaliatory measure to counteract the bad experiences less-in-shape individuals had to deal with for an extended period of time.  Fat shaming is already such a low blow – so why stoop to it yourself?

To change the landscape of the industry for the better, it’s a smart idea to stop finding things to fight about.  Just like body positive crusaders encourage people to consider the back stories of overweight individuals, it’s essential to do the same before passing judgement on someone who may be a prime candidate for a fit shaming hurricane.  You may be surprised at what you hear.

It certainly is possible for your lean, ripped, muscular body to have been attained without it having been spawned from a concomitance of body image issues, bullying, eating disorders, or obsessive patterns.  Similarly, a lot of our own thinking on these matters comes from a look at our personal environments, experiences, and developmental factors that brought us to the mindset and physical place we’re currently at on our own fitness journeys.  Someone in great shape, whose entire athletic history comes strictly from taking up weight training in the gym as an adult, compared to a lifelong competitive sports athlete who initially used weight training to supplement the sport they played will certainly have vastly different experiences to pull from when compared to one another – and one shouldn’t be viewed as any less valuable than the other.

As mentioned at the beginning, this is supposed to be about achieving balance and being proud of one’s own pursuit of personal health and fitness.

As long as that trajectory remains focused and comes from a good place, then really – who is anyone to be shaming? 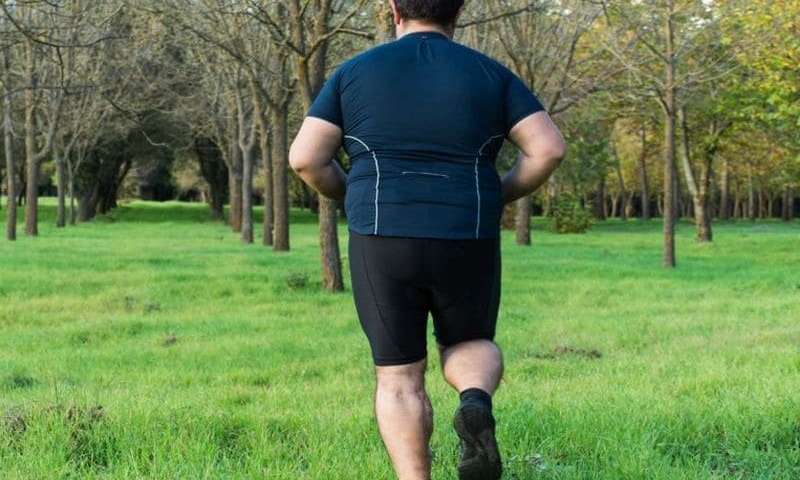