Fitness And Nutrition Needs To Get Back To Reality

It may make you feel smart, but it makes you look stupid. 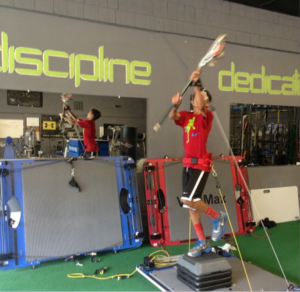 There are umpteen new fitness trends developing per month, each one of which kills 3 kittens when attempted. The idiocy being promoted by “fitness experts” who, in truth, are likely in dire need of money, drives the innocuous consumer into finding validity through the Shake Weight, and other corner-cutting products like it.

This blog article isn’t a rant about the above, however. I’ve written about that before. Much rather, the good coaches and trainees who show a much more intelligent mind towards fitness training and health, are slowly digging their own hole, and digging a grave for the validity of the fitness industry in the process.

I like cars, so here’s an example using them as the subject. The Hyundai Genesis coupe is a 38 thousand dollar car, fully loaded with all the features – Navigation, leather upholstery, heated seats, a sunroof, a 3.8L 348 horsepower engine, and an extensive list more. This is a 38 thousand dollar car that, in terms of specifications and options, can compete with sport lines of German classics like Audi, Mercedes and BMW.

But there’s a reason it’s 38 thousand dollars. Because it’s trying to be something that it isn’t, and the truth shows through.

This analogy is true of the fitness and nutrition industry. It’s got all the “stuff” to make it worth a serious consideration from a technical, scientific perspective. That’s why there are 4 year programs of post-secondary study wholly pertaining to this industry, which I’m happy to be part of. But if you compare its level of needed and applicable technicality to an industry like, say, rocket science, molecular biology, or genetics, you find out that it just doesn’t compare.

Bite Your Tongue, Naysayers. I’m Not Finished Yet.

The fitness industry is becoming unnecessarily “hyperscienced”. The application of science is a good and extremely needed thing when it comes to working with clients to achieve goals. An argument can be made that all the studies and detailed minutiae can have application to a client. That’s where I disagree.  And that’s where I find the fitness industry is trying to be something it’s not.

The truth of the matter is this. 90 percent of the people who would benefit from a professional who’s taken the time to study the ins and outs of exercise science and nutrition – minutiae included – are those who need to make the most simplistic lifestyle changes, and who need the most basic programming and dietary guidelines to see results. And not just some results. Lots of them.

It’s good to gain knowledge as a personal trainer, strength coach, or nutritionist. It’s good to learn the sciences and explore the depths of those sciences.  It’s just important to know that most people who approach you for help will likely require the skills you developed at the entry level.

People Don’t Take Care Of Themselves.

I’ll go out on a limb and say that one or all of those three points apply to 90% of Western society as we know it. At least one of those points can be a viable reason that someone is coming to you for your expertise. It’s also a viable reason that North America is the fattest continent in the game.

Lack of sleep, not enough training or general exercise, and not enough training specific to improving strength can sum things up on a general level, whether you’re an executive or a skilled sports athlete.  Office jobs and one – sided ball sports both present the same outcome of creating severe muscle imbalances which can be cleared up with intelligent and basic training methods.  A smart coach will know what methods to apply when.

The “hypersceince” point I raised above applies to both coaches and trainees creating the fitness and nutrition programs of in-season professional athletes, who get paid to train as a full time career. People don’t seem to (want to) realize that following the same conditioning program as Sidney Crosby won’t elicit the same results since only one of you has been playing competitive hockey without letup since age six.

You’re likely someone of much more “real world” characteristic, who gets paid to do something much more sedentary in nature – likely in a seated position.  Jumping into a program that involves pre-workout preventative maintenance for your TVA, Infraspinatus, and pectineus, then CNS activation, followed by ballistics, followed by periwrokout nutrition, followed by timed plyometrics (since too long a ground contact minimizes power production, which can limit the amount of type II muscle fibers activated per rep, which can minimize metabolic stress), followed by more peri workout nutrition, and then eccentric-less sets to preserve the central nervous system, and then functional isometrics superset with lateral stability exercise to target multi-planar force production, then 20 minutes of cardio at exactly 68.7% of the max HR while wearing an altitude mask, and then a post-workout shower that involves cold water hitting the sternum (which can increase testosterone release), followed by a high protein meal of organic meat, cruciferous vegetables and tap water (not bottled, due to mineral warnings) consumed in that order, is an unnecessary transfixion for a run of the mill guy or girl who will get results just fine by applying consistency to a basic lifting program, eating good foods, and resting a sufficient amount each night.

Cool, but why’s Bob from Accounting doing it for his conditioning workout?

Many of us seem to be in a frenetic rush to get to the faux “elite level”, that we decide to treat ourselves like we belong to, via the way we train our bodies. This catatonia has made itself even more rampant through the self-aggrandizing (read, insecurity) that permeates social media.  The truth is, my pro team strength coach friends say that that only comprises a quarter of the work they do with their athletes. The rest comes right back down to – you guessed it – the basics. Take a hint, people.

I’ve said before that I’ve never seen an internet troll who weighed over 200 pounds.  It’s a strange coincidence.  Well most of the people who have the coveted bodies many aspire for, aren’t splitting the atom when it comes to the particulars of their programs. They’re just eating well, training hard, training smart, and training consistently.  They didn’t get their first set of solid foundation-based results from doing anything more than the things I just listed above.

This is a painfully simple programming week that I literally put together just now, in the 3 or 4 minutes of time it took to type this out. Obviously, a few minor modifications would be in order, but I can bet your bottom dollar that most people reading this would see great results in muscle development, conditioning, fat loss and overall fitness by consistently doing just the above for an 8 week stretch. My point: Simple is good, and simple works.

But you don’t have to believe me if you don’t want to.

The good news about the Hyundai Genesis coupe is that it’s a great car with a solid set of tools needed to get the job done on the road or track. But it takes the right driver to realize that it’s not the same as a Benz, and it shouldn’t be viewed as such. Fitness professionals spreading the good word about training, nutrition, and programming have all the tools to make a superathlete, but need to know that we work in a service industry for the general public, and that most of the diminutive technicalities need not apply to the average Joe, upon whom the simplest approaches will elicit great results.

You May Feel Smart Doing All That Other Stuff, But At The End Of The Day, You’ll Probably Look Stupid.