If Fitness is your Identity, I Offer my Condolences

Being fit should give you perspective on reality and balance. Not make you lose sight of it.

As always, society finds a way to make an example of the hard time it has demonstrating modesty or balance. I’m not about to act like I’ve got the answers, but for a fitness professional, it brings up some alarming observations worth discussion.

The reason why is because fitness should be all about balance. It’s a pursuit of health, it’s something to be enjoyed, and it’s important for our physical and mental wellbeing. The second it’s not treated with the proper balance of respect, most of the above goes out the window.

There’s a huge part of society that needs a club – a figurative gang or camp to belong to, in order to validate their self worth and create their self identity. In my arena, it usually manifests itself in the form of a fundamentalist identity as a “lifter”, or a “vegan”, or a “CrossFitter”, and the list goes on.  A feeling of self-identity through any of these things may not seem wrong or harmful, but remember the primary point of fitness training and good nutrition: One’s health.  As mentioned, that includes both its physical and mental aspects. Too often one or both of those seem to get compromised.

The whole “warrior”, “militaristic”, “hardcore competitor” thing can get old fast, and often leaves no room for other things – like life. Or compassion.  Or growth.  The thing that I’m most concerned about isn’t the here and now. It’s the “what next” component of fitness. When people are fixated on hitting goals and being in “beast mode”, I wonder what they think of doing next once they’ve reached those levels – you know, aside from setting fresh goals and finding a new hashtag-worthy zoomorphism.  Outside the gym, when people can’t go 10 minutes without talking about something training related, or nutrition related, or making a fitness joke, I wonder if there’s anything else they think about, or any hobbies they have outside of training. 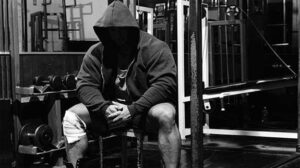 And if you’re not sponsored, or a competitor, or an athlete, then you’re just a lifter. If your entire life revolves around your training, is there a happy medium to give your psyche some balance?  I don’t have the answer.

Partially thanks to social media, and partially thanks to what I’ve written above, many people feel compelled to act like without their quotes of motivation and arbitrary life coaching, someone out there will lose their battle with obesity or just cling to their torpid ways.  The amount of times I have seen one’s achieving results in the gym (or oiling up to compete in an open physique contest) become twisted into a didactic “success story” of headline magnitude has been enough to kill the sentimentalist in me.

Congratulations where they’re due, but I believe those accolades should start and end where gym life is concerned. The moment an attempt is made to make preachy dissertations full of uninspiring platitudes about life, success, and a “journey”, I tune out, since none of those things depend on having developed muscles. 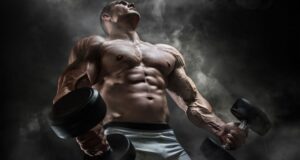 And this isn’t confined to weight training gym rats either. The high number of faux-powerlifters who shave their heads and grow big beards while trashing anyone lifting sub-maximally and using exercises outside the big 3, or yogis hashtagging “Namaste” without even understanding why or what it means, or vegans who go so far as to say meat eaters should die (if you’re brave, then click), don’t seem to be thinking this all through too thoroughly from a bigger picture.  All three of these are examples of people who have let the culture of the community they’ve decided to involve themselves with, seemingly consume their lives.

The Problem with the “Perfect” Role Model

The thing is, to become the way many of the examples I’ve detailed became, they needed to learn from someone’s example. And this is something I’ve done my best to highlight in other writings: If you’re going to model your training or lifestyle after one of the greats in a sport or industry, just remember to go ahead and include the imbalanced, clinically obsessive roots that they most likely spawn from.  Reading that once may sound like a downer, but there’s plenty of truth to it. There’s a rose-colored myth that goes along with the life and lifestyle of the top tier athlete – one that only shows the rise and never the fall, nor the (for lack of a better term) “PTSD” that comes from life after competition.  For a long time, a sports athlete’s identity is wrapped up in where they place, or how much they lift, or how athletic they can stay. Despite the admirable dedication and commitment that comes with pursuing those goals, “but then what?” still lurks as a question in the back of the mind, as one’s career or athletic potential reach their limit. Once a competitive career is over, the fallback is often deep.  Many top athletes need full time support systems – and many of us are caught trying to mimic them with much fewer resources at our disposal. 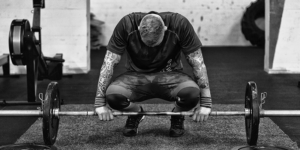 It all builds to a big question: How do we push ourselves to be our best, while simultaneously staying out of our own destructive way, and ultimately lead a fulfilling life, defined by more than that singular pursuit? Is it even possible?

To answer that at least partially, I think it comes down to examining our own behavior where the above subheadings are concerned, as I believe they can set a stage for the derailment of balanced goals, if we let them.

There are some cases where obsessing over training and diet, and making it your life can be warranted – like in the case of a person at severe health risk. But even in that case, that period of imbalanced obsession should come to an end in favor of an outlook more balanced in nature via sustainable habits.

Your long term health will most definitely have a shelf life if your entire self-worth is validated by a need to belong to one of many bastions existing within the health industry.  Having community support for your training or diet goals is cool – until they escape the boundaries of training and diet.  If something happened, and you couldn’t practice what you’ve immersed yourself in (at least not properly or completely), it could lead to dark times and a grim outlook; which means you’ve missed the point with what was supposed to be a healthy pursuit.

I’m not implying that it’s a bad thing to be one half of a couple who lifts regularly, to have a goal for a 650 pound deadlift, or to aspire to have the physique of an action figure.  I’m implying that if training and eating well aren’t a chore for you, it means you’re already off to a good start. Preserving that mentality comes not from how you train and eat, but more so from whom you choose to associate with, learn from, and model yourself after. A little tunnel vision never hurt anyone. If you’re able to stop beating yourself up over missing a day, missing a PR, or cheating a meal, it probably means you can last a night out without your gains on your mind.  That’ll probably give you an identity and fuller life outside of your already well-established identity as someone who’s fit.

And it’ll probably make you a pretty good friend too. Just sayin’.