Fitness Trainers: Why So Serious?

It's a science - but sometimes we forget that we wear hoodies, not lab coats.

I take a lot of pride in what I do, and am the first to recognize when it’s taken for granted.  Believe me when I say it: the personal training industry – complete with its weekend certifications and Facebook fame – leaves a very large stage for ridicule, if the right person wanted to take a shot at it.

It’s a sure smack in the face when I hear the question I’ve heard numerous times from an outsider when they find out I work with fitness clients for a living: “Oh, that’s great! And what do you plan to do after?” Thanks to social dogma, the worldwide misconception of fitness trainers being mere paid motivators who solely rely on a drill sergeant persona and physically training alongside their clients is something that will never die, until we target the general public and focus on better educating them towards a sufficient baseline of fitness knowledge. Until then, I will belong to a perceived sandbox industry that’s only a lily pad towards a “real job” – You know. Ones with ties and briefcases and stuff.

Maybe it’s for this reason I see so much compensation amongst fitness professionals, comparable to Napoleon syndrome for the vertically challenged and unhappy.  It’s kind of funny.  Backlash to this is usually a swing in a direction that could easily deter more people from the industry or their own health consciousness than it helps.  A conjured and superfluous job title, a lengthy biography along with purist extremism usually isn’t a wonderful combination for people who want to have the greatest reach in helping the most people. In my short time on the scene, the amount of Body Transformation Specialists, Fitness Engineers, and Physique and Performance Optimization Experts have job titles that are only fooling the stupid. Most of the masses will still call them plain old personal trainers or coaches – the same way the world has much more comfortable alternate names for Transparent Wall Technicians and Sanitation Engineers. 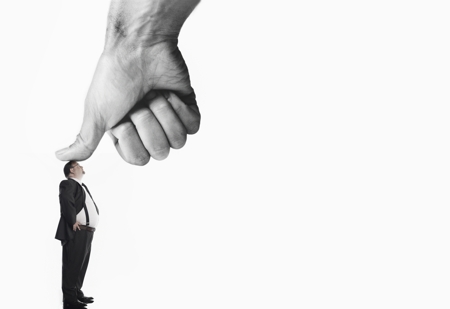 Embrace it. And get the convoluted jargon out of your vernacular. Some of the discussions I find myself pigeon-holed into on my social media completely exhaust the minutiae of a topic that would probably apply to one of every 100 clients I meet. And the kicker:  By the time I met them, fitness pundits would probably have birthed 3 new philosophies on the topic. Long story short, it can be an energy-waster in replacement of things more important.

That’s not me selling out, nor is it me giving leeway for ineptitude.

If you’ve followed my previous work, you may know that I’m of the belief system that formal in-class education is not the be all and end all to excelling in the practical field of personal training. Moreover, many people don’t absorb information delivered in the same form.  Having 10 academic degrees and another 10 exercise certifications is quite the feat, but at the end of the day, it’s worth asking if each of them largely changed the way you do what you do in the gym compared to the last.

In its harlotry, CrossFit has quoted the “most, most, most” approach to their methods (that means using exercise technique that’s appropriate for the most people, most of the time, under most circumstances).  That puts my point into better context. This directive includes allowance to go outside the boundaries of good form and technique for the sake of a better performance, as long as risk and reward is properly understood. Insisting proper technique when and wherever we can help it is our role as coaches, and shouldn’t be compromised as client safety is something I believe should top the list of priorities in this work, right alongside general client service.

But with all of this said, it’s worth mentioning that corporate disrespect aside, we need to know our role and place in the secular world.  Too often, trainers take the rap for exercising outside their scope of practice – diagnosing injuries, using manual therapy maneuvers, or giving dietary and supplement guidelines that go beyond “general”.  Aside from the obvious issue of it being illegal, it raises the problem of clientele being exposed to a higher probability of receiving the wrong advice. That just makes us look worse, and doesn’t keep the wellbeing of the client in first mind. Given we don’t have licensure to practice other disciplines, our role as trainers should be centered around training, and nothing else.

Many upstanding trainers who are sick and tired of this go about taking their stand against it in what I think are the wrong ways.  If you think about the job of a neurosurgeon, molecular biologist, astrophysicist, or any other multisyllabic job title, we can conclude that a high percentage of those lines of work rely very closely on punctilious scientific details.  Deviation from very direct scientific methodologies can destroy the outcome of plenty of the tasks at hand.

I’ll preface this next part by stating (or re-stating) that as a coach, I’m a stickler for the implementation of scientific methodology when it comes to program design, exercise technique, and other important aspects of training. But I also try to recognize that as professionals we can try to go head to head with the best of them and attempt to out-science one another with research that, though valid, may not have too much influence over the way we train our clients or ourselves for results.

As I’ve spent an increasing amount of time practicing this craft, I’ve gone through different “phases”, which I suspect is natural for most professionals in their growing period.  I was the BOSU ball, bands, and flash connoisseur when I started out, and when I learned more, I became much more of a purist who wrote off most exercises that weren’t the foundational big lifts as being useless. Similarly, many can adapt the thinking that the more scientific you get with basic jargon and programming complexity, the better it is, and the more impressive it is to clientele.

At its core, being a coach or trainer involves a human perspective that is rooted in education, and by extension, simplification of deep subject matter. This is the element most people in the above group don’t want to account for.  Like I said above, there’s a chance it may be because of an inferiority complex when comparing our allegedly playgroundesque job to white collar professions – with such an approach being the best method to validate our relevancy.

Flexing your terminology guns wherever possible and harping on people who don’t use a similar approach to their training methods is only as good as the results it gets your clients.  And I can speak from first-hand experience when I say that most clients don’t care.  A person who’s paying for a trainer’s service is usually interested in two things:

I always think about old school martial arts movies where the student learns from the Sensei that the fight tactics they’re being taught are very special and should only be used when necessary.  This isn’t to say your scientific knowledge as a fitness coach should be repressed or avoided; on the contrary, it should be simplified, for two reasons: 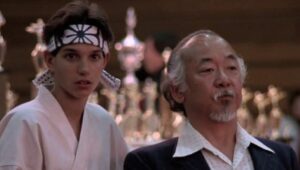 Having a wealth of knowledge should open your eyes to just how little many people need in order to see change.  Especially in the Western World, most people don’t take proper care of their insides, and also aren’t strong.  Being able to take an objective step back and think about that – without the science – can make your job simultaneously more effective and stress-free. And it’s a real mark of a good coach (and also a good student) when he can take complex information and make it easy enough for a child to understand.

As I may have alluded already, all of this applies to lifters just as much as it applies to trainers.  Due to many lifters’ habits, they never even reach the “advanced” level as trainees, despite working out consistently for years.  The usual reason is because the basics weren’t respected as, well, the basis of their workout system. Jumping from one advanced training method to the next without respecting the importance of repetition for mastery only frustrates one’s ability to see long term results based in a good foundation.

There’s nothing wrong with doing an exercise, coaching an exercise, or recommending an exercise because it “just works”.  A smart and experienced coach will always be cognizant enough to make modifications due to special cases, but all of that is contingent upon a special case existing in the first place. The truth is, minus a few particulars, you’re probably no different than most other people. The same goes for your clients.

The truth is, the world of fitness has far more science to it than most people want to acknowledge. But I believe there’s not quite a matching amount of applicable science to compete with many other science – intensive professions, and we need to recognize that.  It doesn’t invalidate what we do, it just makes what we do unique.  It can largely improve the breadth of knowledge a fitness professional can possess, but that knowledge is most useful when it’s delivered to clients in a way that’s understandable and actionable.  We work in a playground helping people get in shape.  At the end of the day, a good coach and lifter will go with the methods that safely cause the best results. No matter how simple or unsexy.  Playing it smart is always a wise choice.

..Until you try to outsmart that.