It's easy to get caught up. Let's make sure you don't fall victim too.

I’ll be honest – it’s been a while since I’ve felt inspired to make a blog article that stays in keeping with my usual editorial vein. With that said, I waited it out.

Also, I’ve been nurturing a new distraction that I added as of last October: An Instagram account.

If you’re not new to my content, you’ll know that biting the bullet and setting up an IG profile is a pretty big step, based on how generally against social media I’ve professed to be.  Staying committed to adopting the fitness-only, methodical approach to its use has been what’s kept me excited over having it, so that explains that.

All things considered, I’m glad I did the Instagram thing. It’s a good platform to reach people, but it also creates a brand new window through which I can see the fitness industry and its culture. And I think after year of being an IG user, I’m finally in a place to render my thoughts.

We would do well to remember (at as early an age as possible) that despite our greatest wishes, fitness, fitness culture, “gym life”, or whatever you’d like to call it is not an accurate representation of real life. The “go hard or go home” mantras, the mean-mugging at the dumbbell rack, the pre workout supps, the powerlifting or strongman daily motivation, or the addiction to “gains” are all things that a very small percentage of the population can relate to. Admittedly, it would be a great thing for more of the general public to be conscious of their fitness and willing to take action to better themselves. But let’s not use “being a gym bro”, or a “meathead”, or a “fitness junkie” as euphemisms for actually being cultified, obsessed one-trick ponies. Because doing so comes at a price.

Typically, those ways of thinking and self-identification ignore a more sensible “long game” way of thinking. It’s nice to think that you’re a “beast” who squats till he pukes. It may even feel nice in some masochistic way to do just that in a given workout. The idea of “leaving something in the tank” certainly isn’t encouraged as part of such an extreme approach. And it’s an approach that I still see promoted more than the opposite in the gym. That’s a problem. 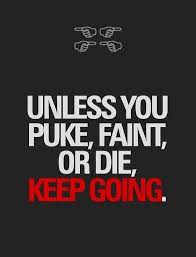 To that, I ask a question:

If this is REALLY about being healthy at 80, how are you training now?

Do your pre workout supps, extreme diet regimens, overtraining, 2-a-days, unnecessarily intense workouts, or even steroid use lend to the idea of sustainable health and wellness?

Let’s take this a step further. How about constantly and solely training for new strength PR’s?  Looking to continually add more and more muscle to gain more size in the name of getting “swole”? Abhorring cardio in fear of losing max strength or size?

See, all of these lines of thinking actually can hold a reasonable argument when approached with at least a semblance of reasonable moderation. Unfortunately the sensationalized fitness culture won’t have that. It doesn’t sell. Hardcore sells. 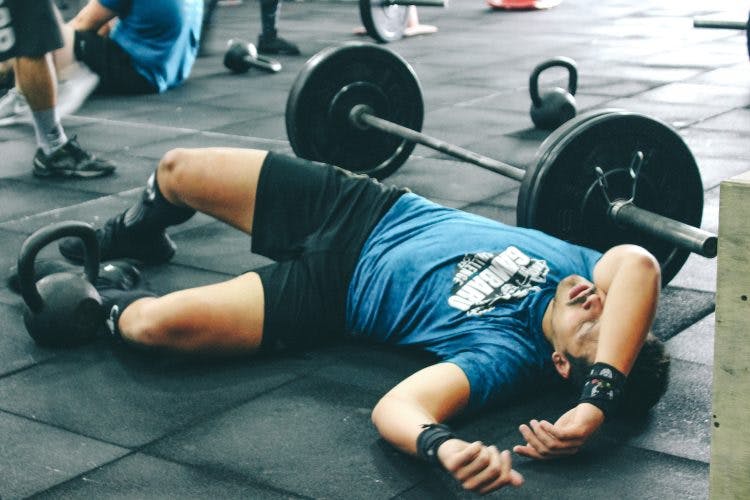 Earn the right to claim “healthy”.

This is going to hurt some people.

Fitness culture will also flip-flop at the convenience of the person on the big platform as regards what this should be all about, and what goals to strive for – let alone what to be commended for.  To be clear, any forward movement toward better health and fitness is a plus, as long as it’s beneficial. To some groups, the term “healthy” transcends a physical appearance or body composition, has a lot to do with mental health, strength levels, diet, and an individual’s movement capability and quality. To other groups, “healthy” means a lean physique, stopping at nothing to achieve the next PR, and pummeling the body in the name of those things, while leaving cupcakes aside until the next “cheat” meal, which could be weeks away.

Both of these models are partially right, but partially wrong.

Credit where it’s due to forward movement in the fitness life, but we need to stop cherrypicking our fitness goals, and then presumptuously claiming “fit” once we’ve reached those goals.  A powerlifter who eats everything under the sun in the name of pulling 800 or pressing 650 isn’t in shape – even if he achieves that. A muscle-bound lifter struggling to scratch his back or wipe his bum, who overheats in the summer, and gets winded walking up to his 3rd floor apartment when the elevators are down isn’t in shape. An obese person who has dropped a few percent body fat, found a better relationship with food, and is making strides in the gym isn’t in shape (yet). As different as all three of these examples are, they are realities that need to be acknowledged.

It’s hardly okay to gauge one’s fitness level based solely on physique or appearance. But that doesn’t mean that doing so is never accurate. And yes, compared to obese, relatively lean will still be generally more healthy and capable, 9 cases out of 10.  Compared to emaciated, muscular will still be generally stronger, 9 cases out of 10.  My point is this: Health comes in many shapes and sizes – it really does. Bodies differ. But don’t use that very argument as a way to jettison the idea that chasing great improvements in your overall health is certainly possible and attainable; within YOUR potential to achieve. We can’t lose perspective or context. It’s easy to pin the “I’m in shape” stamp on any given accomplishment nowadays, since we’ve established that health can come in many images. But knowing that doesn’t automatically mean you’re healthy.  That takes a much closer look, and a lot of honest, hard work.

So what does it mean to be “in shape”?  Granted, maybe the meaning is more fluid than it is black and white. But a good place to start is by simply remembering that health and skill related fitness comprises of 11 components (some a bit more important than others). With that in mind, it serves us well to address all of them in some capacity if we want to really make strides toward overall health and wellness. Start by choosing an area or two where you suck, and making some strides. 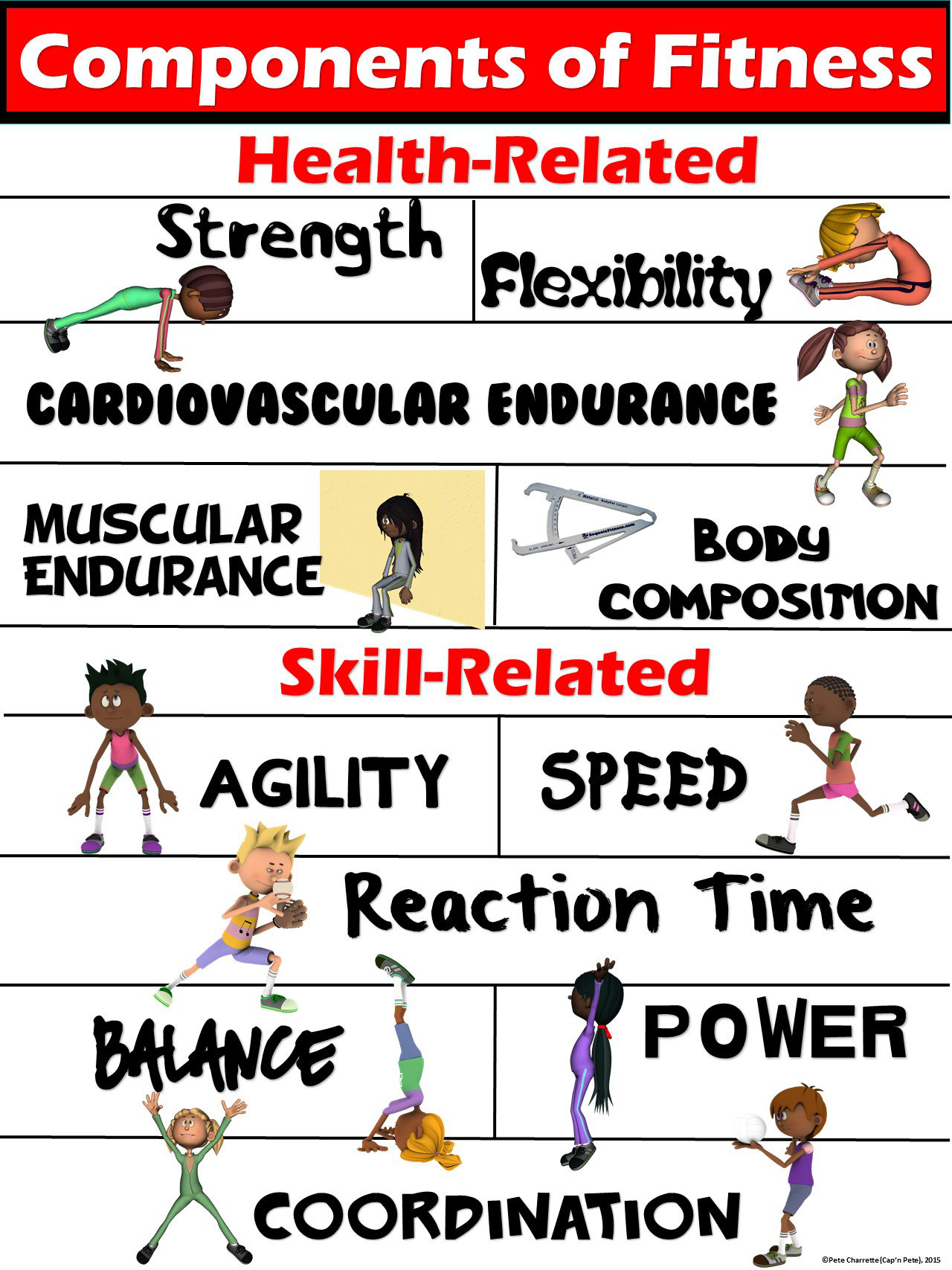 On Instagram: Don’t Ruin Fitness for the Rest of us

Speaking of sensationalized fitness, social media has to be the leading culprit. In a medium where people are already used to only posting their “highs”, throwing the gym into the equation hardly makes for a better representation of what this “healthy living” thing is. All of the negative aspects I’ve listed above are usually portrayed under a very positive, and even admirable light when it comes to social media for these very reasons.

If we want to promote a better mindset toward sustainable fitness training and a balanced, down-to-earth view of health and fitness with no nonsense, it’s going to take a reality check. These are the platforms we have available to use as a sounding board to deliver a better message than what’s manifest today, and each of us needs to play our part in doing so. That means cutting down on the obscenely difficult workout trick posts that would never usually make it into your programs.

Similarly, it’s very hard to take a nearly naked selfie as an act of confidence, or even as a fitness “progress update” when it’s alongside dozens of other nearly naked bathroom selfies on the same wall. Worse still if it’s juxtaposed with a hashtag of “thirsty Thursday” (Yes – that’s a real hashtag. Thirsty Thursday.) or something similar.  Fitness can no longer identify solely with these things.

Enough with the daily thirst pics. Confidence and clothing can successfully coexist. Instead of encouraging everyone who works out that their increased confidence earns them the rite of passage to overexpose themselves on their social accounts, why not crack down on the oversell of sexuality and (often self-induced) objectification that makes the fitness industry much of what it has become today? And let’s not act like every last one of these people were “lost” until they found fitness to give them their so-called confidence.

Ain’t nothing wrong with selfies – even if they’re not my thing, it doesn’t mean it’s a problem to take them. But for the sake of sanity, at least mix it up. Rest assured, people have a good idea of your physique, especially if your wall is festooned with pics from prior bathroom photo-ops. We’re seemingly nearing the point in time where it’s become an act of confidence for a fitness enthusiast to keep their clothes ON for social media, rather than take them off.  Tell me I’m wrong. 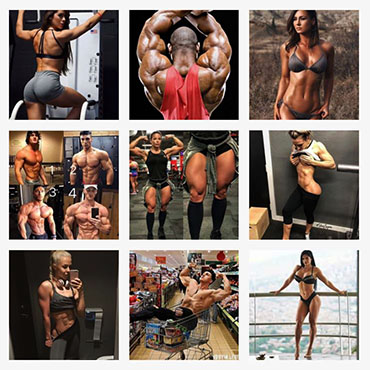 This all caught me off guard, being newer to the Instagram world. It’s a subsection within a subsection of life. Gym culture can’t be identified with by most of the outside world. And Instagram fitness culture shouldn’t be identified with by most of fitness culture.  But if you can’t put your phone down when you’re at the gym, and the 4000 accounts you follow on IG litter your newsfeed daily with more of the same fodder, then you’ll probably become an unwitting prisoner of that matrix.

The fitness world is one of implausible contradiction. It’s probably a reason why so many people refuse to even get into it in the first place.  In truth, I can understand that. It contains many examples of folks who have decided to wrap their entire identity up in something that clearly isn’t sure of what it is itself.

If you’ve read this far, you’ve probably got a pretty open mind toward fitness and health, and a level head to boot. I’d implore you to use your platform as a fitness enthusiast, hobbyist, or even a fitness professional to promote fitness for what it should be – a vehicle toward better health. Not something more than it is, nor an excuse to perpetuate the unflattering stereotypes about the culture.

You’ll have a smaller voice than the majority for now, but you’ll be staying strong in the game at age 80, leading by the example you set today.