If your Gym Membership Costs More than your Mortgage, You Don’t Care about your Health. And Neither do They.

You're probably paying for the name, and they know it too.

In the western world, we can’t avoid one truth: it’s hard to find someone who wouldn’t relish belonging to something special; something elite – a cut above the rest.  It’s that very perception of importance that makes many say they’d prefer to drive a Benz over a Kia, given money wasn’t an issue. 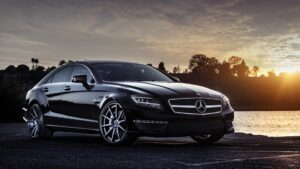 Credit where it’s due; in the case of many elite or supposedly high-end things, there might be a fair difference in quality, but it’s also clear that part of the accompanied super-inflated pricing is in place for a consumer to pay for the brand, and not much else (just think of high end fashion). Beyond a certain point, there are only so many bells and whistles that can have a dollar figure attached to them to separate the wheat from the weeds, and most consumers know that they’re overpaying for the sake of fetish, or insecurity – or both.

In my city, there’s a gym space on every corner, fit to meet your convenience.  You can’t go too far without running into a commercial chain gym, since nowadays they pop up like Starbucks.  Basically, if you want to get in shape, you can do so easily.  Unfortunately, it doesn’t seem like every one of those gym spaces is committed to making the public healthier, for the same reasons I mentioned above.

I’ve been either a member or an employee at all of the following: a grungeyard style meathead gym, a trendy, vibrant commercial chain gym, a chalky barbell club, and a posh high-end boutique studio. The prices per month for a membership varied from dirt cheap to obscenely expensive.  Beyond a slightly better maintained, cleaner space, cuter change rooms and maybe some scented body wash, I have to admit that I didn’t see a stark contrast between any of these spaces when it came to what mattered – availability of machines, sophistication of equipment, quality of customer service, trainers’ capability, and other attributes when comparing the expensive “elite” places with the dirt cheap ones – at least not enough to  justify membership dues that are up to 10 times as costly. If anything, a trainee might even get a better workout at the cheaper places (more on that later). 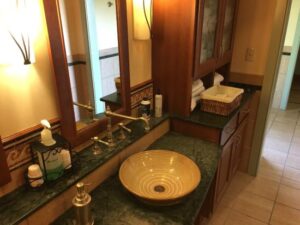 It all begs the question: Why do elite gym spaces try to cater to the elite at all?

With effort, anyone can go to the gym and get a great workout in (and ultimately results). Where they train is less important than simply getting the job done on a consistent basis. With that said, a well-off, white collar, middle aged man isn’t doing himself any additional favors by spending 200 dollars per month on a gym membership that caters to the 1 percenters, and that 200 dollar-per-month gym isn’t doing society any favors by making their “public” facility inaccessible to that other 99 percent of our out-of-shape society due to its hefty price point.

But my issue with all of this isn’t what you think it is. If you want to feel special, or you really think fresh towels, lavender soap, and a doorway greeter amply justify an extra 150 bucks per month, that’s fine. Flush away.  I’m sure people spend their money on much worse things.  The problem is the fact that many members of the general population also trick themselves into thinking that the amount of money they invest into their fitness will pay its dividends in the form of great results – without an environment, dedication or equipment that can truly foster them. It’s definitely natural to anticipate linearity to an unnatural correlation: The better the gym, the better the workout, the better the gains. The truth, however, is far from this. And the proof is in the pudding.

Though it’s not everyone, it sure is something I see all the time – Clients will pay through the nose for something like personal training sessions, thinking that their act of signing on the dotted line has brought them closer to their weight loss goal in and of itself.  Then the ensuing high cancellation rate takes them away from their goals, and not towards them.  In the case of gym memberships, it’s both funny and ironic that I’ve noticed the lowest percentages of fit people happen to belong to the most expensive gyms in the city.  And people in the best shape generally belong to much more moderately priced gyms, without all the extras.

If you’re legitimately there to train, the space shouldn’t matter. The latter crowd seems to get that. If you’ve gotta get on your horse, chances are, getting coddled and hot-toweled at a state of the art facility won’t always be in your best interests. Especially if you know you’re just paying to belong.

A Game of Extremes

This doesn’t mean you have to drop your membership at the Pearl club and join Planet Fitness. But it does highlight that to an extent, if your mindset isn’t right, you’re probably going to be more susceptible to becoming a product of your environment. And that can be kryptonite for someone who’s in dire need of training gains and physical results in the gym.  In the extreme cases of membership sales – the 5 dollar per month versus the 200 dollar per month – you’re going to see your share of things that detract from an atmosphere to foster awesome results.

Gym owners want to separate themselves from their competition by offering services or facilities that are a cut above the rest. That’s actually a good thing. Good service attracts more business. So does a beautiful space. But when a member is forced to pocket-dive just to fund the Netflix on the treadmill TV’s, the indoor waterfall, the 4-ply toilet paper or the plush towels, I have a hard time thinking that that gym owner’s focus hasn’t strayed from solving the obesity problem in the western world. It’s become more about creating a certain culture that a dollar amount can be attached to, to say you belong.

I do think that different gyms should have different pricing for memberships – depending on what you get as part of the deal. Forget personal training; if a client just wants to get in for his or her own great workouts, within reason, that should be something most members of a given demographic should have the opportunity to do. Of course some gyms will be on more expensive real estate, have more space, better upkeep, better equipment, a more competent and experienced staff, and maybe a few perks, but the amount that gym charges to step through their doors should be delivered in fairness, and not bloated for the sake of an iniquitous gain. Playing the honesty game may be a step down in perceived elitism, but it’s probably going to get the right kind of people in the doors to make it a place for seeing results.  And if you think about it, that helps everyone involved.