Healthy Competition is Dead, and it’s Ruining our Youth

When did we all go soft?

I’ve written a lot on the dangers of pushing yourself beyond a threshold, both physically and psychologically as a lifter. Especially in the case of the latter, it’s a toll that few people even know they’ve paid, since it’s all shrouded under the concept of good health.  These key dysfunctions somehow go unnoticed in a world where social group after social group fervently searches for a level playing field and no negative judgment (read, accountability) for most of their actions. Instead, what becomes more important are things that, in many cases, do nothing to move society forward – especially where health and fitness are concerned.

I’m not sure where we lost the ball, but we have, and things have changed. In the gym life, extremist behavior towards working out too hard, making unrealistic goals, applying the wrong mentality towards training, and letting popular people in society influence training regimes has become a norm. It’s paralleled by a swing in the other direction in defense of the crowd who enjoys the illusion of results without the hard work or fair investment of time and money to get there.  The nascent gym chains and social movements that thrive off of their political correctness often don’t know where the line should be drawn.  The result of this affects our youth.

What I’m trying to say is, the spirit of competition is alive – but it’s in the wrong places. The same goes for the idea of finding balance, knowing when to ease up a notch, and not to think so much about chasing the elite. Each characteristic is actively in effect, but each in a place where it’s of no real service.

When you flashback to high school, middle school, or even the grades before, you might remember things like being on a sports team, making the honor roll, or having the goal of going to college or university. For me, and probably many people, there was a major turning point of social acceptance when I became a better athlete. In no way is this right or fair, but it’s a reality where I lived. All of the things above require a distinction between those who stacked up to a specific cut, and those who didn’t. And truthfully, that can be said about most things in life.

Bringing that conversation to organized minor sports is what created the inception for this blog article.  I’ve come to learn that in a growing number of grade schools, sports teams have adopted mercy rules, forced substitutions or even benching if a player or team is too good.  I find this infuriating. My stance on issues like this can be summed up in one request:

Stop awarding athletes for participating, and just award them for winning! 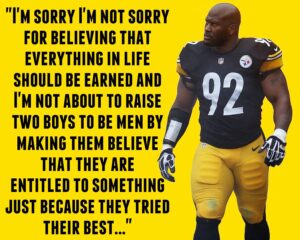 All things equal, participating isn’t an achievement.  We as an adult society seem to want to come across as tough, independent, mature, and able to handle what life throws at us, while simultaneously looking for gold stars of positive reinforcement every time we cook a meal, show up at the gym, or have a productive day at work.  This mentality is being reinforced to adolescents by praising winners and losers with no distinction.  Now, from a plain old primitive point of view, it seems asinine that a sport or game can be played without acknowledging a clear winner (or few winners) above the rest.  It’s usually the whole point of an established competition.  Frustrating an aspiring athlete’s ability to grow, compete, and ultimately log his hours on the field or court building competitive experience due to the fact that “no one else is getting a turn to score” shouldn’t be that athlete’s fault.  This could ultimately be the difference between a kid making it or falling short of his true potential as an athlete down the road.

Listen to me. I probably sound like a vicarious father, convinced beyond the shadow of a doubt that his ungainly 7 year old is the next LeBron James or Usain Bolt.  Let me make a couple of things clear:

For the record, apply the “mercy” rule, the Madre Hill rule, and anything else you want when there’s nothing depending on it. A PE class where participation alone is part of the curriculum is very different from a school team at any level, with tryouts, practices, playoffs, and championships.  If you’re a part of a school or rep sports team, chances are you care about winning more than someone who’s not.  Your efforts should be specially recognized if you and your team are successful.

For 95% of young kids involved in organized sports, the sad truth is that where the sport is concerned, they have no future. It’s what makes organizations like the NFL, NBA, NHL and IAAF what they are today – organizations reserved for the elite of the elite.  But saying this all shouldn’t mean we groom today’s youth to stop trying. Giving praise where it’s due for things outside of winning (like hard work, sportsmanship, teamwork, and the like) is necessary. Understanding at a young age that having fun is a key baseline is just as important. But here’s where people usually mess that up. 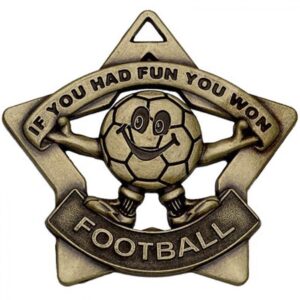 When I was growing up, the “having fun” talk was meant to remind us that we’re playing a sport we love, and regardless of the outcome of the game or meet, it’s a great thing to be doing so. It didn’t exempt us from trying hard nor make us decidedly ignorant to the fact that this is still a competition at the end of the day. There’s a big difference between being sportsmanlike and putting a ceiling on your potential.

The Flip Side of the Coin

If you’re gonna let the kids play, let them play to win. I’ve been beating you over the head with a theme that could basically be summed up with that sentence.  With that said, my thoughts can still easily be misconstrued as those of a bullheaded ex-athlete who lacks perspective on the bigger things sport can bring to the table.

So let’s look at this all from the alternate angle, and address those same bigger things while at it. At any level, real, organized sport isn’t just about winning and trying to make it to the pros. It’s also about teamwork, learning about yourself and others, communication, problem solving, and maturity. Competing as an individual or belonging to a team can be a silent teacher for many life lessons – especially when it comes to dealing with defeat.  Here’s a fun fact: I made my first sports team in the 8th grade, after 3 failed attempts prior.  I only had a couple of short years where I was winning a lot as a track athlete – mostly as a senior in high school. At the next level, as a varsity sprinter and long jumper in university, I was okay. Just okay.  I was able to stick my foot into a National Championship meet one year as a relay sprinter, and placed in the top 3 in a small handful of meets over my varsity career as a jumper. 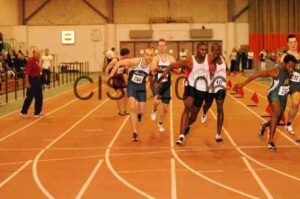 Learning to accept being beaten by another athlete, to accept losing a spot in a national meet, to accept just missing a medal, and to deal with other disappointing scenarios probably did much more well than bad when it came to maturation, skills of troubleshooting, conceding with grace and class, and having a drive for a best-of-self attitude.  To sum up, for the reasons above, I think the act of awarding winners in junior sports is actually a much more important and necessary process and experience for the losers!

It’s truly ironic that the region of the world that is in so many ways focused on moving forward would be willing to groom the future of its society into thinking that wanting to win is something deserving deeper and more cautious thought. One can only think that the linkage this can have towards taking ownership of health and fitness later in life could be a strong one – regardless of which extreme it falls under.

By the way, there are people who exhibit great qualities who have never touched a sport in their life. I’m definitely not saying that being involved in sports as a kid is the “only way” there is. I’m speaking to one crowd with this post, to grasp perspective of the implementation of competition that’s being overlooked.

For the sake of the kids, choose a league that makes the other players cry, and stomps their butts into the ground.  It’ll pay off in the long run.