Actual Fitness. Not one idea of it that fits the current, trendy social climate.

There’s no real way to slice it: we’re losing our way.

At the behest of social media and other forms of distraction, we’re getting caught up in a matrix of wanting the next best thing, while simultaneously being offended at it when it comes out. It’s hard enough trying to keep up with a system that’s basically designed to shorten our attention spans, but it’s even harder understanding why we’ve decided keeping up with it should be prioritized. That comes with consequences.

Oddly, today’s culture has placed fitness and healthy living under a microscope that it probably never wanted to be under in the first place. The simplicity of pursuing a healthy lifestyle by way of a good diet and exercise has become contaminated by a number of outlets that are actively looking to detach personal health and wellness from the notion of self-respect.

I wasn’t alive in the 50’s or 60’s, but a look at grade school recesses and gym classes during those time periods from around the world expose a major difference compared to what they are today. Of course, this is a more loaded than can be covered in one paragraph, but the main takeaway here should be the fact that society needs to stop turning a blind eye to the idea that there indeed is such a thing as being “out of shape”.

And pointing this out isn’t “shaming”.

People who are intentionally offending people on or off the internet may do well to think more carefully during a given situation or circumstance. But so should people who are very easily offended. No one ever mentions that side of it.

Whether you want to gauge this by your feats of muscular endurance, muscular strength, body composition, aerobic capacity, or your diagnostics and health risks, there’s no getting around it. A prudent individual who’s truly health conscious will do what’s possible to address and improve as many of these components as possible without exclusion. 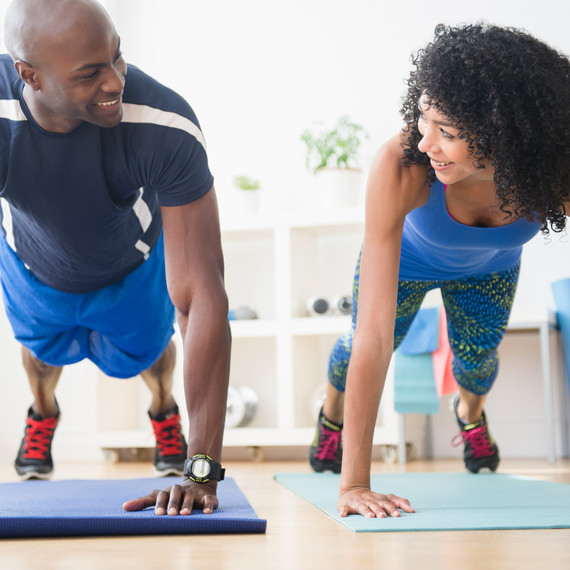 These are non-negotiables. Your heart will not care that somewhere, someone with a waist measurement that equals their height is deemed in “great health”. We need to get real about this and start calling a spade a spade. Not doing so will result in more of exactly what’s happening; the act of pursuing greater fitness as being less popular and undesirable.

Whether you want to pinpoint earlier trends like the dad bod, or focus on other things in today’s current climate, there’s been a shift away from the idea that it’s possible for much of society to get into better shape, fitness is at least somewhat quantifiable and definable, and that those two realities are actually very good things.

Of course, there are people with physical disabilities or limitations that prevent them from taking an extra step in certain directions. We’re not talking about that here today. And one more thing this isn’t, is an elitist diatribe against everyday people who are in poor health and fitness. I’m not callous enough to think that there’s only one way to look or train, or one common goal to have. My contempt comes toward the mindset that no matter the effort, no matter the present state, and no matter the shape, size, or time spent, we can all be considered “in shape”; that the concept of “poor health and fitness”, by that rationale, doesn’t really exist.  That’s a dangerous mindset to adopt, and it ignores the truth that everyone can improve in some way, shape, or form where their fitness is concerned.

That is what should make the concept of fitness and notion of a healthy lifestyle so welcoming and all inclusive – the fact that there’s a place for everyone to fit in, train toward fresh goals, and see them through.

But hasn’t been welcoming. Focused gym culture has begun to clash with mainstream lifestyle culture unless it follows a very distinct narrative: One that lauds people for taking the plunge (this is good), and making goals – so long as those goals have absolutely nothing to do with improving body composition or linking aesthetics or one’s weight to anything productive.

I get it – we’re neck deep in a society that’s steeped in superficiality, and decades of mistreatment of the human body, hand in hand with people’s self-esteem has scarred the industry and perpetuated many mental health issues. But latching on to the extremes of this reality is where things go south for a far greater number of people; many of whom may not fit into these categories.

In truth, to me, that can be more dangerous than not working out at all. Especially for beginners. 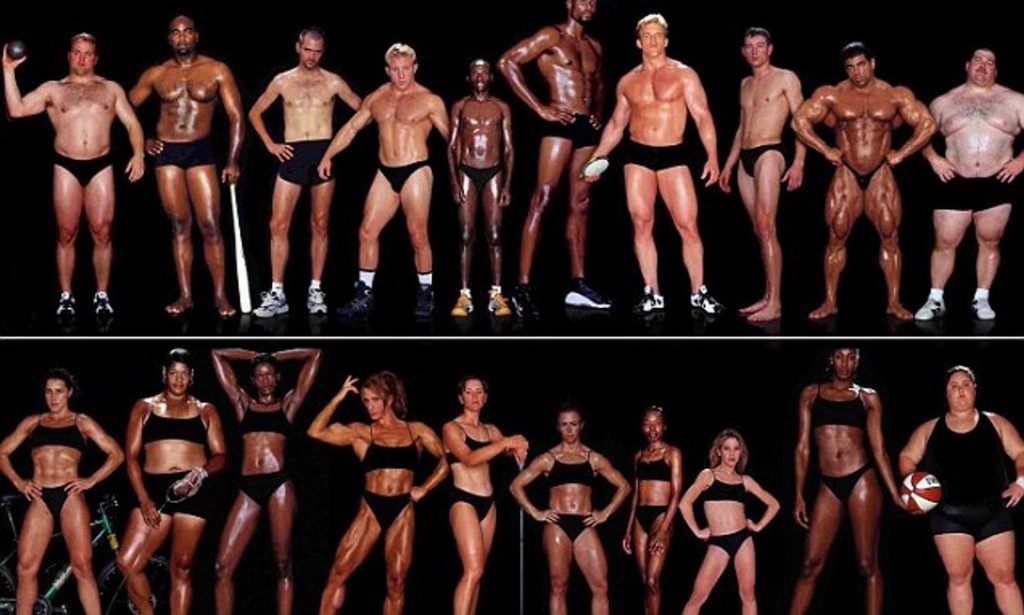 And anyway, why are metrics of weight, measurements, or body composition the only stigmatized parts of today’s training game? By the same logic, shouldn’t we be just as unconcerned with how strong we get, or our tracking of progress in those departments of performance-related fitness? Someone who trains to lose body fat in the pursuit of better physical and mental health might get ridiculed in this day and age. Someone who trains to add strength and lift heavier in the pursuit of the same outcomes – improved physical and mental health – gets applauded. We’ll speak highly of someone who is stronger than they used to be as a result of a year’s smart, hard work in the gym, but it’s become a taboo to speak highly of someone who’s leaner, more muscular, or lighter in scale weight than they used to be as a result of the same efforts. Strength and body composition are both legitimate components of health and skill related fitness. So if the “leaner = better” narrative has been put to bed in a hurry, why isn’t the idea that “stronger = better” put under the same scrutiny?

Pursuing fitness should be a priority. It’s not “phobic” to generalize that there are typical and fairly consistent physical indicators in the everyday world that indicate someone as in better shape, fitness, or health than another. Just like it’s not sexist to generalize that most women will typically possess less height, or upper body strength than most men. In all cases, of course there are outliers. And they’re outliers because they neither comprise nor characterize the majority. Stop clinging to those outliers to base the entire argument around. It distracts us from the fact that fitness – you know, the act of becoming fitter – is a valid and desirable goal for an individual to pursue. And it has several markers. And as you truly get fitter, your body will probably begin to change. It’s part of the package. That should be exciting.

The title of making fitness desirable is about as literal is I could get. We’ve stopped making fitness – true fitness – the old school indicators of it – something desirable, mainly in the name of tiptoeing around the subject to be politically correct. The fact that the truths above are still very much in existence should not discourage a person who’s not muscular, lean, strong, or a clean eater from coming into the gym and taking part of all the benefits it provides. It should simply instill and reinforce an adjusted thinking to set the tone for their training and give them more clarity to help them establish their ”why”.

People train for different reasons – and those include mental health, self-esteem, or completely non-aesthetic goals that still improve other aspects of fitness – but that shouldn’t make those same people turn a blind eye to the reality of the situation. To an extent, both fitness and health are tangible. To an extent, they’re demonstrative, and even visible.

And above all, both should definitely be desirable. 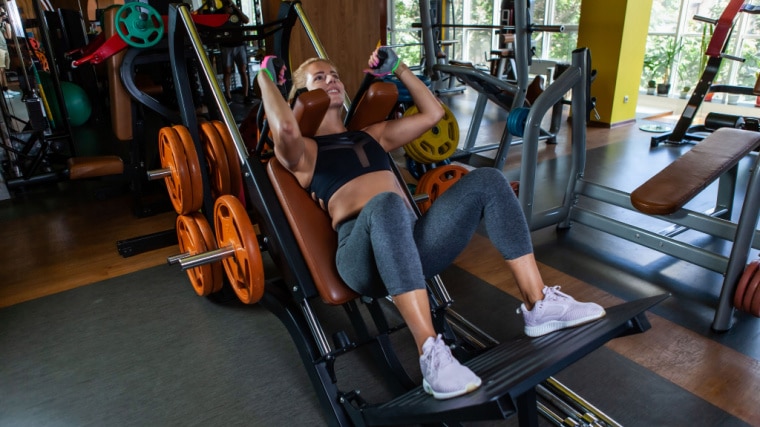 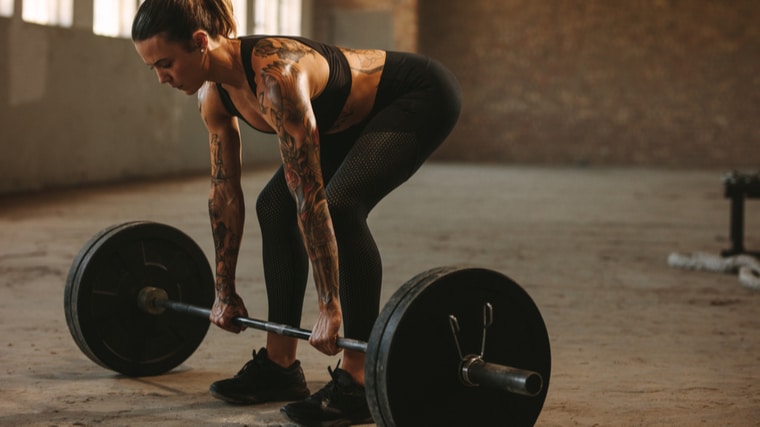