Lame Tiddlywinks Exercises That Are Actually Worth Your While 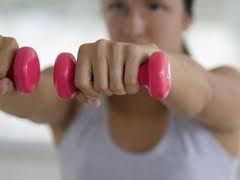 This is probably in good timing since my last post was all about prioritizing the big movements.

As I mentioned, many gymgoers both choose to believe, and are erroneously taught that they should be doing every assistance exercise under the sun while avoiding the continuous practice of the primal movements until they’re “ready” to train them.

Once more, muscle imbalances are always going to be present, and the worst thing you can do for your body as a healthy lifter is NOT practice the primal patterns. It can create a domino reaction of issues as you struggle to achieve proper technique down the road.

With that said, there is a time and place for supplementing your workouts with assistance work that can help you get better with the big stuff.  It takes a discriminating mind to be able to filter through the moves that beat a dead horse, and focus on ones that are actually productive – i.e. dramatically help things like shoulder or hip mobility, stability of the knees, or allow a lifter to properly channel forces.

There is definitely a significant list, but I’ll share a couple of exercises that I’ve personally had plenty of success with when training clients (and myself). I go to these moves frequently when compared to other exercises of their kind, and I can’t say I don’t note improvements in performance. Often times it happens even during the same session.

For me, that’s money.  Most of the folks I work with are office guys with pretty important jobs and full families, who are looking to drop 20. Though their intentions are good, the idea of solo workouts and accountability to homework prescribed by a trainer isn’t quite conducive to their schedule or lifestyle, and though they may exhibit some discipline with their diet, it usually happens in seasonal “waves”.  Their 75 hour work weeks usually make the times they see me, the only times they’re training for the week. Then it’s back to the desk to be glued to the computer once again.

If “correctives” are meant to correct, it’s not going to happen in harmony with what I just listed above. To me, it makes sense to go for the accessory movements that have the most bang for their buck, correction-wise, so that I can do my best to keep my focus geared towards having them practice the lifts they should be doing – not only for their health, but also to best attack the goals they’re primarily paying me to address.

WALL SLIDES – BEEN THERE, DONE THAT!

So we’ve all heard of scapular wall slides.  They’re a pretty basic movement that folks will have clients practice to achieve better range of motion at the shoulder. Maintaining all the points of contact on the wall (heels, butt, upper back, head, elbows and wrists), perform an unloaded shoulder press action with the arms.

A good movement, but it’s easy to “graduate” from the basic wall slide.

For a beginner, they’re worth their weight in gold. The problem is, these correctives also need progression – they shouldn’t end when the client gets proficient at them (unless it translates into absolutely perfect reps in the shoulder press).  This movement is really nothing more than a simple motor pattern. Though it shows improvements in mobility, it doesn’t reflect the strength of the external rotators of the shoulder and the retractors of the scapulae when a client gets better at doing them.  That’s one reason why I’ve noticed the rate of improvement in this exercise in particular is quite fast.  Here’s what to do next:

Once we’ve mastered the standard wall slide, all we really need to do is add a little resistance to the movement to ensure that the rear deltoids, rhomboids, and mid traps are fighting the propensity to give up their involvement. Even 10 pounds of resistance poses a significant challenge with this exercise, so don’t load up. Remember, it’s still an assistance movement and should be very focused towards the key areas mentioned above. Even though there’s no wall in the video I’m using, make sure to stay focused on the path of your hands and arms remaining vertical, and not being pulled forward. Also, if you’re good enough to be doing these, you’re probably body-aware enough to feel for excessive back arch. Don’t let it happen, and don’t lean away either!

This bad boy is pretty straightforward in that it hits the stabilizers of the knee in a direct way – by making the knee travel forward over the toe to do it. There’s nothing wrong with training this pattern, since we exhibit this in everyday life. The blanket cue of not letting your knees pass your toes while baring load turns a blind eye to functionality, and even basic skeletal anthropometry (refer to large 6’4” black male authoring this blog article).  The heavy quad emphasis in doing so attacks the muscles that directly surround the knee, especially the VMO (or “teardrop” muscle) which can really have a positive effect on tracking and knee strength overall.

Knee stability, quad strengthening, and ankle mobility rolled into one.

Another thing I like about Peterson step ups is the fact that they’re easy to monitor progress. If you’re doing great with a 12” box, move up to a 16” box. It’s that simple.  Depending on how you do them also, you will be able to simultaneously train the ankles to become more mobile, which is an often overlooked key to deep squatting. I fell in love with this movement when I decided to give it a fair chance with a D1 football player I was working with. His injuries started to disappear, and his squatting strength and performance while we were training made leaps and bounds.

This exercise is harder than it looks. Dead bugs simultaneously can address several things, including: weak or inactive lower abdominals. Their involvement can definitely counter low back overarch and severe forward pelvic tilts. Dead bugs can increase their activation, along with promoting proper diaphragmatic breathing patterns and improve force transfer from lower to upper body.

To do them, lay on your back with the arms held up against a wall, just shy of lockout. Bend the knees and keep the feet and lower legs parallel to the floor.  You should almost look like you’re sitting on a chair, though on your back. Press hard into the wall, and while maintaining this pressure, remove all the space from underneath the lower back. Slowly perform “footsteps” by lowering the heels to the floor in an alternating fashion. Paying attention to all these cues at the same time isn’t an easy task, and 30 “steps” should feel like hard work.  If you’re deadlifing or pressing submaximal loads (like, under 80% of your max), then this is a good exercise to sprinkle in as a filler movement, to assist your subsequent sets of the lift.

Poor core transfer and stability? Ain’t nobody got time fo’dat! Use these to aid the issue.

That’s all, folks – A group of 3 of my favourite go-to correctives for preventative maintenance.  Of course, I’ve neglected to add plenty of mobility based drills, and other light resistance training exercises that deserve their place in the conversation, or at least an honorable mention at the end.  Again, I’m relating three moves that I’ve been able to consistently rely on for a direct carryover to improved performance in the big lifts. There’s stuff I left out for the glutes, hips, elbows, and more, but I stuck with 3 of my faves. Otherwise this article would be 10,000 words!  Remember to keep the important stuff in prime light. If you’re going to opt for assistance exercises, it’s important to think about how they transfer to the main lift they’re meant to assist. Your list of 60 correctives may shrink down substantially if you do just that.