Let’s Be Honest: Even Though you Work Out, You Don’t Care about your Health

If you did, your goals would probably be hella different.

As adults, we look at the vulnerability, innocence and impressionable nature of children with smiles on our faces, knowing that those days will soon be gone come their maturation to adulthood.  Although the term “mature” is extremely subjective (especially in this day and age), we can all agree that most of society undergoes at least a modicum of transition to deem them capable of taking care of themselves to some degree.  It’s the reason that grown-ups jaywalk, drink alcohol, drive cars, cook over hot stoves, and can even trust strangers with a discriminating mind.

Surprisingly, the same independence we earn through years of experience seems to disappear when popular culture and the media take a stranglehold on our minds and lives.  All of a sudden, we’re coerced into doing something, wearing something, or thinking something because someone famous did it, wore it, or thought it first.  Apply this all to fitness, and 90% of the self proclaimed fitness enthusiasts seem to turn into automatons who structure their goals around everything other than what they should – themselves.

I smell the rebuttal coming, so I’ll say it first: Getting yourself to be really strong, really big, really lean, or really athletic all have your hard work, effort, dedication and consistency as common denominator. In that sense, it does structure your goals around you. But every time I receive a magazine cutout, instagram snapshot, or celebrity comparison from a client asking to look the same way, it triggers deep thinking.

Beyond that, there’s one more important thing to consider: In the world of health, fitness, and athletics, the people that the media usually put on blast are the mere 5 percent of this population who are absolute freaks of nature.  The same goes for the typical work ethic that the layperson is to emulate, too.  It’s new. It’s cool. It’s what you should be doing, and what you should be trying to do if you can’t.

This dilemma leaves the rest of the fitness industry – divided in their philosophies as they might be – in limbo, deciding which ship to jump on as regards the way they train their clients, and the way they train themselves. All of a sudden, propagating a method that preserves safety and teaches movement takes the back seat on a money-green gravy train that has several rows. 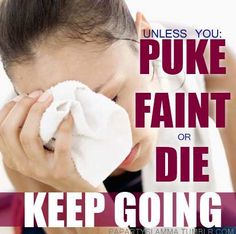 And that’s the state of the industry, like it or not. The healthiest people who have the most level-headed work ethic or ideologies fade far into the background to make room for the guy doing the splits between two chairs with 100 pounds over his head.  Because Ronnie Coleman said his only regret was not having done more reps with 800 pounds on his back before having career-ending surgery, the public substitute their feelings of pity for feelings of inspiration, not for a second thinking they’re setting their own stage for the would-be pigeon hole of short-term fitness obsession.

First of all, it behooves that remaining 95% of fitness enthusiasts to acknowledge something: You aren’t athletes. I’ve been reinforcing this for the greater part of my career, because a growing number of overzealous lifters shun important training principles to follow the LeBron James workout in Sports Illustrated.

Second, this doesn’t only apply to those seeking athleticism. It’s cool and recommended to carry muscle size, low body fat, and plenty of strength – as long as those goals are made with long-term sustainability in mind. Despite your best intentions, they probably aren’t.  Some extreme results many seek just plain don’t last the test of time, and that should be a sign that those results weren’t meant to be for most people who seek them. The here-and-now mentality of today’s society can sometimes make a person stop at nothing to get the look, gains, or result they’re after.

Of course, none of this is glaringly evident when you’re 25 or 30. Packing on slabs of muscle and downing an elixir of supplements before crushing a triple bodyweight strength workout probably makes a young lifter feel like he’s at the top of his game and invincible. Seeing your training journey through rose-colored glasses is great for the ego, but a crash is coming for those who aren’t cognizant of the fact that they won’t be able to perform at this for too long.

How sustainable are your goals?

A Slice of Reality

It’s a bizarre fortuity that the sad news of the death of well known street fighter and mixed martial artist Kimbo Slice came to the fore this very week. Early reports attributed the death to heart complications. Spare the fact that I don’t know the fine details, it implores one to think a bit longer and a bit harder about reasons a guy who, all things equal, was in tremendous shape compared to the typical dude his age, is lasting roughly half a lifetime.  Whether recreational drugs, steroids, and stimulants were in the mix in this case, I’m going to go forward and say I’m sure tipping the scales at as much as 280lbs past age 40 did not do much to help the situation.  There can’t be too much good associated with hauling around that much mass – muscle OR fat – to be managed by the heart of someone who was already no spring chicken.  From what I’ve seen, it doesn’t seem to work out often.  I’m not saying there are no big guys on the planet who make it to retirement age, or that everyone’s goal should be to get down to 175lbs as soon as they pass 35. That would be ridiculous. 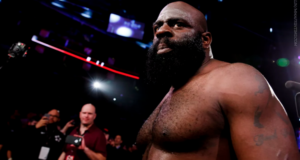 As a bigger guy myself, I know what it’s like to feel like a gelatinous waste after walking up 16 flights of stairs the day someone pulled down the fire alarm in my building. The quest that many young, recreational lifters go on to get as big as a house are completely unsubstantiated and hardly serve as a worthwhile pursuit  for long term health.

By the way, this by no means is to be viewed as a deterrent – if you want to be a big jacked bodybuilder or strongman, do it. If you really want to take drugs to get the cosmetic or performance goals you’re after, do it. As long as you enter those processes with a mentality that that look and those gains should probably have a shelf life for the good of your own health.  Too many people miss that part.

It’s not just about putting on size, however. Looking at the title of this post, it’s interesting to consider how many different ways exercise can discredit the body with the passage of time.

Maybe “discredit” is a strong word.

But what I’m saying is this. Many people never acknowledge the fact that most forms of exercise actually present both a cost and benefit that should be considered. It’s not “instantly good” on all fronts as soon as you step into a weight room, onto a track or field, into a swimming pool, onto a treadmill, or into an aerobics class.  When they’re not pushing a hardcore or bust mentality, large media platforms make it seem like you can do no wrong using any of these methods, and public health guidelines further mislead people into thinking that minimal effort (like walking 3 days per week for 20 minutes, and gardening twice per week for “strength”) is just perfect for you to be able to be a functional human when you’re 70. The short and long term aerobic or cardio-respiratory benefits that one method may provide would meet the joint health disadvantages that may welcome another form of training along with it, or even in its place.

I believe that though smarter overall methods of training should never be abandoned (I’ll leave the details for another article), that I’d be remiss if I didn’t mention that a health-conscious adult looking to stay in good shape for the long haul surely should undergo at the very least a slight change when it comes to his or her areas of focus in the gym.  In other words, most people shouldn’t – and probably couldn’t – train the way they did at 23 when they’re 72. Knowing what physical capacities are likely to have a few more limitations than they used to should result in addressing those limitations in the gym. Cardiovascular health, mobility, strength, flexibility, and of course maintaining a low body fat percentage all matter, and it’s not as easy to get away with completely neglecting any one of these areas of fitness, which is what most people do in favor of their aesthetic or ego-driven goals.

That’s kind of my whole point to writing this. Appreciate that as your age changes, your training should too – at least to a degree. It doesn’t mean making a 180 degree turn is in order for everyone reading this, especially if they’ve been practicing decent habits to this point. What it could mean for this crowd could be doing exactly the same thing, but doing it with at the very least a slight change in perspective.

Of course, for some of us, it’ll take a bit more drastic measures. Ironically, this message is probably the toughest pill to swallow for dudes who have been used to swallowing pills for quite some time to get big and strong.  Implementing good habits as a recreational lifter early on will lead to much less “surprise” down the road.

Getting in shape and training for all round health doesn’t mean joining your local CrossFit box and lifting irregular shaped objects for time. It doesn’t mean following the futile workouts that the currently hot celebrity endorses either. And it surely doesn’t mean framing your regime around the relentlessness and next – level determination of a world class athlete or fitness competitor. It means learning to move well, getting stronger while doing so, and nor forsaking any elements of your health-related fitness.  As kids, we all usually neglect something on the bucket list, and the more severely we chase one particular goal – be it in performance or appearance – the greater the potential for it to bite us in the foot later.  I can’t see everyone I’m writing this to, so I speak in general terms, of course. Being able to answer just why you’re doing what you’re doing can go a long way in streamlining your train of thought.  Once more, I ask the question I did near the outset:

How sustainable are your goals?