Looking To Work Out? Then Step Right Up And Choose Your Extremist Community

Because they're running us normal types right out of the game. 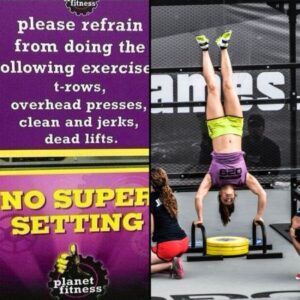 Society, With Its Current State Of Social Norms, Is Going To Implode – It’s Only A Matter Of Time.

I’ve always believed this, and it’s gotten to a point where no matter what happens, there will always be a group of activists who are unhappy with the way they’re viewed or treated. The never ending circle that doesn’t ever reach “satisfaction” for everyone in it has been masked by the term “progressivism”.

Some of this is necessary. Hell, if it wasn’t for some of it, I wouldn’t be here right now. That’s fact.  What I’m saying isn’t a way to break the ice into a civil rights article, however. It’s talking about how similar mentalities start bringing unwelcome trains of thought to a subject that one would think should bemuch more straightforward than it is – fitness.

In a nutshell, my industry – the fitness industry – is becoming overrun by extremists. There’s no more endorsement of just plain working out – training well to become a stronger, more capable, healthier version of yourself.  To get things started, it seems you have to “pick a team” – a sociocultural “movement group” as it were, that is trying to popularize a now trending way of improving one’s fitness. 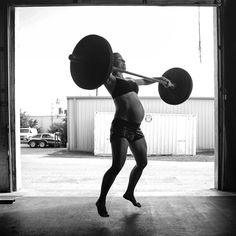 Company – endorsed sports propaganda, CrossFit, Tough Mudders, and even incompetent personal trainers all contribute to the thinking that squatting while your nose is profusely bleeding from exertion, deadlifting while your hands are lacerated from a barbell’s knurling, and ignoring debilitating joint pain during a heavily loaded exercise is “what training is all about”.  Too much is not enough, and pain is just weakness leaving the body.  It’s time to enter beast mode, and beasts don’t stop grinding. Somewhere out there is someone working harder than you in the gym right now.  These groups have done an exceptionally good job of deceiving an average non-athlete into thinking that someone else’s training results should actually matter, when they don’t compete! 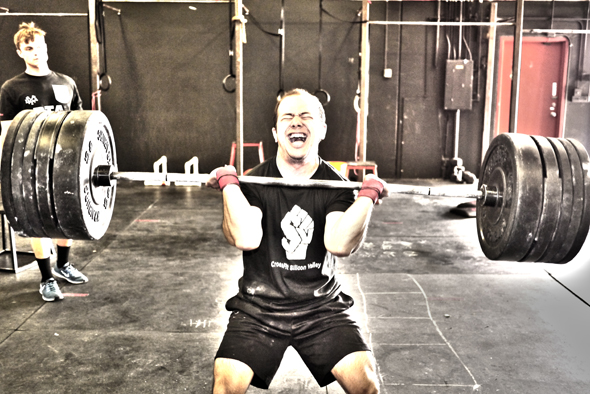 The psychological side effects are probably much more deep-rooted than I’m qualified to address. But I’m sure they don’t just go away for a lifter as soon as he walks out of the gym.  We continue to blind ourselves to “aftermath” possibilities and scenarios that definitely play out in real life – like a person who continually enters competitions and repeatedly loses them. Or someone who, time and again, guilts and shames himself for eating a burger and fries.  Someone with a more balanced view of training, fitness, health, and even competition may suffer less from the ramifications of things not going according to plan.

Now that the average person is defaulting into training like the next American Ninja Warrior, practitioners everywhere are booking their next yacht vacation, brought to you by the letters R,S and T (for rhabdomyolysis, sciatica, and torn muscles) that are making them rich.

What’s probably the worst part about this all, is that it makes these folks’ mind toward fitness take the backburner. In many an article I’ve talked about training becoming an event to basically showcase the size of your figurative fitness balls. It’s not about getting fit – but being the most badass, hardcore person who can conquer the workout and prove his belonging in the dungeon.

Team 2: Achieving Mediocrity Is An Overshoot 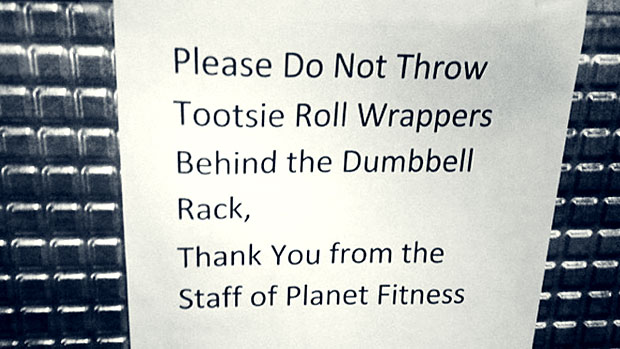 Ah, nothing like the fitness industry doling out “participation awards” to the undeserving.

Taking its place as the archetype for the opposite side of the spectrum, I regrettably inform you that the debacle that is Planet Fitness has made its way to Canadian soil.

For those who aren’t familiar with Planet Fitness, they’re a gym chain that basically creates a “pressure and intimidation – free” environment for its patrons to enjoy. Sounds lovely, right?

In truth, it means it’s a place where there’s no real motivation for a client to actually see gains and get in shape. And it’s the place where videos like this are surreptitiously filmed.

Weight machines and barbells don’t exceed 60 pounds of resistance. If you’re too muscular or look like you lift, you’re asked to leave or at least change clothes due to intimidation. There’s a “lunk alarm” for dropping weights too heavily on the gym floor, or exerting yourself too loudly during a set.  Staff are friendly and unconditionally supportive. It’s basically the perfect environment for someone who goes to the gym with the intention of not seeing results – the folks who don’t really want to get in shape.

That sounds harsh, but it all rings true – and it all creates an unjustified second opinion of validation for somebody already riding shotgun on the “love your body” wagon, who’s quick to cry “fat shame” despite the fact that they’ve made no real effort to improve their health in the first place.

Congratulating someone for signing up for a gym membership that he ultimately misuses reminds me of the sport events in school where everyone got a ribbon for showing up, or my grade 4 gym class baseball games that had 5 run mercy limits per inning. It gives those less competent (or less motivated) a false sense of accomplishment and the idea that they’re on the same level playing field as those who put in the effort to have the results that show it.

Let’s see what becomes of his NFL dream after a childhood with only half the playing time…Just sayin’.

It’s strange that going to the gym, training well, taking note of your safety, and training with intuition has become the fitness method of lesser popularity these days.  There are few mediums that promote balanced thinking, simply because doing so won’t pay their bills.

But what did we expect?  8 of 10 people you ask would probably vote yes to taking pills that substitute full body workouts, if they were available.  The other 2 would just get plastic surgery.

We’re in the minority. People after level headed information promoting action, balance, and reasonableness aren’t cool. The mediocrity crowd continue to lie to themselves and say they don’t need a challenge to be healthy. The hardcore crowd think level heads are for losers.

I await the day when the two worlds collide, in the form of a highly competitive contest to find the least motivated trainee.

When it happens, at least we’ll have seen it coming.