How many movie titles can you find? 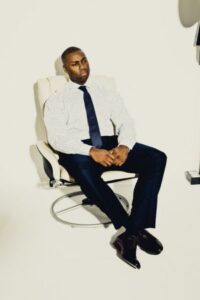 When you don’t know any better, it’s easy to walk into the gym and feel unstoppable. Regardless of the methods you employ to make your muscles work, the fruits of your labor are often gone in sixty seconds and your gains suffer. What felt like a kick-ass workout that had taken 2 hours to complete has seemingly become a waste of time. What were you missing? Well, a general state of oblivion can be the major culprit between complete failure and glory where training is concerned. It’s up to you to do the right thing when you’re in the gym.

As I’ve mentioned in previous articles, the lack of knowledge coupled with an unwillingness to learn are the usual suspects when someone’s lack of results are put under the microscope. It takes a lot of discipline to get on up and change ways when you’re stuck in a groove. But the benefits are titanic, should you decide to reap them.

You Can’t Handle The Truth

As an example of what I mean, let’s give running zealots the heat for a quick moment. In doing so, I’m hoping this section can be the sound of music to a trainee who’s after muscle and strength, despite foolishly hitting the treadmill in the resolve to run all night over pumping iron. True, jogging can release endorphins – but that in turn can create a drive for not much other than … more jogging.  There’s nothing wrong with this, except the fact that neglecting resistance training in favor of steady state cardio can atrophy your muscle tissue until all is lost.

Fine, maybe I’m being a bit severe; but the gravity of the statement isn’t to be taken lightly. You can count on frailty to be an eventual by-product of being a treadmill or elliptical die hard, and that’s the truth. If you think your ritualistic 8 mile jog is as good as it gets as far as being physically fit goes, it’s time to dig a bit deeper. Strength training with resistance can create a safe house for your muscle tissue and allow you to jog and get your weekly endorphin fix in without compromising your gains.  There are countless studies available to the public (both online and in print) that analyze this. Strength training can lead to sustainable fitness through old age, and it should be done by ordinary people – not just athletes or competitors in some sport. The best course of action would be to try being fantastic, four days out of your week via strength training using the primal movement patterns. If you still need cardio, feel free to do it on any given Sunday as an additive – but chances are those large movements will leave you breathless for the balance of the week, and burning fat non-stop.

Most people don’t want to hear this information -and other info like it- for the sole fact that the verdict lies in favor of hard work, and that takes true grit.  I’m no cheerleader; it’s a choice people make to become prisoners to the easy road, and the physical (and health-related) results will speak for themselves.

If you’re like most people, then you probably don’t – and I’ve just become your enemy. But let’s face it: Something’s gotta give. Public blindness to the realty about training and health needs to see its end of days. If you think of the inception towards the notion of exercise (fitness = lose weight =cardio = jogging), it makes perfect sense… and explains the fatal attraction to the treadmill that most develop. What’s worse is, national guidelines remain strongly locked in the jaws of “mediocrity”; with their sideways advice on “gardening for strength training” and 20 minute walks for cardio to be sufficient. When will people realize that there’s no pride to be had in being averagewhen the vantage point is that of the world’s fattest continent?

Most think that as grown-ups, we’ve learned what we need to through experience. The truth is, the kids are all right –well, more right than us – upon closer examination. While we’re young, we take the utmost advantage of being athletic and doing athletic things (I used to come home from school to play some kind of homemade or outdoor sport while watching the clock, knowing that Batman begins at 5:30). Our bodies were made to be mobile, and it’s important we learn and ingrain all the right moves and get strong while we do them.

Unfortunately, the mindset in the beginning of the paragraph above is what’s being reinforced by people like us, and by the society we live in. Nowadays, a classic rush hour gym session involves a dash for the elliptical, with the accompanied “cardio selfie” to post on Facebook, Instagram, or the social network of one’s choice to prove to the masses that you’re health conscious.  It’s singlehandedly thrown the whole point of training up in the air – and it’s anyone’s guess as to when (if ever) things get back to reality. This contagion has become so far-reaching that it’s made fitness professionals sell themselves out and drink the same Kool-Aid. It’s contributing to the fall of this industry. The solid line of black and white that once existed between fitness professionals and fitness enthusiasts has become blurred into the grey we see today. Because of this, it’s hard to differentiate between a legit coach with credentials who takes this stuff seriously, and a weekend trainer with cruel intentions and the gift of marketing sense, who’s after nothing but a consumer’s money. The latter hides good methods behind the mask of what’s trending, what’s hot, and what’s different.

Are You Not Entertained?

I know I’m not, and I also know the prestige of many of these Instagram celebrities will be short lived. It’s easy to get a client to shed seven pounds of water per week and boast a remarkable “transformation” via shirtless selfies. The ugly truth comes in the form of the drastic rebound that will take full effect within the next three days of the photo shoot. True story.

The good news is, there are also more than a few good men and women in this industry who cut the crap out of their philosophy. Just as there are people who search the internet or bookstore for professional training advice in the spirit of earnest good will, hunting for anything they can to improve their performance and fitness. The rise of websites like TNATION, Bodybuilding.com, Muscle & Strength, EliteFTS, and more sites are doing well to do their part in contributing to the awakenings this entire industry is in need of.  A professional with a beautiful mind for fitness can often be left behind in favor of the big-ticket, commercialized fitness “star” giving bad advice for the masses to follow.

I’m In A Glass Case Of Emotion!

By this point one would probably think it’s easy to be furious, 7 years into practicing good training methods with clients (I don’t count the first year, since I had no concept of it). Seeing so much of the industry crash and leave fitness enthusiasts frozen in their tracks as to what move to make is just plain unsettling. Especially when it comes to basic knowledge like that at the beginning of this article, or coming up with a simple plan to follow for good, safe workouts.

But it all just means we as trainers have unfinished business. Because looking from inside out, I can see why you consumers would think the condition of this industry is just plain despicable…