Over 30? Then Start Showing your Body some Respect.

This ain't a copout for the lazy. Nor is it exemption for the stupid.

My kind of Body Positivity

Amid the onslaught of ‘movements’ that exist in the fitness training climate – some good and some bad – I find that many exercise enthusiasts can get caught up and ultimately miss the point.

This isn’t something I’ve tended to shy away from as far as subject matter goes, either.  Thanks to social media, many tend to be influenced by the one-upmanship that dictates the climate of more than a few posts, threads, and updates.

We act like this isn’t a thing, but it is. We’re tricking ourselves if we don’t believe there are numerous people out there preparing 1 minute workouts to be contained inside of their much less attractive, conventional workout strictly for the purposes of packaging and sharing it on Instagram for their “followers” to ooh and ahh over.

The trite “no excuses” platitudes are a dead duck. We get it – you’re supposed to train hard and consistently if you want to keep in shape. But it’s important to treat your body with the respect it deserves as regards your workout. Especially if you’re no longer a spring chicken.

And guess what? If you’re over 30, you’re no longer a spring chicken. I said it – and I’m ready for the cop-out vitriol that’s likely primed to come my way.  Chances are, by the time you’re over 30, you identify with at least one of the following:

Before you tout yourself as the unicorn to whom none of this applies, take a breath and get real. This is life. It happens to us all, and the smartest course of action is to take yourself out of denial and learn the best routes to manage any of the above situations.

Chasing clickbait feats of strength or athleticism on a daily basis won’t cut it. None of that is sustainable if you’re doing it more than sparingly. 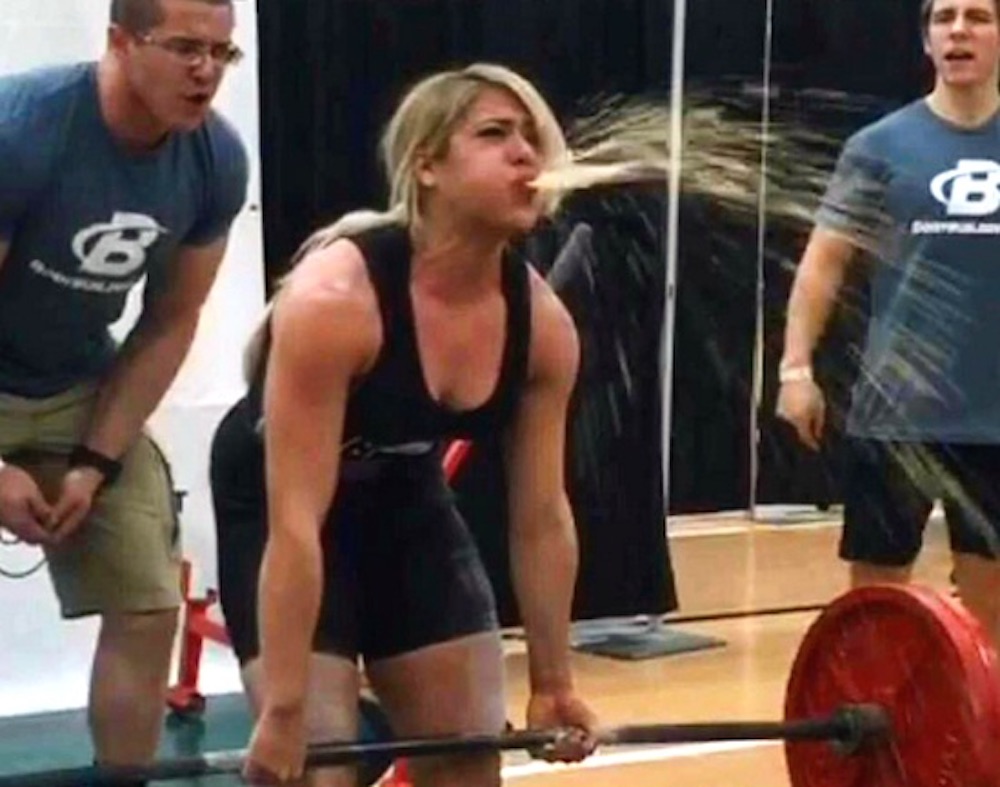 Simply put, the body and mind have more “mileage” on it in your thirties than it did when you were a chipper 18 or 20 year old with fewer responsibilities. I’m constantly astounded when I watch my college students jump into loaded movements in lab with virtually no warm-up.  Makes me feel old.

Your long term goal needs to be that of being able to sustain your efforts, and the sooner we can come to terms with the fact that our training methods need to start changing just a little after the first decade of adulthood, the better off we’ll be. That’s the best and most sensible way to take care of your body – and in my books, a ‘body positive’ attitude that many are forgetting to acknowledge.

Before you fly off the handle on how exclusionary my first subheading was, allow me to continue. There are definite exceptions to the above, but I’d be remiss to progress this piece without identifying a certain group: People over 30 who’ve hardly trained a day in their life – You need to pay special attention.

These folks may think the above doesn’t apply to them, since they didn’t accumulate wear and tear from years under the iron. Furthermore, they may think that since they’ve never gone ‘beast mode’ in the gym, that they can start today on fresh slate.  The sad truth is, it doesn’t work that way.

Training hard is an absolute necessity, but if you’re a part of this particular camp, it’s even more important to train smart.  Being an out-of-shape, complete beginner in the weight room at age 36 is much less forgiving than being an out-of-shape, complete beginner in the weight room at age 19. The wear and tear that you may not have accumulated from lifting scars, still exists in the form of severe muscular imbalances and likely weak, unconditioned joints. You’ve practiced unfavourable patterns for years without even knowing it. Your starting point is going to be a different one, and you’d be smart to respect that. I know the car analogies are hackneyed, but they still fit: With all things equal, driving a vehicle that’s 5 or 10 years old will probably give you a bit less to have to worry about than driving a vehicle that’s 20 years old. Take that how you may.  All of this will affect the approach you take to program structure, workout volume, loading, and the overall demands of your workouts from day to day.

The insta-famous beast mode snippets that you see littering your news feed to serve as training motivation should be in your rear view mirror. It takes years of training that started from a younger age to earn the right to really abuse your body in the weight room and come away without any injuries. And especially when you factor in the prepared, social media like-and-share-bait I mentioned of such feats in the subheading above, it gives even less reason to go that route.

Just to be Clear…

I’ve gotten some flack from readers in recent past, who seemingly fail to comprehend what I’m speaking and writing about on these topics. To their defense, it’s easy to misconstrue a message this deep when it’s in the form of a mere 240-character tweet, or an infographic.

If you’re someone who’s over 40, over 50, or over 60, and you’ve put in your time building a solid foundation, training hard, training consistently, using good form and technique, and otherwise developing good habits regarding your fitness journey, then keep doing what you’re doing. There’s a reason why masters powerlifting, Olympic lifting, and other competitions like these exist – because there are countless exhibits of exemplary fitness that exist in the world to even make this a thing.  You’ve put in years of hard work, and never let it go for an extended period of time for you to lose that foundation.

People who are 10 or 15 years removed from the gym, comparing their 40 year old selves to the version of themselves they were on the football or swim team in college, are distorting reality.  There’s no “picking up where you left off”, nor is it likely that you’ll “get back” to that state through training. Ever.  You have bigger fish to fry, and different demands to your training approach that have surfaced.  And that’s OK – you just have to own it!

If you’re Not Sick or Disabled, Chances are you Gave Up Somewhere.

What a dastardly thing to say.

But coming to terms with the fact that there’s (hard) work to be done to improve your health can be exactly what you need to make the first move. There are a number of scenarios that can cause at least a form of exception as a person in need of better physical fitness.  For example, this would ring true for someone who was once in shape, then became prisoner to serious illness.  Or someone who, due to a major, debilitating injury, was left sidelined.  Both such scenarios don’t only affect the physical, but the mental also.  And the hard reality is this: These cases exist, but they don’t represent everyone.

And if you’re one of the people who they don’t represent, then you and your denial may have some work to do.

If you’re looking for a wake-up Call, here it is.

If it’s been a few years since you’ve been physically fit or active because you’ve “just been too busy”, then it’s about time you acknowledged that so you can move forward to pursue your health once again.  Especially if you’re past those golden 20’s, there’s a high possibility that it won’t be quite as easy as it was when you were a kid who could just look at weights and add muscle, burn fat, and get strong. It’s in your best interests not to waste any more time.

Wanna Respect your Body? Start Working Out and Eating Well, but don’t do it for the ‘Gram

It’s great to be part of a community that encourages healthy habits, and pursuit of continued progress via diet and exercise. But, I’ve said this before and I’ll say it again: if the end goal is to peacock just how hard you go in the weight room by doctoring a part of your workout into a tough set, and passing it of as the real thing for the sake of social media likes, or to strip down for an Instagram photo op, then the point has been missed.  You’re solving one problem only to contribute to another.  Plus, let’s be honest: it’s not the greatest look if you’re no longer a kid but you’re still doing that stuff. Come on.

If you’ve read past the fist paragraph, it probably means you’re a person over 30 who has an interest in becoming or staying fit.  Regardless of your skill level, it’s essential to understand that if you don’t apply a slight change in perspective where the gym is concerned, you may hamstring your attempts to make your efforts sustainable.

As a guy over 30 myself, I can relate: In my adulthood, I’ve been on a surgery table twice, have developed back issues I’ve had to learn to manage, and to say the least, I am certainly busier now than I was 5 or 10 years ago.  When you add that to a basic change in training goals (I just don’t see the point or utility in walking around over 250 pounds by the time I’m 40), it’s safe to say that my mind and body have both changed regarding my efforts in the gym. And that should be expected.

Believe me, in recent times, I’ve had a plethora of extremely difficult training sessions that would fit the “beast mode” category. But I’ve also earned that through my consistency over the past decade, along with the use of good lifting form.  That counts for a lot.

For a moment, think about things honestly from the elite perspective:  In the world of pro sports, most players who last the test of time and have a long career in a rigorous sport like basketball, football or hockey, have made at least some tweaks to the way they approach playing or training for said sport. At 37, they’re not playing the same type of game they were at 21.  And if you want to perform well in the gym when you’re twice that age, then it behooves you to know when to check your ego, and keep the beast in reserve. 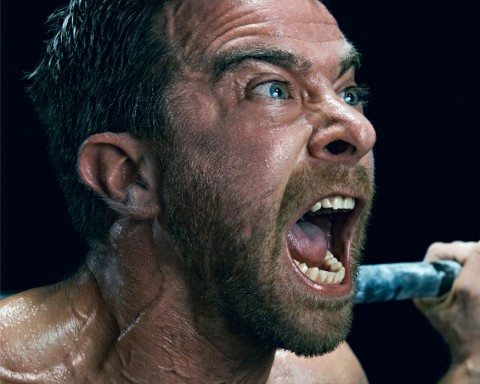 Similarly, if you’re part of the other group I’ve mentioned – those over 30 who need to get back in action, it’s smart to do so now. Not later. Your body will thank you in a big way… if you don’t try to pummel it the way you did as a teenager.  It’s all about striking a balance.