Question Of Strength Vol. 2 (Yep, Another One)

Average Joes: You train to look good, and you're not alone. Time for some new takes on strength. 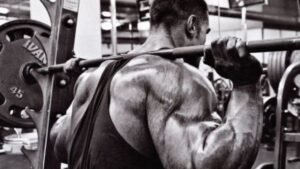 You’ve heard it before, and you’re about to hear me chirp it again:

As a matter of fact, it’s probably the single most important component of health related fitness we can possess.

In this world, however, it seems like there’s a narrowed perception on the term “strength” and what it applies to. The ability to produce force against a resistance (the textbook definition of strength) is taken so literally that it becomes less encompassing than it should be. Its subsections like aerobic strength, strength endurance, and max strength have been classified, debated and scrutinized to no end.

THIS GOES OUT TO THE AVERAGE JOES

My question is this:  in a society where 85% of people who go to the gym train to look better, how much should strength training progressions matter?

…Especially when that same 85% of the crowd likely have some form of foundational work to accomplish, and muscular issues to solve.  Before I continue, I’ll note quickly that the amount of foundational strength someone has is important. As I said in a recent blog article, a baseline of being able to perform bodyweight movement patterns (especially the primal ones) with perfect technique is important to gain, especially before adding plenty of load to a given movement. So given that’s all taken care of, what if I told this group – just for the hell of it – that their bodies would move further away from what most consider “aesthetically appealing”, as the weight they were able to lift increased?  Would they still prioritize linear weight-lifted-strength increases as a means of progression through their training program? I mean, all the components of health would still be there, faster rate of force production, increased bone density, lowered estrogen levels… just along with, well, a crappy looking body. Do you think they’d still try to increase the weight lifted by 5% each week? It’s a silly hypothetical, but food for thought nonetheless.

My point is, many of us train to ultimately look better, and it just so happens that being able to move considerable weight usually leaves a muscular, dense body (which also happens to be healthier) as a by-product. Using a narrow minded approach with this in mind usually leads to bad training techniques, overzealous behavior, plateaus, non-results, and bodily injuries.

When should you really increase the weight you can lift and call it a “strength increase”? What’s a true “progression”, and what are the prerequisites for moving up to the next level?

The 160lb dude who heard that he should be able to squat twice his bodyweight for a rep to be deemed “of optimal strength levels” is the same one who will develop the habits of half-repping, and bad-forming it there until he’s got the desired numbers on the bar.

Why not take the term “strong” out of the box, and make the same weight you’re lifting become challenging all over again?

Manipulating lighter weights to feel heavy has several benefits including increased time under tension, the utilization of fast twitch muscle fibers, and growth hormone release. Oh, and it also takes you towards a better looking body too.

Instead of going up and down with the weight in the same rhythmic timing for each rep, try performing your sets with a slower eccentric (negative, or “down”) phase. Tapping into negative strength will help to further train your strongest muscle fibers. Your 10 rep max will all of a sudden turn into your 6 or 7 rep max.

INCREASE THE RANGE OF MOTION

It’s one thing to “go all the way down” in an exercise like a push up, deadlift, or split squat. The next step that commonly follows is to add weight to the movement. Unfortunately, the product of doing so can result in diminished technical proficiency, as I mentioned earlier. Adding a deficit to your movements where applicable is a great way to increase the difficulty of the exercise without the weight lifted being the deciding factor.  In one set, your muscles will have done more work than before with your previous ROM (work = force x distance).

Okay, You Got Me

Maybe all three of these methods could be argued to improve strength endurance through time under tension.  My point was to put to question the vehicle being used to define both “progress” and “strength”, especially when having a better looking body is the ultimate name of the game.  This piece doesn’t apply to the sports athletes who need to be animals for a reason, or to the powerlifters whose entire actuality in the sport is contingent upon just how much they can lift.

I said at the outset that strength is the most important element of health related fitness one can possess. With this article, I hope to convey the idea that in my opinion “strength” goes beyond theabsolute definition of lifting more, and more, and more weight. You need to be stronger to successfully employ the modifications I listed above, even though the weight doesn’t change to do it.

Look, there’s nothing wrong with lifting heavy as an average Joe. In my first volume of this article written a few months ago, I put to question just how strong people “need to be” in order to be labelled as strong.

I still put that to question. And this is why I love being a generalist.

This time, I’ve just added 3 alternate methods to be challenged by weight training, enveloped nicely by more of my arbitrary thoughts.