So you Say People who Don’t Squat or Deadlift will End Up Broken, Injured and Dysfunctional? Show Me.

Extremism has found its latest victims.

Certain things in the world of fitness and health can only be taught through experience. After ten years in the industry, I’ve only now started to realize that I can refer to myself as a trainer who’s done some decent time in the game.

One thing I’ve learned is that many people stay glued to their beliefs, philosophies and methodologies to protect personal branding or to stay in good keeping with their followers or peers in the industry.  This isn’t to excuse validity of their methods, but it can often overlook the idea of asking critical questions or thinking outside the box in a healthy way.  Earlier this year, the popular training resource T-Nation asked me to contribute to an article, looking to answer this question: What’s the most overrated training method or diet? Instead of talking about something that was trending or about something that had many glaring issues with its construction, I played Devil’s Advocate and chose traditional strength training as the method that’s overrated.  Here’s an excerpt from my writeup:

We as a community have become so closed-minded to anything outside finding ways to improve our PR’s that we’ve forgotten to acknowledge that fitness actually comprises of eleven components – strength being only one of them.  Granted, improving strength will spill over into a number of those other ones, but the message is clear. At the end of the day, your life won’t depend on whether or not you can pull 650 any more than being able to do reps with, say, 300 pounds.  Many of us have snapped, cracked, tweaked, broken, fractured, and torn our way to “elite” numbers without considering what added value this provides to things we do in daily life, or our safety in the weight room as an average Joe who doesn’t compete or have a lifestyle that supports such endeavors.  Nervous systems get fried, injuries are racked up, and once recovered, the typical act is to go right back to the lifts, rep ranges, and variations that caused the injury in the first place. What’s the sense in trying to push strength PR’s if it continues to leave you in a weakened, less capable, hurt state for any period of time?

Strength is THE most important thing most people can focus on in the gym. But it doesn’t mean training for other goals should be viewed as unimportant once you’ve gotten strong by general reference. Being strong doesn’t necessarily mean you’re in shape. It just means you’re strong.

This actually creates the perfect segue into what I’ve chosen to write about today.  I try not to use this blog to talk about direct training content, but the issue of this article in many ways reflects more of a mentality and mindset over a particular training problem, so I consider it fair game to address using this medium.

As coaches and intermediate trainees, we do well to endorse and promote the learning and practice of primal movement patterns (like squats, deadlifts, overhead presses and chin ups).  But it’s easy to become one-track-minded regarding their efficacy, especially when the by-product comes in the form of negative consequences from turning a blind eye to other factors.  The truth is, we’re all different.  With all things equal, there’s a good chance lifters can benefit from implementing big lifts into their routines, especially as beginners.  They’ll probably get stronger, and they’ll probably see improvements in their body composition as well.  But many within the informed training world have what seems to be a collective thinking that your health and wellness going forward completely and solely rides upon whether squats and deadlifts appear in your workout regime. That despite doing other movements, the merit of your program design can be summed up based on whether these lifts exist in your program.  I’ve been part of – and even initiated – many conversations where the fear of injury, dysfunction or general weakness strengthened the resolve to get clients doing the big 3 as regularly as possible, and never stopping. It’s a “weak program” if they’re not there, and your clients won’t see nearly as many results.

It goes a step further when we notice gym members hitting the weight room on a regular basis and training consistently, but remaining focused on upper body machines, dumbbells, and maybe the leg press for good measure.  Such ones are often sneered at, or even pitched training sessions by coaches or managers on the gym floor to learn what they “should be doing” instead.

If I haven’t already indicated it my disclaimer, I’ll state it clearly here: I endorse the use of compound barbell movements, and often use them as bread-and-butter lifts for most goals. But having said that, my eyes aren’t glazed over to the fact that these lifts are not the answer to everything, and an otherwise healthy, in-shape lifter’s wellness does not completely depend on these lifts being done as regularly as possible.

A 98 pound weakling who’s never set foot in a gym should probably learn to get strong – and squats, deadlifts, and conventional barbell training are a great vehicle to accomplish this. Alternatively, a guy who’s had experience training, has lean tissue on his body, and can hold his own in the weight room isn’t doomed to a gym life of peril if he decides that he will focus on making his back, legs and respective load bearing joints stronger using different movements altogether. 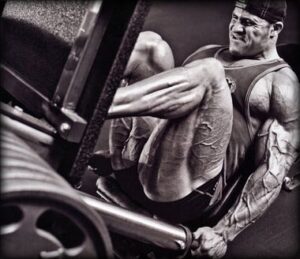 We swear by these lifts because they provide plenty of bang for their buck. Plus, they promote healthy, functional joints.

And that’s cool, until they don’t.

It’s an undeniable truth that we’re not all built to perform standard barbell compound lifts perfectly or without any negative consequences. With my dimensions, I’m a perfect example of such an individual. We often forget the fact that the world of strength training is also one of plenty of assumption. Program designs and strength training books often assume that a lifter has few muscle imbalances, no previous injuries, zero contraindications, and basically a clean slate to work with upon which a foundation of strength can be built.  In harmony with what I mentioned above, they can also assume that a lifter’s anthropometry is conducive to performing solid reps with no backlash, leverage issues or form discrepancies.  Of course, this couldn’t be further from reality.

Because we’re endlessly told they’re important, and because we fear we’ll wither away without them, we disregard much of the above, and do them – even if it means force-feeding conventional lifting patterns to unconventional body types.

Is it extremely taboo to mention that through my career I’ve seen a notable amount of people develop chronic pain as a result of using barbell squats, conventional deadlifts, and overhead presses (albeit possibly thanks to a premature starting point, overloading, or partiality to those particular lifts) compared to people who don’t have much experience with such moves at all?

If recreational lifting for results is a hobby of yours, like it is mine, then we strive for excellence on a regular basis. We reach for PR’s, we look for changes in our physique, and we generally treat it with seriousness.  All of this can make us lose perspective on the fact that this is something we’ll want to be doing for life, and instead, we seek the short term result.  The truth is, a heavy back squat isn’t the best or only way to “get” healthy knees. A heavy deadlift isn’t the best or only way to “get” a healthy, strong lower back. The risk/reward ratio indeed shifts as you begin to get stronger with these movements, no matter who you are – and that’s the injury risk most people should be concerned with.  Not the injury risk associated with them not being in your program. 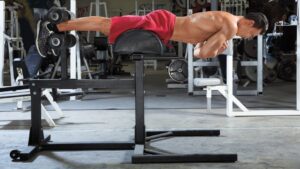 In my books, it’s a real testimony to one’s maturity as a trainer or trainee if they can break away from being polarized to one school of thought, and avoid the mania surrounding a certain training directive.

If a 19 year old who was fresh to weight training came to me with the intention of getting started on a program that gives him strength and muscular development, I’d more than likely take a very different approach to his training than if he were a 49 year old fresh to weight training.  The real take-home point here is that as we grow older, our bodies just don’t function the way they did when we were teenagers. Recovery takes longer, we’re less resilient to injury or bad technique, and we have more stressors in our lives. Not to mention we’ve just plain been using our bodies for years longer.

All of that should drive home the point that as our bodies age, we may not have to train differently, but we should definitely train smarter.  Making a routine of practicing loaded compound movements serves a purpose and has good intentions, but many can overlook the fact that such priority can place other movements on the back burner, and potentially exacerbate existing problems. 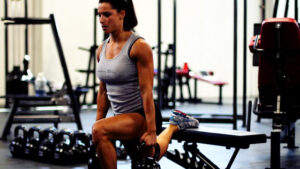 I find it interesting that the majority of weight training injuries I’ve seen usually concern the squat and deadlift movement (with the exception of complex lifts), and not many of the non-barbell movements that are often looked down upon  and less prioritized in the strength and conditioning world. Pun intended, it adds weight to the point that there certainly is a risk and reward, and possibly even a place for the law of diminishing returns to enter the conversation.  At some point, the benefits of lifting increasingly heavy barbells may not as strongly outweigh the drawbacks of not lifting them at all, or at least scaling them back.

Let me make one thing clear: for an overwhelming majority of people reading this, they have not reached that point.  But we’d be remiss if we didn’t acknowledge its existence.

If you haven’t gotten my point by now, I can’t help you. I’m a guy with a 400-plus squat, a 500-plus deadlift, and a 200-plus strict press, telling you that the intelligent strength training world can often closed-mindedly consider the injury risks that surround not strength training with barbells without ever considering the risks that exist in using them, and more importantly, overusing them.  The benefits they have potential to deliver speak for themselves, but there are many ways to skin a cat if your goals with weight training are purely personal and recreational in nature. If life experiences, an ill-equipped gym or genuine disinterest prevent you from comfortably ripping a heavy conventional deadlift off the ground, or squatting the heavy bar to full depth, you’re not going to be sentenced to a life of weakness and injury propensity – despite what some coaches may lead you to believe. There are plenty of other exercises available to stay in shape. You just need to do them. 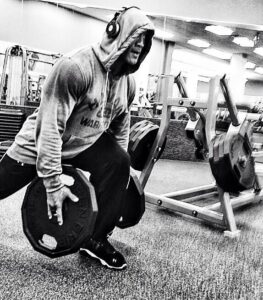 When someone can show me all of the people who kept themselves regular in the gym, lifted weights, but avoided or stopped two or three specific lifts, and are now paying the ultimate price living a life riddled with injury and dysfunction, I’ll take this post down.

Until then, it may suit many of us to get real, and show some perspective.