Seriously, Though – How Long are we going to Keep on Training out of FEAR?

In this case, your greatest risk for injury might be coming from thinking everything is going to injure you.

The culture of fitness comes with its extremes, and the “push it to the limit all day, every day” mentality and its cult following are slowly being pushed to the back seat in favor of a slightly more balanced, and all-inclusive approach to training – at least in the mainstream.  I’m for this.

The constant jostle for the most pop-culture attention has been shared among several branches of fitness over the years, and it’s definitely led to a bit of confusion among the masses. It’s the very reason office jockeys in their late 40’s come to me saying they’re considering “getting back into the training scene” by interrupting their 12 year hiatus from physical activity to start CrossFit, or to attempt to train for a “show” or “meet”.  Goals are important, but 9 times out of 10, this doesn’t represent an ideal mentality where balance, baby steps, health and sustainability are concerned.

But here’s where We Coaches can Drop the Ball.

Let me paint things this way.

Deadlifts are an exercise that can potentiate injury depending on the client. If you’re someone with a history of back issues, or don’t have the proper firing pattern and sequence present in your posterior chain, you’re certainly asking for potential safety risk – especially if your form starts to break down in the presence of fatigue.

Back Squats create plenty of stress forces on the knees – especially when a lifter has long legs and requires plenty of dorsiflexion to make it a long way down. Add that to any existing immobility in the shoulder joint, and you’ve got problems getting and keeping your hands securely on the bar without torqueing your elbow joint to create a chronic issue down the road. Slipping out of a neutral or slightly extended spine position into “butt wink” at any degree is basically a disc herniation waiting to happen. It really takes the right kind of lifter to fit well with this movement.

Overhead Presses shouldn’t be trained if a lifter doesn’t pass an impingement test first. The shoulder is an extremely complex joint, and many factors need to be considered before bearing load overhead, including proper thoracic spine extension and rotation, scapulohumeral rhythm (that’s a fancy way for saying “the shoulder blade should move around as the upper arm moves around), and a sufficient amount of space under the AC joint.  If any of these aren’t respected, it leads to the reinforcement of dysfunctional patterns, and can plague lifters in the form of long-term injuries to an already unstable and vulnerable ball-and-socket joint.

Bench Presses sound like a suitable alternative to overhead work if you fit the categories mentioned above, but the truth is, they’re probably worse. The reason why is simple: You don’t get to properly exercise the intended natural function of the shoulder, also mentioned above.  Proper form asks for the shoulder blades to be ‘pinned back’ on the bench as the movement proceeds, which is safe for the lift in question, but horrible for the health of the shoulder as a whole. Any trained eye can spot a person who benches too often from a mile away, based on nothing more than their posture and their shoulder health.

Sit Ups promote trunk flexion, which is largely regarded as a basic “no-no” in the fitness world, since we do so much shortening of those muscle groups in our day to day lives. On top of this, the neck risks strain and injury, and rounding the upper back to curl your body up means the promotion of a kyphotic thoracic spine. Nobody wants that.

Running is often viewed as a great idea for fat loss, but the truth is, it’s a silent killer for all of your muscle gains. If your goals include building muscle and adding strength, then empty cardio won’t help your cause. Plus, the repeated impact your knees and hips take will only wreak havoc on those joints, and probably compromise your strength training workouts as a by-product.

Biking is impact-free, but forces you to remain in a position of excessive hip flexion for extended periods of time. Not only does that shorten the hip flexors, it also places the low back musculature in a deep stretch thanks to the flexed lumbar spine. This is a position of weakness and vulnerability. Add that to the fact that you’re pumping your quad and hip musculature the whole way through, and you’ve got a recipe for quad dominance, dormant glute tissue, and a weak back that develops chronic pain issues.

Hypertrophy Training should be applied sparingly. The energy systems that are put to use induce plenty of muscular fatigue which can be highly demanding in terms of proper recovery – especially if a lifter isn’t taking in the correct macronutrients to adequately repair damaged muscle tissue.

The collateral damage that heavy strength training can have on the nervous system, connective tissue, and joints can definitely compromise the countless benefits this training can provide for muscles and bones. It’s something that a smart coach would know to base around a lifter’s lifestyle, real age and training age. 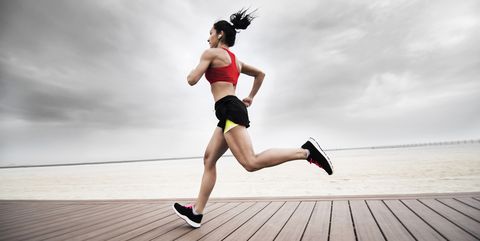 All of the above statements do have truth to them – plenty of truth, in fact. There’s a fair amount of scientific backing that can be dug up deep in the archives of research to support many of the claims made. And therein lies the problem. If we’re spending most of our time deep in those archives, the ensuing “analysis paralysis” we’ll experience will leave us finding contraindications to every form of training in existence, until all we’re left with are rehabilitative methods, general weakness and an unimpressive physique to boot.

It’s easy to fall down the rabbit hole of fear-mongering ourselves or our clients (if we’re trainers) into thinking that we’re inherently in danger the minute we set foot into any athletic landscape. The second we become so overscrupulous as lifters or coaches is usually when we backslide with our fitness and set new, possibly lower bars for our health. Sometimes this is a good thing to do. But in this case, it’s not. If you peel back the layers far enough with anything in the fitness and nutrition world, you’ll find problems and inconsistencies. And that leaves you with a crucial decision to make.

The human body is just as vulnerable and susceptible to injury as it is resilient and adaptive to stress.

This is a “saying” I’ve been using for a number of years now. It’s something I came up with myself, that really embodies everything I’m trying to highlight in this article.  Being pedantic can keep you out of harm’s way, but it will always come with something of a closed-mindedness to the idea of pushing toward or beyond certain thresholds when the opportunity calls for it. The bolded quote above should certainly be taken with a grain of salt, but it should still be taken. With all things equal, you probably wont’ get hurt the second you do a 30 minute run. Or if you lose some your form on two of your reps. Or if you train abs the old school style.  If you’ve got goals that transcend being “average” in a given category – be it physique, lifting strength, flexibility, or endurance – then it’s likely going to require a bit of a trade-off to other elements of your health or skill-related fitness in order to meet said goals.

And that’s not something to be scared of. 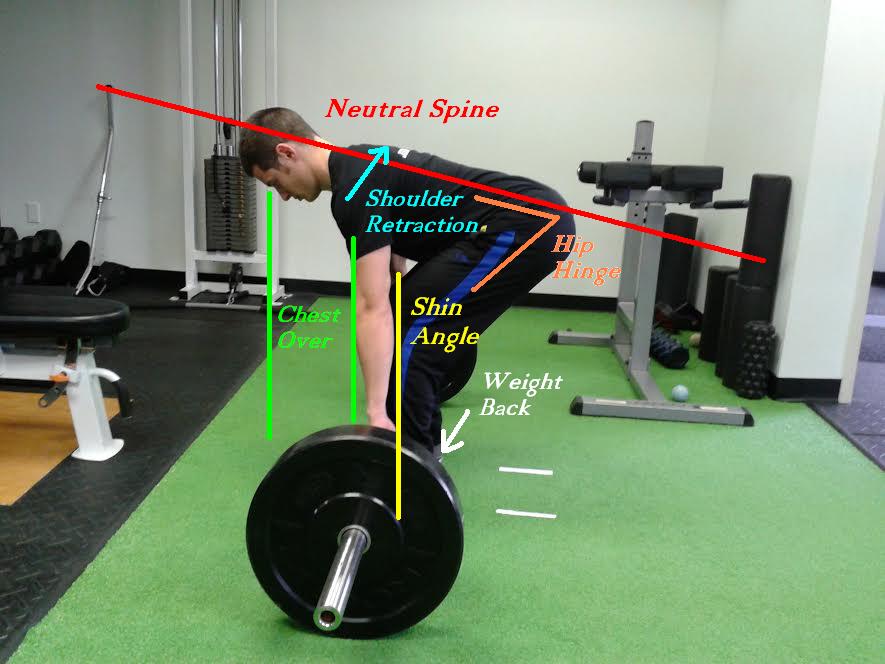 You don’t need to hold up a wooden “x” as soon as knees tail inward by a couple of inches in a heavy squat – nor do you have to frantically search for corrective strategies the second you lose your precious “foot tripod” during your heavy deadlifts or split stance work. In nearly 13 years, I haven’t trained a client whose bad back was a diagnosis of too many sit ups. Nor someone whose progress with me had completely stalled because of their 2 supplementary cardio workouts per week.  All of these contraindications need to be applied with context, for the sake of your gains, and for the sake of your sanity.

There’s another layer to this that we haven’t yet examined.

Before I continue, I’ll stress that this isn’t an attack on research or the act of scientific study in the name of driving the fitness industry forward – it’s an attack on those who choose to consume that research with an improper perspective.

So many of the movements or methods that we contraindicate based on research and study would, in truth, require a years-long follow up to see if those tested did indeed develop the chronic issues, acute injuries, disease, and other negative consequences that were stressed as warning signs of the thing in question – If they wanted to be sure, that is.  This is an industry largely based on inference and hypothesis; albeit, inferences and hypotheses that can lead us well on our way to safe, good quality training, but very little written in stone, nonetheless.

The number of newtons of force that a sit up can place on our lumbar and cervical spine can be alarming, and definitely create a fair platform for a lifter or a trainer to remove it from programming altogether. At the same time, it can also make that same person put up blinders to other factors that may play a large role in influencing that decision:

This kind of thinking is a necessary prerequisite if we want to approach training from a place of balance. The sad result of one-track-minded training that’s completely built around what shouldn’t be done, is generally a body that presents itself as somewhat capable, but tremendously underexposed.  Unfamiliarity with hard training that can exercise the body’s resiliency (to a reasonable degree) can be the downfall of an athletic body – and it can keep it in the same performance or physique category for a long time.

But, most contraindication whistleblowers who are big time corrective-exercise-proselytes have become that way because they’ve missed the forest for the trees in their training. What’s worse is that they still believe they can have it both ways, and achieve serious physique or performance goals without certain “exposure”.

A 500 pound deadlift won’t come without experiencing some ugly reps along the way.

Adding 15 pounds of muscle to your frame will likely mean losing a few percent of your flexibility in the process – and possibly creating some minor muscle imbalances while at it.

Your gains or your body won’t completely deteriorate the moment you decide to go for a jog or bike ride. Come on. 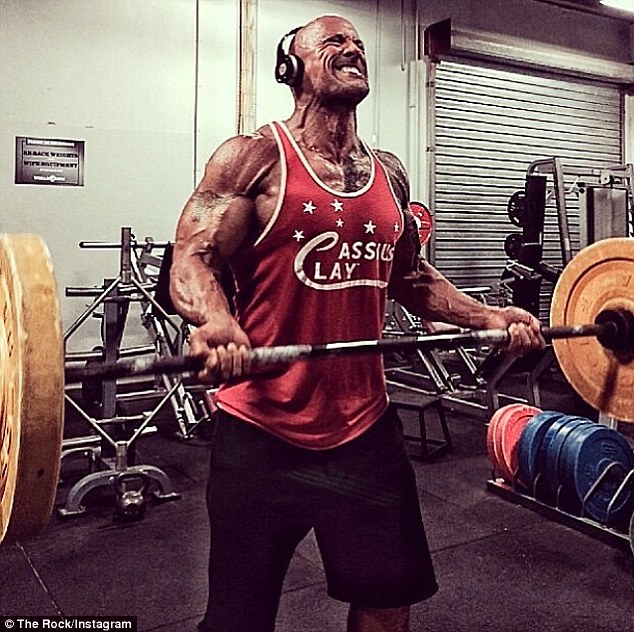 This Doesn’t Mean it’s OK to Train Like a Half-Wit.

As long as you don’t represent a special case, Just cover all your bases with your fitness and nutrition, and you’ll be fine. Just like basically everything I described in the last 1700 words, this article in and of itself demands perspective and context. 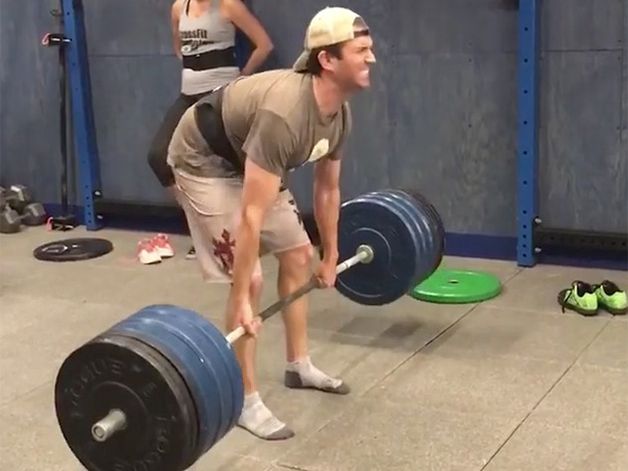 Any trainee worth his salt will know that there’s a baseline of respect for good form and technique, intuitive training and respect for his own body that will pave the path to successful, safe training. The caveats I’ve listed here don’t provide a rite of passage to doing things that can be injurious to you as an individual; the only thing that demonstrates is poor reading comprehension. When applied correctly, those caveats do provide a rite of passage for you to push it, if you’re not content with mediocrity.

And you’re probably not.

Let your shoulders down for a minute. You won’t get hurt.