Strength Training has Distrorted “Real World Scenarios”. Here’s what we’re ACTUALLY Supposed to be Training For.

There's way too much mania over the big lifts. Let's not get carried away.

It’s been a couple of months, and most heavy training die-hards are going stir-crazy trying to makeshift training programs that prevent them from losing their gains.

Be that the case, it’s important to keep things real. Trainers and lifters will often agree that the gold standard for go-to exercises include lifts like the squat, deadlift, and overhead press. As a disclaimer: For the most part, I agree. These are essential patterns that any lifter would do well to practice and perfect.

It’s the reasons why we’re doing what we’re doing that need to be more closely analyzed. Our good intentions aside, some may be caught in the strength training rabbit hole; namely, the trap of knowing these are good exercises to do, but blindly following other people who can’t really and truly give a legitimate reason for training them so often without deviating.

Strength is addictive. I get it. Once you hit a PR, you’re excited to push that PR the next time around. Once you get a new record, you feel accomplished, stronger, and confident. And you probably want to tell someone all about it also. But asking such ones why may deliver a less than satisfying response when being honest. So let me help.

Why You Should Strength Train using Big Compound Movements

Here’s what the experts will say.

Training heavy with moves like squats, deadlfits, overhead presses, and the like, can build up your bone density, release vital hormones to help you build muscle, spike your metabolism efficiently to help you burn fat, and helps you train strength in essential patterns that we’re most likely to replicate in everyday life.

Perfectly reasonable response. The problem comes when people take this information – especially that last point – and treat it like a lifeline.

Here’s what I Think

Big lifts are important and usually appear in most all of my programs. I love these lifts.

But spending time in the industry, coupled with living through the COVID period, has definitely brought me to the conclusion that people can certainly blow this out of proportion. Hopefully the past two months have served as a wakeup call to the idea that there are more exercises available to you than the barbell big lifts alone. If having no gym or barbells has left you completely sedentary and feeling like you’re unable to train, this article is the sign you needed to show that you’re not thinking reasonably and doing your body disservice in the process.

Let’s put it this way. Among other valid reasons, a wise lifter might say they train so that in cases of the unforeseen, they’re ready. But achieving a 500 pound deadlift and a 400 pound back squat – as impressive as both of those are – are more a product of hobby than they are a product of preparing for the unforeseen. 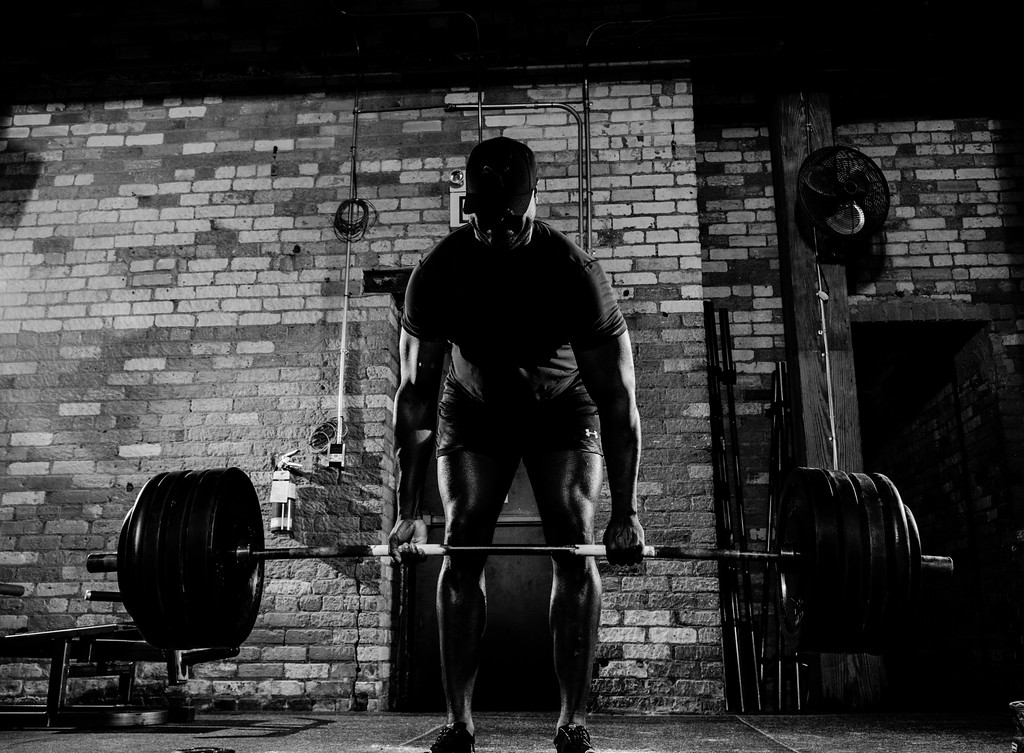 It’s unlikely that in your lifetime you’re going to have to lift a car off of your infant child, and it’s unlikely you’ll hit a sinkhole while traversing the planet Jupiter. Your day to day life isn’t Raiders of the Lost Ark.

What is likely is that in life, you’ll have to sit down, get up, put things up in high places, break into a jog or run, bend over and reach to pick stuff up, give your kid a piggyback ride, and help friends or family members move their furniture. As far as unforeseen goes, it’s probable that you’ll slip and fall down a few stairs, or wipe out on a patch of ice, mud or wet grass in your lifetime. And a few other things I can’t think of, like fender benders.

In my opinion, that’s what you need to be prepared for.

And that takes fitness on a general level. Not fitness specific to 3 or 5 particular exercises.

As important as they are for general movement, we have to remember that it’s nowhere other than the gym that we’ll be able to perform that hinge pattern or that squat pattern while having a perfectly balanced, symmetrical, evenly distributed weight in our hands or on our backs with user-friendly and easy to grip handles – not to mention the opportunity to use perfect form.  It all helps us get nice and strong, but most situations involving injury (or injury prevention) happen when that integrity is compromised.

We need to place less emphasis on how much we can squat, and place more emphasis on how generally fit we are instead. That will mark the difference between those of us being able to move well and free of injury or chronic pain in retirement, and those paying the price for making poor decisions in the gym when younger. Getting injured due to a slip and fall isn’t only a display of your strength failing you. It’s often a display of your coordination, balance, and in many cases, flexibility and agility failing you too. We’d do well to recognize that, especially if we’ve already got a decent handle on the “strength” part of the equation.

This is the real world, and this is what happens in it.

We’re not constantly going around, challenging ourselves to pick up this heavy object or that irregular load, while avoiding being trampled by that charging buffalo. We’re not picking fights with strangers. We get up, go to work, go home, recreate socially on weekends, and try to avoid losing our footing or getting into compromised situations while we’re at it (which we’re usually successful at achieving).  If we do all of these life tasks without taking care of ourselves through training, over time we begin to become progressively tighter, weaker people. And that makes the likelihood of getting injured while doing the above things, that much higher. It also makes it harder to engage in recreational sports (what I’m sure many people reading this were thinking I forgot about) when called upon, and emerge from them unscathed.  People throw out their backs tying their shoe. One client of mine strained a quad because he tripped while carrying some firewood one evening at his cottage. He squats over 200 pounds and deadlifts over 300 pounds. Another client bruised a hip by falling off her bike. She’s pulled 205 off the floor.

These are the “real life” scenarios most of us should actually be training for.  And that’s worth mentioning so we don’t get ahead of ourselves in the gym, or get worked up when we’re stuck in quarantine sans barbells.

For most of us, the problem isn’t avoiding the primal movement patterns in our workouts. The real problem is avoiding our workouts. Our consistency in the gym (or lack thereof) is the real determinant for whether we’ll break a hip when we take a spill at age 80.

A loaded assertion like the one above demands a disclaimer.

I’m not saying it’s A-OK to avoid purposeful lifts in the gym altogether. Nor am I saying there aren’t exercises that are a long way away from worthwhile to servicing your body.  I’m saying you don’t have to be as draconian toward your big barbell movements, as well-intended as you might be to make sure things remain functional.

Every exercise is “functional”. I can guarantee that a person who never ever trains the squat pattern but consistently hits the legs, glutes, core and spinal erectors in other safe, effective ways while remaining injury-free will not have a problem getting on and off the toilet at age 75.  I use that extreme example to open your mind to the concept of variety. It’ll do your body good.

This truth runs twofold if you don’t have the greatest mobility. Chances are, your big lifts have compromised range of motion as you load. If those make up the volume of your training program, you may be selling yourself short by avoiding exercises that can put your joints into the angles you can’t achieve in those big lifts. Just some food for thought.

What I’m Getting At

All the talk about “functional, real world training”, and exercises that correspond to that by having “real world application” shouldn’t be limited to the squat, deadlift, overhead press and row. They’re important as ever, but it shouldn’t allow us to stray from other important truths: 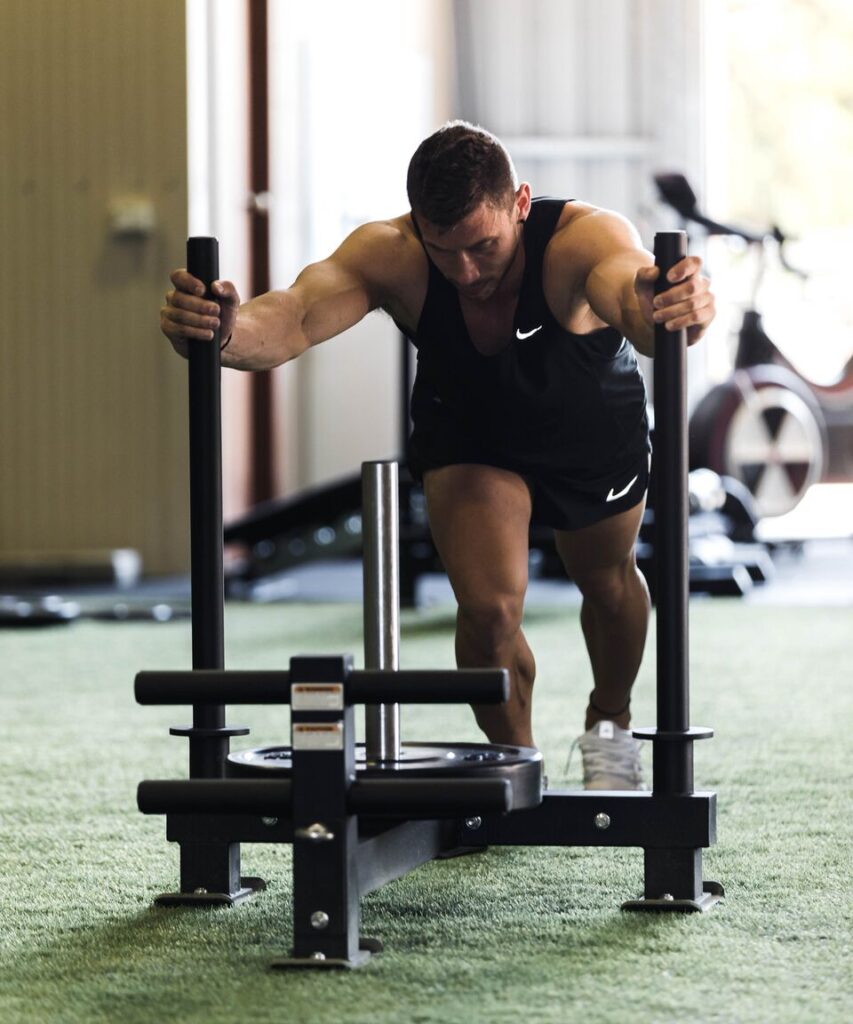 Chances are, your 550 pound barbell deadlift won’t mean too much when you have 30 seconds to catch the bus.