Take it Down a Notch, Be Realistic, Scale things Back, and Listen to your Body. But don’t Get it Twisted.

At some point, you're going to have to stop playing around and knock out a few grinders.

Navigating the fitness industry is interesting, especially once you’ve surpassed the decade mark in the game, and have noticed your body’s requirements changing in order for training to continue. As such, the realization I’ve made in the name of adjusting training – be it in the form of exercise selection, volume, or marriage to certain goals – has undoubtedly been a theme that has taken over the forefront of my writing, especially in the last 5 or 6 years.

Fitness needs to change as you get older. Or after you’ve been injured. Or once you’ve gotten new responsibilities. At the end of the day, the long game needs to be respected. Without this perspective, you may as well kiss a healthy lifestyle goodbye and subscribe to the troglodyte followings of other “train through pain, until you puke” aficionados.

But, in the name of balance, it’s also fair to realize that the other side does have a point.

If you want to get real results, at some point you’re going to have to work really hard, for a long time.

This may be a message that has gotten lost by my readers over the aforementioned last 5 or 6 years, and it’s important I take the opportunity to admonish such ones to make no mistake. The last thing sensible training information should be confused with, is that of making allowances and exemptions from effort or pushing oneself in the gym. Indeed, there’s a line, but for many people, they’re nowhere near it.

There’s a difference between training hard and training stupidly, and the ability for training knowledge to build that common sense and critical thinking capacity is a demonstration of the true usefulness of that knowledge. A 45-year-old lifter may not be able to train at the level of 23-year-old athletes going for the NFL Combine, but that doesn’t mean that they can’t modify things to scale in order to replicate such training demands for themselves personally.

As a person’s body and life changes, there’s usually one area in particular where allowances need to be ramped up – and that’s the area of recovery. It simply takes longer for the body to be ready for the next intense training session, and sleep, nutrition, and overall rest may factor in more than ever before. It’s time to embrace that, but keep going.

I spend a lot of time warning about things like gym obsession, a distortion of “fitness”, and a misshapen culture, but it’s not meant to encourage a definitively out-of-shape person into the belief that the path to long-term results shouldn’t be a challenging, and, in some cases, uncomfortable journey.

This Ain’t Easy Street. And professionals who try to tell you it is (or should be) aren’t being honest.

And in saying that, your fitness journey is going to be best served if it comes along with some underrated truths about training for results that we may not want to admit, but need to hear.

Get Comfortable with Getting Uncomfortable

The last time you’ve felt the sensation of pushing to your limits, a few real ‘grinders’ of training sets, or the “I have to lie down for a minute to recover” conditioning fatigue is actually a better litmus test of your training intensity than it is a warning sign. I’ve preached the notion of balance in the form of taking things down a notch enough to warrant it worthwhile to consider the flip side of the coin. If, workout after workout, you’re training so “smart” that you’re forgetting to train hard also, you’re shooting your results in the foot – or at least seriously stubbing a toe. 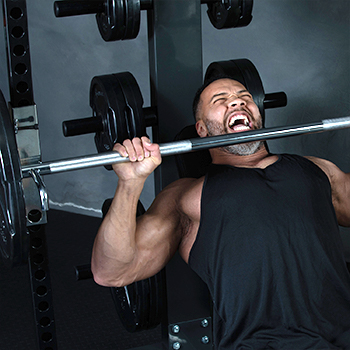 In the name of balance, something’s still gotta be said for working hard, and taking oneself out of “autopilot” mode. As important as this is for beginners to understand, it’s even more important for lifters who have years of training under their belt. The exact reason a plateau may be in place preventing next level goals to be reached may simply be because you’re not spending enough time training hard enough. As time passes and goals are reached, thresholds change. If results are the name of the game, it’s in order to respond to this accordingly.

Seeing Weight/Fat Loss will at SOME POINT Mean Saying “No”.

You can be as anti-diet and habit-based as you want. As a matter of fact, I advocate it.

But I’m not delusional.

Having good habits and a good relationship with food is a good, important thing to be in control of. But if you’re not okay with ever coming to terms with the fact that dropping weight or dropping body fat will probably mean being a little hungry from eating in a calorie deficit, or occasionally fighting typical cravings for poor quality meals in favour of something a bit less exciting (and a bit more nutritious), you’re looking at things through rose-colored lenses.

Of course, a smart plan toward eating right and seeing results at a healthy, consistent pace means you should be able to indulge in some of your favourite junk foods… from time to time.

And OTHER times, straight up – you’ll have to not eat them. If you can’t align yourself with the fact that you can no longer eat whatever you want, whenever you want, nothing’s really gonna change. Which brings me to my next point.

Your Rate of Change is a Direct Result of your Efforts

Sometimes things need to be boiled down to the simplest logic in order to understand the import of a concept.  When I ran track in university, we trained 4 days per week, and each practice usually lasted between 2.5 and 3 hours. I’ll never forget the answer my coach gave me – clad with his thick, Russian accent – when I simply asked what would get me over the hump of a stagnant long jump just south of 7 metres:

He was right. Despite spending 12 hours per week training, the hard truth was, I would need to get my affairs in order to support 15 hours per week instead, and I’d probably notice a change in performance that related to those added efforts.  This advice is, of course, to be taken with a grain of salt; if nutrition, recovery, sleep, and overall lifestyle aren’t conducive to increasing training frequency, it won’t work in your favour. It’ll work against you.  But a lifestyle adjustment to make it possible speaks to my point in and of itself. And at least some of that just may be controllable by you, and not by commitments you’re locked into. Medium level commitment will give results – of the medium-level category.

The pandemic was the second time in my life where this lesson was taught to me. For about a year, I had the keys to a completely empty gym, and no responsibility to wake up at 5 or 5:30AM for morning clients in person. I was a pretty big boy before taking advantage of that opportunity to train almost every single day, dial in the diet, and increase each day’s workout duration by a bit also. The results spoke for themselves, and managing expectations now that things have become busier again has been the key to keeping the grand majority of the earned gains.

Take these examples as a reality check: How many times do you train per week? How often would you like to? And most importantly, how often do you NEED to train for the results that YOU want? Those results could indeed be realistic, but they still depend on your commitment to the process.

None of This is “Unhealthy and Obsessive” unless You Make it That Way.

As a whole, most public fitness advice exists on one of two ends of a spectrum. People can become so ensconced with either pushing it to the limit, or with taking it easy and giving themselves endless allowances as a middle finger to the system, that the notion of any sort of “neutral ground” existence sounds like complete gibberish.

Working hard may take on a different context at 35 compared to 20, but it still exists. Moreover, getting results of any sort – compositionally, athletically, secularly, or anything else – involves sacrifice. We shouldn’t try to make proper training into something it isn’t. And we shouldn’t immediately view people who know how to smartly do so as “obsessive” and over the top.  If you have a distinct goal, or your health is at risk or below average, it may take a more than average effort to promote change.

What matters most is your awareness of what results your levels of effort will yield, without anyone getting in the way to sugarcoat things. Your ability to turn the mojo up just as easily as you can turn it down will be a real defining factor to your physical health, mental health, and results earned.

I’m pretty sure you’ll like the results you see as well.