...Chances are, you're not doing it 'cause you've never even heard of it before. 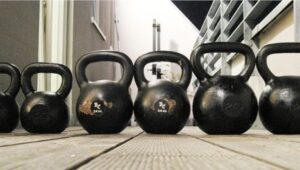 I decided to blog about this because it’s not a popular move – but boy is it effective.

I stole this idea when I was doing some research and stumbled upon it through a strength coach for a Major League Baseball team.

First, allow me to give some background info. Mid back weakness is a common problem spot in both everyday clients and athletes. The product of such weakness is poor posture, a sunken ribcage and even forward head posture.  Doing wall slides and foam roller work may be good to prepare the tissue to be more relaxed, and encourage tall spine positions, but the muscles that surround the spine aren’t really being trained (at least not with appreciable resistance) to deem this a singlehanded fix.

Moreover, many upper back exercises, when done improperly, can shift plenty of the working loads to the upper traps and upper arms. Ultimately, this can exacerbate the problem a lifter is trying to fix.

Here’s what we need to know about training the mid back:

With that said, up until this point I was a large advocate of the Trap 3 Raise exercise that I learned through Charles Poliquin seen here:

I still love this move.

To kick things up a notch, I like the Kettlebell Angled Press. There’s a lot going on here that the typical unilateral trap-3 raise doesn’t attack. First of all, the movement still takes advantage of the proper force angle, but encourages an isometric contraction of the shoulder retractors and postural muscles, since the bell is being held in close (in other words, you’re not allowing gravity to pull the bell down towards the floor, for the duration of the entire set).  In addition, the lever arm created by the arms sliding forwards and outwards creates plenty of work for the thoracic spine extensors, while making sure the deltoids are less involved (since there’s no “raise” component to the lift. In the trap 3 raise, I’ve found that missing the technique on a few reps can allow the shoulders to jump in and initiate the “lift” pattern. With the KB press, there’s less room for that, since the delts would only get involved closer to the end of each lift, and not throughout).

Third, the fact that a kettebell is being used rather than a standard dumbbell is a big deal. The weight distribution of the bell makes the weight feel that much more daunting at the top of the force curve. It’s a subtle change, but it makes a big difference. Think about holding 10 pounds out in front of you with a dumbbell, then holding that same 10 pound dumbbell on a string so it hangs to waist level, though your hands are still outstretched at the same level and place.

My favourite part about the KB angled press is the fact that it encourages a rigid trunk and spine. Because you’re carrying the bell in both hands, the torso isn’t allowed to “rest” on anything. That activates many more muscles to encourage good, even spine posture through the entire back. As you go through the movement, it’ll ask a lot more of you to maintain good form.

Check out the video below to see me putting it into action early last week, with a mere 20lb kettlebell.

As you can see, a mere 20lbs was giving me the gears post workout!

To sum up, here’s the step-by-step on how to do this:

Use this exercise as a posture enhancer, or burn out with it at the end of your back workout. Either way, your back will definitely reap the benefits of the kettlebell angled press like there’s no tomorrow! All of a sudden, we’ve found use for the dainty light kettlebells on the rack.