The Framework Of A Fitness Sellout, And Why Great Coaches Get No Love

Are you or people you know "selling out"? Don't let it happen! 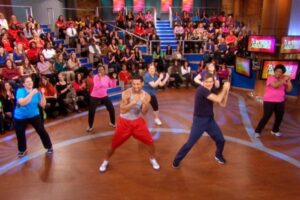 When it comes time to get started in any given industry, many times a newbie has a choice to make.

Less a few technical industries, the self-made, built-to-last method takes years of development, and leads to a lasting reputation and usually an important contribution to your industry as a whole.  The other route may be that of a corporate push.  Money is alluring. If you can get in touch with the right people, then you can get in front of a lot of money, mighty fast.  This especially applies when talking about the world of fitness training.

I think I can speak for many when I say that getting the respect of colleagues and, of course, of clients, is among a brand new trainer’s prime concerns when getting started in the industry.  It’s one of those types of industries where 9 of 10 people who get into it have the best intentions, especially when they are never isolated right off the bat, having a job at a gym with 30 contemporaries. Plus they’re subjected to instant feedback since they work with clients directly.

So, you go on your quest to acquire as much training knowledge as possible, in the name of bettering yourself for the good of your clients, your reputation, and your industry. Power to you.

Somewhere along the line in a smart trainer’s career, comes the decision to acquire recognition as being one of two distinct “circles” of people, and I personally like to categorize them as the following:

These are the guys in the industry whose books you read, and whose conferences and speaking engagements you attend or watch on youtube. Their written work gets featured in sophisticated journals, websites, and the like. Good trainers often shape their training methodologies around what they’ve learned from these guys. And it pays off. They often get plenty of long term clients, respect within their community, and notable and legit results with the clients who stick with their methods. You just can’t knock ‘em.

Again, these subheadings are just my own creations – nothing’s in stone here. First, there’s nothing wrong with getting on TV – I’ve done that many, many times. These “experts” I’m referring to, however,  are the TV and media moguls; the infomercial, and multiple product – selling trainers.  They have fantastic bodies, surprisingly new and innovative unconventional methods to training, and maybe even a few celebrity testimonials. Their approach caters to just what the viewers at home and in person want to hear, even if it compromises the foundations and science of true training. Because of their tremendous exposure, their followings are huge, and their names are often household locally, nationally, or even internationally (depending on their level of celebrity). Log on to their website, and you’ll likely see a superfluous bio that includes no real accomplishments, plenty of shots of themselves – usually scantily clad – and some form of intangible “statistics” about them that can’t be proven (like “America’s most sought after trainer”, or “Ontario’s #1 health expert”).

Most importantly, the respect they receive in their community comes only from those who don’t know better.  Meaning, clients and novice trainers and trainees may be star struck, but the fitness influences above, don’t even bat an eyelash. And guys like me have a reason to knock them.

Sadly, fitness “experts” may know a whole lot about training in reality. They may have also gone to school to learn a thing or two, and also train pretty well themselves to sculpt a chiseled frame. The place they drop the ball is where my title comes in.

When introduced to the word “sellout”, most people usually relate it to the music industry right off the bat. A musician may have started out not caring about the money potential and keeping his or her lyrics pertinent to real experiences and spreading a certain message. The music was still art, and unaffected by any “machines” record labels would force them into. Because fame and fortune doesn’t come as easily to this crowd, these artists decide to change their sound, dumb down their lyrics, and appeal to the masses. All of a sudden, the radio plays their stuff more often, the masses buy their products, and money’s in the bank!

To parallel this, as you probably guessed, being a fitness “sellout” means you’re a trainer who has deliberately attempted to mask the whole truth from the consumer, since the information about what most fitness influences I mentioned above will agree that training should really be all about, isn’t all that sexy.

You may be well educated, and may even train completely differently than the methods that you personally endorse. But you still endorse them.  Why? Because it puts your face on the screen, and it puts money in your pocket.

Don’t believe me about the sexy point?

How many hugely respected strength and conditioning coaches and other training “influences” do you see on live TV on the regular?

If you go to most middle class households and mention names like Tracy Anderson, Gillian Michaels, Shaun T, Billy Blanks, or John Abdo, chances are, those who live there will recognize most if not all of those names.

Oddly, there’s a consistent theme that everyone who’s actually important to this industry also seems to have a low social profile. Sure, they have big – no – they have huge followings; but that’s only within the community of non-commercialized fitness and strength training. You know. The real stuff. Training that will actually make you physically fit, with no cheap gimmicks or lies attached to it.  TV doesn’t seem to care much for these kind of guys, and would prefer that the consumer be wrapped in the misleading shroud of “what’s sexy”.  Whatever keeps ratings up, right?

I’ve been able to do a decent amount of media the past couple of years, and I’ve also turned down a number of segment opportunities because of the issues above. Simply put, in my experience, many stations would prefer what’s flashy and fly over the fundamentals and why they’re important. I’ve learned that there’s a fine line between being able to simplify good information to make it more understandable for a novice crowd, versus simply changing the information altogether, or not highlighting what’s necessary. Unfortunately, I’m not on board with the latter. Though, I’m happy to have been able to spread a decent word in the media opportunities I’ve gotten so far.

It really says a lot about networking companies when they allow some good, ‘brutal, unsexy truth’ to be told on the air by someone who hasn’t simply feigned expertise.  In my eyes, it actually means they care about what’s being spread by the media, which is arguably the most powerful influence in the world – in any capacity.

Really. Think about it.

My last blog article talked about the importance of clients taking the initiative to educate themselves due to the fact that there are many inept trainers sharing the industry with those who are competent.  I’ll add that there are also very competent, educated trainers who have decided to shirk their responsibility of telling clients the whole truth, and garner attention and a big following with ear-tickling methods.

And THAT is what I call a fitness sellout.