Some of the hot supplements you're taking may be giving you expensive urine, and not much else. 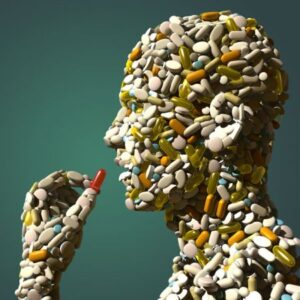 I’m proud to introduce Examine.com to my blog for a guest post that reveals some important and timely reminders about supplentation. I’m a big fan of the research work over at Examine.com, as it’s really had an impact on currently practiced diet and exercise regimes. Be sure to check out their website for more fantastic research.

We spend a lot of time researching supplements at Examine.com. Their effects are as varied as the exercises people do at the gym. There’s no shortage of people that invest a lot of effort into determining their ideal supplement stack. There are gym-goers that consider their supplements on the same level of importance as their diet and exercise plan and there are those that care more about the proper timing of their intra-workout nutrition than anything else.

We’re here to remind you that, contrary to what our hypothetical gym rats believe, supplements, diet and exercise are not equal, but have an isosceles relationship (if it’s been a while since you’ve opened a math book, an isosceles triangle has only two sides of the same length).

Can you guess which leg of the triangle is the shortest?

REMEMBER TO LOOK AT RESEARCH IN CONTEXT!

Reading scientific studies is a great way to start evaluating supplements. Unfortunately, too many people are most concerned with the conclusion. They might look at the title of the study and the final statement. That’s just not enough.

All three of those studies are well constructed. They’re good examples of why a single study does not lend itself to complete understanding of the subject at hand. Unfortunately, many publications will have you believe that the newest study is the best study. In reality, each new study is another puzzle piece. Though we cannot hope to ever complete our jigsaw puzzle, each additional piece clarifies the big picture a little bit more.

When reading a study, consider the following:

A good overview of dietary supplements involves looking at the overall collected evidence. Free-to-access databases are ideal for this. Combining that kind of research with the opinion of a few independent authorities on the subject in question will paint the clearest picture.

One of the best examples of a supplement that delivers on its intended purpose is creatine, a simple amino acid. Creatine is stored in cells in the form of phosphocreatine and prevents the cell’s main energy source (ATP) from being depleted. There is very robust and reliable evidence that suggests the compound increases power output. Research also shows that creatine can protect all cells in the body, by supporting ATP functions and ‘swelling’ the cell, which protects it from potential toxic stressors. Moreover, creatine has been shown to promote cognition and even has some anti-depressive effects (though possibly only in females) and is generally a health supportive compound.

Beta-alanine is sometimes referred to as creatine’s little sister, since it is also a proven ergogenic aid. Rather than buffering ATP depletion, beta-alanine buffers high acidity levels. The compound has been found to show a 2-3% increase in physical performance for activities in the 60-240 second range. There is also potential for the increase of lean mass when taking beta-alanine. Further research is needed, but the increase in lean mass appears to be independent from food intake or an increased physical performance.

Fish oil is actually a pharmaceutical drug (Lovaza) meant to reduce triglycerides because of how effective it is. Usually, fish oil is supplemented in order to protect well-being and reduce inflammation.

Vitamin D is a popular vitamin supplement, as it has been shown to confer protection against the bone loss associated with aging, as well as benefits for fertility and mood enhancement. It is generally taken as a protective compound by those not living near the equator.

Vitamin K is a recent addition to vitamin supplementation, as it has shown promise in promoting bone and cardiovascular health. Vitamin D and Vitamin K are beneficial in levels above what most people receive in their diets, and work together on many parameters.

WHAT SUPPLEMENTS ARE OVERRATED?

Glutamine is one of the most well-known ‘ineffective yet heavily marketed’ supplements. Though it is intended for muscle building, the compound does not deliver. Glutamine increases muscle protein synthesis when it is present in a cell, but oral ingestion does not allow for glutamine to get to the muscles in useful levels. It has repeatedly failed to increase muscle growth and physical performance in power athletes, and only has a minor role to play for endurance athletes, since after two hours or more hours of physical activity, the athlete may undergo an impermanent glutamine deficiency.

Tribulus terrestris has been touted as a lean mass gainer and testosterone booster. Not only does it not improve physical performance, but both of the aforementioned claims are false as well. Tribulus terrestris, however, is well-known for its libido enhancing effects and positive effects on urinary health and kidney stones.

L-carnitine is another good example of a supplement that is not effective for its intended marketed use, but has other beneficial effects. L-carnitine can reduce muscle soreness related to prolonged intense exercise and may also help improve cognition. However, it does not work as a fat burner in healthy people.

Glucosamine is a joint health molecule that has been studied extensively. Unfortunately, all research has concerned elderly people with osteoarthritis of the knee. There is no evidence to show benefits for athletes. It is also plausible that the benefits of glucosamine are due to the presence of sulfur in the body. In this case, whey protein and garlic can serve as dietary sources of sulfur.

WHAT SUPPLEMENTS ARE GOAL-SPECIFIC?

Vitex agnus-castus is a very specific supplement. Historically, men that have gnawed on the berries of vitex agnus-castus have experienced a reduced libido. Women, on the other hand, have found that vitex agnus-castus very reliable reduces the psychological and physical effects of PMS, including a reduction in irritability and breast tenderness.

Pelargonium sidoides has been found to be remarkably effective in reducing the duration and the severity of symptoms of a throat infection. Most research on this supplement is related to acute bronchitis, but if you find yourself with sputum in the lungs and a hoarse cough, consider that pelargonium sidoides may help.

WHAT SUPPLEMENTS ARE WORTH KEEPING AN EYE ON?

Spirulina is a rare kind of herb because not only has it shown promise in treating diseases associated with inflammation, but it also serves as a ‘general health’ supplement. Spirulina has two main mechanisms. One is a general boost in immunity, while the other inhibits an enzyme (NADPH oxidase) that links the immune system to oxidative stress. Keep in mind that this may suppress the immune system when dealing with certain infections, but it can also be highly therapeutic. The herb’s main molecule (C-phycocyanin) resembles bile acids, and it is thought that spirulina mimics the benefits seen in people with high levels of bile acids in their blood. One example of these benefits can be seen in people with Gilbert’s Syndrome. This ‘disease state’ is characterized by nearly half the risk for cardiovascular and cognitive diseases, obesity, and longevity.

Ashwagandha is a fascinating supplement because it belongs to the ‘adaptogen’ class of molecules. These molecules increase nonspecific stress resistance, which means your body will actually experience less stress during moments of anxiety. Rhodiola rosea and panax ginseng are two other examples of adaptogens. Ashwagandha specifically may help reduce social anxiety. It has been shown to slightly enhance power output in untrained people and even raise VO2 max in elite cyclists. Further research on this supplement is needed, but initial signs are promising.

No matter which supplements you include in your daily stack, don’t forget the isosceles relationship of supplements, exercise, and diet. Picking the right supplementation protocol is important, but not nearly as much as your dedication to your workouts and commitment to healthy eating.

Once more, what’s the shortest leg of the triangle?

Kurtis Frank and Dr. Spencer Nadolsky are researchers at Examine.com, an independent organization that researches that actual evidence behind supplementation. Having worked on the project for 2.5+ years now, the site boasts over 25,000 studies analyzed, and is the leading website on neutral, un-biased supplement information.