So you Think Being STRONG Means you’re IN SHAPE?

The truth is, you may be worse off than someone who's never set foot in the gym.

Log onto YouTube on any given day and sift past the fluffy stuff. You’ll probably notice it’s teeming with videos of lifters moving impressive numbers in the weight room.  This can be motivating, inspiring, and just what the doctor ordered for you to stop what you’re doing and hit the gym to follow suit.

Training for strength can feel fulfilling, and like a whole lot of fun – but most significantly, it’s something I maintain should be your prime focus where your physical activity is concerned.  Read anything I’ve written on the subject in previous articles, and you’ll know that I exhaustively tout the importance of developing your foundation through a base of strength training. It’s invaluable for a lifter to prioritize, and by extension, maintain as he continues training.

A major issue within fitness culture rears its ugly head once the guise of “good intention” is removed from the equation.  Doing the right thing as a trainee can lead to plenty of results; results that can become addictive, and even unneeded.  Sure, it disadvantages nobody to have more strength. You can’t be “too strong” for a life endeavor to make it one that’s unfit for you to take part in. it never happens and it never will.  With the state of today’s society (complete with its general lack of strength), it’s a reason in itself why it’s so important for us to train for it.  It’s worthwhile to remember, however, that beyond a certain point, the pursuit of continued gains as a strength trainee becomes a hobby above anything else.

That must sound dastardly coming from a respected strength coach no less – but I stand my ground.  Before I continue, I want you to keep a mental picture in the back of your mind: For much of the population, an overwhelming number of them are able to function (albeit poorly) without having any background whatsoever as strength trainees. We all know the benefits of improving strength – increased bone density and connective tissue resilience likely being top priority. Neglecting the body’s need to be trained in this way for the majority of your life will make for some labored movement during older age, along with susceptibility to injury.  Taking this example and transforming it into a trainee who regularly strength trains for 40 years or more, one can say that they’ll have the bone density problem solved, less extenuating circumstances. 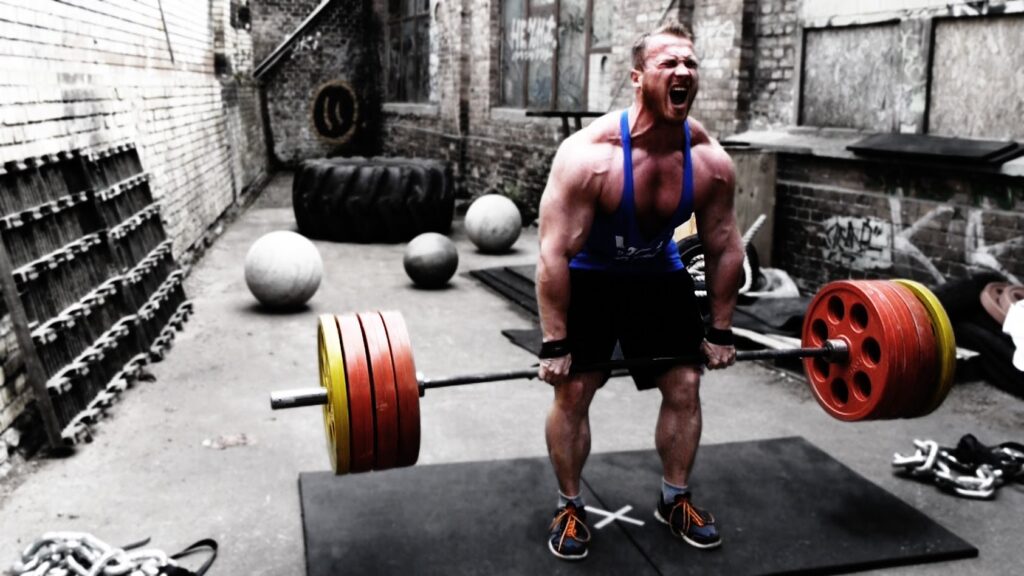 All of this begs a question – how strong is “strong enough”? And that sure is one valid question to ask – one that no one seems to be bothering to ask. Truthfully, there’s no real answer to it, just like there’s no real answer to how strong you should be to maintain proper full function in older age. Whether or not a 600 pound deadlift creates additional health benefits compared to a 500 pound deadlift is a topic worth intense debate. By this point I’m sure you know the side of the fence I reside on.

Like most things surrounding this subject matter, there’s no middle ground. People are either inundated by gimcrack training fads that make commercial platforms a lot of money but don’t translate to sustainable results for the consumer, or they’re coerced into the diametric opposite, courtesy of the “hardcore” crowd.  If you happen to hire a professional to assist you in your fitness endeavors, I’ve sadly found the same dichotomy seems to exist.

A growing number of fitness coaches are taking the initiative to improve their knowledge and implement useful methodologies to the training systems they design for their clients. They realize that these clients largely comprise the population I highlighted in the mental picture I illustrated for you in the subheading above – and as such, they’re clients who are in dire need of sound training methods, which include a whole lot of strength training. By taking steps to increase their education, these fitness professionals pull themselves further and further away from the fluffy weekend-certified stock that perverts the industry. Unfortunately, in doing this, many of them can’t avoid the potential downside of acquiring the same level of campy zealotry for improving strength as prime focus, at all costs. Run-of-the-mill clients become quasi-powerlifters – and not by choice.

As I said a couple of times now, I realize that an untrained individual will need more concentration towards his development of strength, and at the start, that may mean taking a fairly obsessive mentality towards improving it; the same way an obese person would need a similar mindset regarding training frequency, consistency, dietary discipline, and recovery patterns until better health and fitness is achieved. It’s the “big fish” to fry for the time being. But after some time, and the acquisition of very respectable numbers in the gym, the point of “training for health” can become confused in the mix-up of chasing PR’s in the big 3.

I’ve seen many strength coaches and lifters write off exercises and training methods as useless, simply because those moves don’t zero in on developing specific strength or have a quantifiable gauge to mark improvement. That’s a valid statement – if you’re strength training.

For an intermediate-level lifter to maintain his strength long-term, it probably doesn’t take a PR attempt every 6 weeks. A guy who can already crack out 12 chin ups and squat his own body weight equivalent 15 times isn’t about to lose that all the second he does a set of Turkish getups. “Strength training” should have caveats for people who have already become strong by general standards. These people have to realize that chasing PR’s beyond a certain point has a recreational component to it that has minimal transfer to added health or fitness.

Beyond this, being strong doesn’t mean you’re fit.

Take the trip down memory lane to life as an awkward teen in your 9th grade health class. You may remember your curriculum teaching you that there are actually 11 determining components to fitness, either health or skill-related. Included in this list are muscular strength, muscular endurance, co-ordination, balance, agility, power, cardiovascular endurance, and flexibility.  Lifting weights and having a handle on your strength certainly covers one of these components, and will even refer itself to a few more of them, to varying degrees.   For these factors to truly be notably improved, however, it may mean stepping away from the heavy triples for a phase.  Or three.

Trust me, you won’t die. And changing your concentration for a month and a half won’t make you forget what it’s like to squat 400 either, if that was your thing before.  The more I see muscle-bound gym rats make themselves look like fools when it comes to literally doing anything athletic outside the gym; and the more I see “strong, well-trained” people get injured during mundane activity, the more I realize that these folks with a foundation need to start focusing on other areas of their fitness – especially as they age. The strength side is taken care of, and the foot can come off the gas pedal in favor of maintenance and a few new goals.

I’ve probably authored close to 500 articles in my career as a professional published writer.  The overwhelming majority of them are tailored towards strength and muscle development.  It’s my focus as a strength coach based on the platforms I belong to and audiences I reach out to, but there’s more to the story. We’d all be remiss to make the mistake of thinking that strength is fitness. It’s only a component of it –albeit an important one.

This is the single notion that the otherwise debacle known as CrossFit actually has a good understanding of. If they didn’t carry that notion out in such a horrible way, many more of their arguments would have validity.  Regardless, the point remains: Taking the time to address multiple areas of your fitness will actually improve your fitness. Only working on strength training year round will without a doubt make (and keep) you strong, but will compromise a number of other areas of your fitness as a by-product. It’s just the way it goes.

I’m not imploring you to pull the trigger on a massive overhaul that places you at the next Special Teams tryout for the Buccaneers’ farm squad.

Nevertheless, this all does go beyond just changing up the rep ranges in your strict press or deadlift. Inside the weight room it may mean some attention to lateral or multi-plane movements, mobility, or unilateral or general conditioning work. Outside, it may mean a few new drills, running some stairs, or even dabbling with a new sport.

I only write it off as a laughable waste of time if I see a trainee using any or all of the above training methods despite hardly being able to support their own free-stand without blowing over in the air conditioning.  Whether they’re misinformed and believe they’ll improve their strength by doing these things, or they just plain don’t think strength training is something they need to prioritize, they’re in need of guidance.

Let’s face it, regardless of how we train, our egos are instrumental in doing do two things: 1) making us feel like whatever we’re doing is the right thing, and 2) convincing us to keep skill sets contained to what we’ve become good at.  Both are dangerous if your goals include having a spectrum of well-rounded health and athleticism.  Next time, check it at the door, and maybe the calisthenics will earn more than a listless glance when you see them scheduled for the end of your workout program – ‘cause you probably need to do them.