Trainers: Here’s why the “Fluff” in our Industry needs to Stay Right Where it Is.

'Cause the truth is, you need it to butter your bread.

I’ve participated in many a rant session with colleagues about the state of the fitness industry, and just how irritated it makes a legit trainer to see the spread of misinformation on large platforms.

Notwithstanding the trainers who won’t admit they’re a part of the problem, most of the people I know have a case for sure. The truth is this: These days, it’s actually really hard to be a “bad” trainer. The amount of free information alone that circulates the internet on a regular basis, in all honesty, can easily rival many forms of paid formal education to teach a young trainer how to keep a client safe on a basic level.   With that said, when “bad” trainers surface and go on to make a name for themselves in the industry to the chagrin of their peers, it deepens the rift between well informed professionals and cash-grabbing go-getters.

As you may know, at this point in my career I happen to wear a few different hats in this industry, including being a coach, an educator, and a writer. The rift that I mentioned above can transfer itself away from the fractious relationship between good and bad 1 on 1 trainers, and can begin to manifest itself in the world of fitness writing and media also. Time and time again I’ve seen handfuls of excellent trainers and writers express their lamentations towards the fluffy platforms that regularly publish low-quality fitness advice or follow and promote trending training methodologies.  These good coaches want nothing to do with such platforms as it would have the serious potential to take away from their credibility as coaches.

Believe me, it’s quite frustrating to put your time and effort into your craft in attempts to do things “the right way” – the main reason being because you care – only to see those efforts upended in favor of the new dancercise country hip hop trend that promises to help you tone and build muscle in 8 minutes a day.

As egregiously horrible as such cash-grab systems are, I’ve recently noticed that I’m the one who had the wrong perspective on all of this.  As a disturbed fitness professional, I’ve been looking at things exclusively through my vantage point, and not enough from the vantage point that truly matters.

Who REALLY Drives Our Industry Forward?

The quick and easy answer to the above question would be “clients”. And it’s true, but a more complete answer requires a deeper dig.

Every personal trainer worth his salt probably has (or at least has had) lofty aspirations in having some form of an elite clientele; that could mean working with professional and semi-professional athletes in a conditioning facility setup, or it could mean working with actors for movie roles. It could mean working with well known, high-profile people in the political world or working with celebrities in the music industry.  Attaining any such clientele would lead to a probable immersion into a full time client base and a subsequent template as being “that guy” for that market.  There are several examples of this existent in our industry today. The thing is, it’s surely possible to attain, but it’s a very narrow-minded way to view the reality of our industry.

The people who really drive our industry forward – that is, who make it lucrative enough for a professional to earn a stable living – are not the athletes, nor the singers, nor the actors. It’s the most “boring” demographic.  It’s Bob from Accounting and Deborah from Finance. The 42 year old family man or woman who has a stable job, a home base and disposable income to spend on the luxury that personal training is.  They don’t have much time for recreation, may have children to take care of, and simply want to find the fastest and safest way to lose 15 pounds, that works best with their schedules. 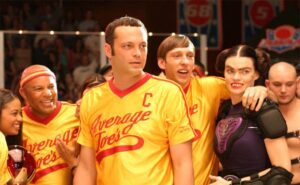 When this demographic clearly comprises the overwhelming majority of personal training clientele (at least in a metropolis like mine), isn’t it only logical that large publications, infomercials, boot camps, television corporations, and even insta-famous trainers corner this massive market – even if their information is, for the most part, cringeworthy?

Stop Trying to Sound So Smart All the Time

The reality of the situation is this: Bob from Accounting and Deborah from finance, complete with their busy lifestyles and potentially old-school influences, aren’t going to pick up an issue of the NSCA’s Journal of Strength and Conditioning Research in order to get some fitness advice that they can bring to the gym next Saturday morning.  They’re probably more prone to pick up an issue of Time Magazine, or some leading health and lifestyle magazine that they grab at the checkout line of their local Wal Mart.

So let’s bring this back to intelligent trainers: If our focus as professionals should really be geared towards this demographic as the true meat and potatoes (as we’ve learned), then it behooves us as professionals to think about what information we put out there with them in mind, and how it will be consumed.

And even more importantly, whether or not it will be consumed at all.

This, in and of itself, creates a new challenge for trainers, that I’ll first introduce by way of a music analogy.

Most casual hip hop listeners will enjoy a range of different sub-genres and artists. Many are in the habit of making playlists or mixes based on songs they hear on the radio or in the media. The content may be light and fluffy, and a true hip hop head may be very bothered by the fact that excellent lyricists with poignant messages and dense content don’t get as many record sales as the glitzy young star who talks about rims, girls, and getting money.  Because of that talented artist’s limited visibility, a casual listener may not even be aware that the he exists – at least not until one of his slightly “lighter” songs makes the rotation into the top 40, with a good message and respectable lyrical content all the same, but specifically packaged and delivered to the demographic in mind.  That in turn exposes the listener to a dose of “real” hip hop, and may give this listener the impetus to tune some of the garbage out, and pursue more of the good stuff.

You know where I’m going with this.

The challenge for us as professionals is to find a way to get the information that they need to hear, in front of them using the vehicles they’re most prone to using to consume any information at all.  That means TV, media, and popular magazines and websites should all be fair game to help the masses. We can try to work backwards and infiltrate the system through niche markets that grow, but fact is fact: No matter how big they become, they’ll still be outsized by the power and strength of mainstream bodies that aren’t going anywhere. 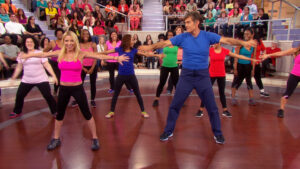 Moreover, the only way the “fluff” many mainstream platforms may distribute will lessen itself is if more legit coaches step up to deliver quality content on such mediums. The catch is to package and deliver it in a way that the masses will actually heed, taking care not to bastardize scientific truths of fitness and health while doing so.  It’s a difficult thing to pull off, but essential.  If one good voice could enter every mainstream platform, it could create a serious spike in the quality of training information, even amid the several bad voices that perpetuate the current divide mentioned earlier.

I pride myself on being a coach who’s regularly featured in sophisticated training arenas like the National Strength and Conditioning Association’s Personal Training Quarterly or publications like Muscle and Performance or TNATION, and I’ve spoken at provincial and state-wide events to educate other professionals in the industry. To add to this, I’m now a part time College Prof for Fitness and Health Promotion students in their graduate year.  8 or so years ago, these would be considered pinnacle achievements for my future, but now I’ve noticed that as highly as I regard such accomplishments, I’ll always realize that we spend the most time as professionals in the “legit” side of the business, talking to each other and not enough to the general public who really need to hear it.

I used to talk the esoteric, super scientific training jargon, dense with terminology and inaccessible to clients who truly don’t care as long as it delivered results.  And that’s also exactly why I stopped.

Today, I instead pride myself in being the coach with all of the accolades mentioned above, but also a significant mainstream reach via the mediums that many of my colleagues may vehemently scorn.

Of course, there’s a line. Some people have gone too far for repair, and are waist-deep in misinforming the masses in attempts of swindling them out of their money via product sales.  Others are after their own agenda of becoming online celebrities.  We can’t partner up with those people without a serious conflict of interest.

As professionals, my personal opinion is that our current line of focus is a little bit more of a pipe dream than we’re seemingly ready to admit.  It’s time to turn our gaze towards the people who need it, by tapping into the places they’d most likely go looking for it.

Unless you’re okay with trying to service the 10% of the training population that everyone else seems to be fighting for.

Listen, I’m not saying that everyone in the industry should abandon their goals as trainers in order to work with (and speak to) members of the general population. What I am saying is that many coaches tend to lose perspective on one simple reality: 90% of coaches will see average, general population clients, 90% of the time.  Even more so if this is their full time gig.  It only makes sense to educate them too.  They’re the ones who actually need to hear it the most – even if it’s found in a fluffy magazine.  And at the end of the day, we’re the ones who are supposed to care.