Truth: Half of what we Call “Fitness”, Isn’t Fitness at All.

We can act like getting in great shape is a quick and fun fix, but we know we're fooling ourselves.

Because of my job, when I think of the word “fitness”, it may take on a bit more specific a meaning than it would to the average Joe.  The masses often think about fitness as a gateway to health, physical activity and maybe even eating well to support it.

That’s not wrong, but we all know the role of popular culture.

In order to reach more people, terms can become packaged into something that they’re not; hot button phrases that get people excited to buy products or invest their time and attention into otherwise fluffy endeavors. It’s the nature of the beast.  And it’s come down full throttle on the idea of fitness. The amount of people in my city who have the belief system that getting in shape is a supposedly easy, quick-fix patch job undeserving of any science-minded thinking is staggering. This can obfuscate the import of the word “fitness”, and give people a false sense of accomplishment.

I know what you’re about to say: the idea of fitness needs to be looked at on a sliding scale, as one’s perception of it is probably different from another’s.  For some, it could mean being athletic enough to, say, run a half marathon. For others, it may mean working out often. Others may think genetics play the biggest role, and as long as you’re relatively healthy, you’re fit.  Others still may attribute fitness strictly to how you look; a lean physique and visible musculature is the true pinnacle.  No matter what you have a penchant for, there’s no refuting the fact that many of today’s most popularized ideas of fitness completely negate the idea of hard work.

True story: I was watching the news a few weeks ago, and the headline of “Family Farm Fitness” was previewed as the segment to immediately follow a commercial break. I waited for it to air, and was disappointed to see a full report featuring parents and their children dancing and frolicking in the outdoors amidst alpacas and barn fowl – to music, no less.

The problem isn’t the fact that people are doing this with their time. It’s the fact that we as a society are using the largest platforms and resources at our disposal to package and market such things as viable examples of fitness. It’s erroneous.  It’s disingenuous. And what’s worst of all is I think we know it. 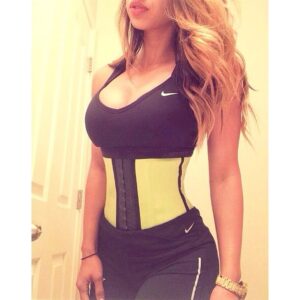 Especially over the last decade, the “boom” that the world of exercise science and nutrition has made on general society has put its foot down on several myths that once permeated it. It’s much more common knowledge than it was before that weight training is a healthy pursuit, and that being strong is worth the investment – and I have to admit it: a whole lot of that is thanks to CrossFit. Good information is out there to counter the bad, but it doesn’t seem to prevent the existence of a bastion for the lazy and unmotivated to take shelter in.  The corner-cut fanatics are the ones who eat up the false idea that getting fit takes little to no effort, and the cycle repeats itself when so called authorities leverage that for hits, views, and sales.

To play devil’s advocate for a moment: There’s definitely a psychological aspect to this, and maybe it can be viewed as a silver lining. In previous blog articles, I’ve talked about health being all encompassing. Many people neglect the important role mental health plays in the whole fitness picture.  So hey, if a sweat-free frisk with livestock makes you feel better, who am I to judge?  All I know is that if you ask 10 people on the street about the kind of physical health they want, they’ll probably give an answer that requires much more work than that.  And really, why should we be surprised?

Truth for Consumers: 10 Minutes a day won’t cut it

Most big platforms won’t say it, so I’ll say it. You’re not going to “transform your body” with a trending 4 minute daily ab workout. Nor by wearing a corset. Nor by using special shoes and subbing out your office chair for a Swiss ball.  And the oiled, sinewy-bodied experts who have seemingly cracked the code to effortless results, don’t actually rely on the methods they’re selling to attain the physiques you see.  If it was that easy, the world would be jacked. 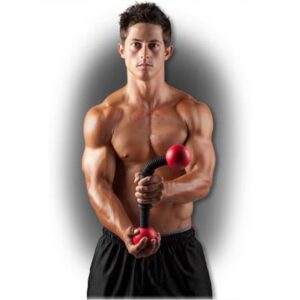 This, in all its forms, is exactly what the definition of fitness isn’t. In a nutshell, it’s not easy. Incorporating good habits and a healthy lifestyle takes discipline and fair amounts of willpower. Having a muscular, lean and athletic physique isn’t something attainable by 6 weeks past ground zero. But of course, that’s what the media would like you to believe.

What it Really Means

All of the silly examples I’ve listed in this article could easily count as forms of exercise, but not as forms of training.  The former is a vehicle towards feeling good and getting a short term result basically centered around unspecific goals and short term, fleeting satisfaction.  The latter is a vehicle to structure, sustainable results, and ultimately, good physical fitness that sticks around.  The moment we stop deliberately concealing this truth and face reality is the moment more people see results in the gym.

Until then, we continue to be the society who thinks walking to work is a suitable leg workout for Bob from Accounting, creating far more material for mass consumption.

All-encompassing is great, society. Until it begins straying from the truth. If we’re constantly trying to find someone’s hot button and feed their equally selfish and unrealistic pipe dreams, we’ll run into the same problem we’ve been seeing and ultimately perpetuate the cycle. Cool if wearing “toning shoes” makes you feel fitter, as long as deep down you know that what will truly get you fitter is your consistent hard work – in any shoes.

If you’re a personal trainer, you owe it to your clients and to the industry to propagate the right message of fitness for the masses to consider.  Instead of knowingly duping people into a false sense of achievement, create a relationship that lasts by ripping the band-aid off in one candid flourish. It’s better for everyone.  If you’re a trainee, I suspect that you had an idea of what’s going on already, and it’s just time to face the music. The reason you’re not seeing results could be because you’re on the lazy train – so if you’ve spent this long looking for a sign to get on your horse, here it is.