It seems like it's getting trendy to be offended.

It’s 2021, and lots has changed with the global landscape. Fitness has certainly been one industry that’s been hit hard by the effects of the COVID-19 pandemic. But that’s no surprise. It’s made for some time to think about the condition of the industry, especially since 3 quarters of my city doesn’t have access to a gym to work out.  Amid the frenetic scramble to makeshift gyms or rummage together old workout equipment as a means to an end, living room workouts have become the growing norm – cause, let’s face it – It’s either that or sedentary living.

Some people ramped up their fitness, while others let it slide. It’s as simple as that. And for many, it’s also as simple as a kick in the pants to get back in gear, regardless of the modalities and resources available to do so. It really depends on a combination of life demands, and of course the level of motivation of the individual in question. Regardless, it’s certainly raised some good questions about why we’re even contemplating our fitness in the first place. Not having complete access to gyms or live, physical fitness communities has emboldened many online coaches to tell the virtual world what should constitute fitness and health, and what shouldn’t. To be clear, this was already happening before COVID-19, but I think it’s increased in its frequency nowadays.  Sometimes these messages can get passionate. Very passionate.

I’m sure it’s usually in the name of good intention.

But we should call a spade a spade. Sometimes that ‘authenticity’ is just a euphemism for dogmatism.

There are a few caveats here, of course. The fact that there’s a general misinformation about health and fitness going around the industry is real – but is that misinformation as ubiquitous as we think? And just how terribly “misinformed” are we talking? Just as often as we’ve been conditioned to have certain expectations of “normal” standards for fitness and physical attributes, it seems that these days, we’ve also been gradually conditioned by the good guys to think that any inkling of desire for those things is something reprehensible. There’s no middle ground. And I think there used to be.

For every “Instagram vs. reality” social media post to bring people to their senses, comes another person who’s now worthy of shame for deciding they want to train for aesthetic results – or for thinking that, in certain cases, being “leaner” can equate to better health and fitness. 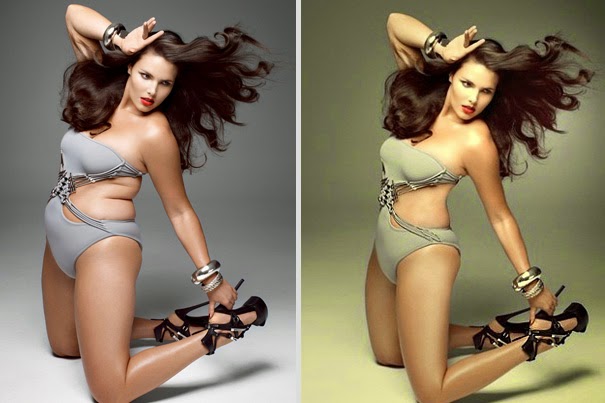 I want to be clear: I’m playing devil’s advocate here, and I think it’s necessary to make sure we keep it real as a community. Mainstream media and popular culture basically control the behavior of the masses, whether we want to believe that or not. Especially over the last few years, there have been many movements creating content that promotes an awareness of diversity as a whole. With that awareness granted (and the importance of such movements understood), it’s important the rest of us don’t miss the forest for the trees.

What if we’re not one of the fringe demographics that hasn’t gotten the love and respect from the fitness or mainstream world? Is it now wrong to have a body or physique that many others would consider attractive – even if it’s the ‘pernicious’ social conditioning that makes them attracted? And if we do fit into the neglected demographic mentioned just above, is it wrong to aspire to achieve those kinds of physiques in a healthy way – without it being pinned as disordered thinking or a lack of self-love? Is someone who radically transformed their body through great training and better overall nutrition still “eligible” to be a crusader for causes like all-inclusivity in fitness and health – or would they be muted? Does muting them give all of their hard work, dedication and effort a slap in the face?

I’m not picking a fight here. These are genuine questions I don’t have the answers to.

I think part of this comes down to simply being honest with oneself and others. There’s definitely something admirable about adjusting the perspective on health and fitness, and seeing that perceived “norms” are at least partially a product of societal conditioning – but becoming polarized with these facts in mind isn’t a good idea. When we go out of our way to say that we don’t train or make any food choices for aesthetic or cosmetic reasons (and generally speaking, that no one should), it can send an unclear message to people in audience. Likely a message that doesn’t properly acknowledge both sides of the coin… nor properly represent the amount of people who are actually, truly operating under those rules.

Folks aren’t stupid. They aren’t mindlessly scouring the internet without a formulated opinion on any subject, nor the ability to reason on what they consume. Sometimes experts can forget this. For most adults, it’s not going to take one sentence, one line, one commercial, or one IG video to completely influence a person’s entire thinking on a subject. For those whom it does affect that way, it reflects more issues with the individual than the content. We need to give people more credit than that.  Writing everything off as “harmful” to a culture can imply that the culture itself is beyond fragile. Saying the culture is beyond fragile implies that nothing its experts have done to this point have helped strengthen it. I’m not sure how I feel about this notion.

It’s okay and normal to train because you want to look good – whatever “good” means to you. If that includes having a relatively lower body fat percentage and appreciable muscle development, that’s fine. You are allowed to pursue those goals without a stigma. It’s also okay to be attracted to those things. Everyone has their flavor. 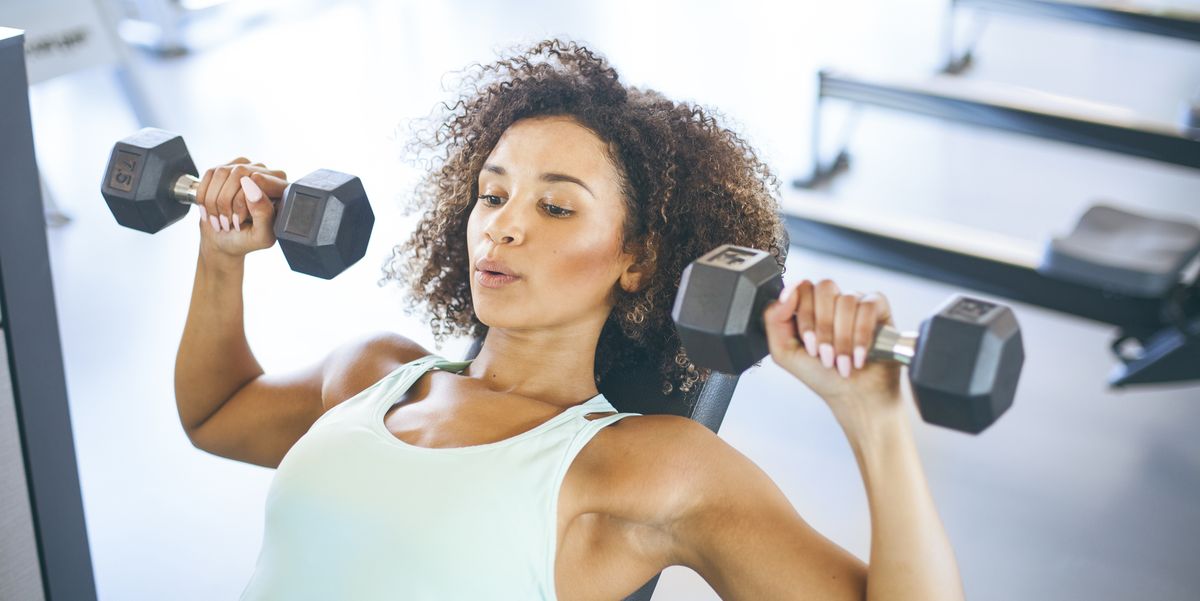 For some people, going after goals like this can make them less happy than before. But it may not (read, does not) have those effects on everyone who attempts. If “looking good” is really a subjective thing, then a person will naturally FEEL good if they see that they look good too. The key is to find that sweet spot, think bigger picture, and not be your own worst critic.

There’s plenty of awareness being spread about applying balance to our fitness goals. I think that for the most part, spreading awareness is no longer the task. That’s been covered, and for the most part, we’re aware. Doing this more can be a bit harmful in and of itself. It can start to discourage the thinking that there are indicators of health and wellness that a person can visually pinpoint. We’ve gained insight not to judge every ‘fitness’ book by its cover – but it’s still possible to be out of shape and look out of shape. Just like it’s possible to be and look in shape. It is (and will always be) the rarer scenario to be only one of those things without being the other.  And yes, that includes stage competitors who dehydrate themselves and commit nutritional masochism for an image, along with the social media fitness folk who do the same. It makes for a distorted image of fitness, but many big places have done their diligence to highlight that this shouldn’t be considered “normal” for the masses. Of course there are examples of people with medical conditions or health histories that can explain or lend to a certain body type, or to a ‘misleading’ physique – and in such cases, the route to better health for them may not be the same across the board.

As long as they’re in keeping with good health, it’s okay to have goals of wanting to lose weight or reduce body fat. I don’t know when or how this became an area of dispute. At its core, it can be a subject completely independent of self esteem or mental health, and it’s a deeper dive and whole other conversation to have when tying such factors into the mix.

With all things equal and without latching on to fringe variables that support claims, there’s a clear distinction and linkage that can be made among body composition, nutritional habits, and physical fitness and health – within reason. We can’t encourage people to turn a blind eye to that truth in the name of not being offensive. Doing that can take what was originally good intention, and blow it out of proportion. The ability to differentiate between factors that influence fitness and the lack of it is the very thing that gives personal trainers and fitness professionals a career.

Let’s give ourselves a reality check. This isn’t meant to shame people of different shapes, sizes or fitness levels. It’s meant to re-shine some light on the flipside of the coin that progressively fewer and fewer people are talking about. When anyone and everyone going for ‘strong and lean’ as their goals is painted with the same brush as far as their motivation to do it, perspective can be lost.  This is a reminder that there’s room for reasoning here, just like there is on the other side.

Fitness experts have the responsibility to report on both of those sides.

Not only the one that’s most trendy.

How to Do Squats: A Step by Step Guide

The Best Bodyweight Leg Exercises and Workouts for Strength

How to Squat When You’re a Big Boy