Why Fitness Is A Dying Industry

And what you can do to save it. 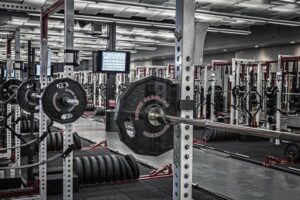 When you take a second to think about things in popular culture, we get plenty of examples where society disgraces the classics in an attempt to be different, new-wave, or just plain cool.  Being a hip-hop head, I readily think of examples of rap music that would leave passed-away legends like Tupac Shakur, Big Pun, Easy E or Notorious BIG turning over in their graves.

Twerking, the Stanky Leg, and the Whip my Hair could be said to have the same bastardizing effect on today’s world of dance, in the name of ‘art’ and self-expression.

This presents the perfect segue into what I actually planned to write about.

See, entering my 8th year in the fitness industry, I’ve begun to see plenty of the same mentality that reinforces the notion that money makes the world go ‘round.  Just like popular culture creates reality TV shows in the most tasteless of form for mindless entertainment, as well as machine-made musicians who are far from artistic, and high priced quality products that actually lack said quality, the gym life follows suit. If you look at any angle of the most recognizable fitness industry as the layperson knows it, it doesn’t take much digging to see that this statement is true.  Gyms have revenue and usage quotas, like many businesses, and quality of service (or even honesty inservice) can go out the window to ensure these numbers are met.  That could mean anything from incompetent staff members to fraudulent business methods.

More importantly, though, the professionals who are given centre stage atop the fitness world, largely fall victim to the snares of “fitness pop culture” just like a rapper who sells out for the sake of revenue.   The telltale signs may be glaringly evident when a once conscious emcee now influxes his listeners with lyrics about money, cars and hoes.  In the case of fitness, however, the signs may be a bit more subtle, so allow me to help you out with a few rules of thumb:

COMMERCIALIZED TRAINERS WILL ALWAYS HAVE RESPECT FROM THEIR CLIENTS, BUT NOT ALWAYS FROM OTHER COACHES.

The reason why most fitness personalities you see on TV, are on TV, isn’t because their passion and respect for what they do got them plenty of exposure.  There are plenty of trainers who are passionate about what they do. The “rules” for training haven’t changed, because human bodies haven’t changed. Less a few modifications, the same things that would elicit fat loss, muscle development, and improved overall fitness back then, are the same things that work best now.  Well-read coaches know this, which is why the latest lab research, journal studies, or respected fitness articles usually don’t promote the infomercial products the above trainers are seen on TV trying to promote.

EXERCISE IS NOT A SPORT.

The fact that an empire like CrossFit has gotten so large is its own two-edged sword.  On the one hand, it promotes health and fitness while popularizing the importance of lifting weights and training with barbells rather than rinky-dink 3 pound dumbbells and balance balls. But at the same time, CrossFit has instilled in the mind of exercise enthusiasts – both experienced and inexperienced – that training should be a conquest, and not about striving to improve your fitness.  The competitive spirit can be good for a healthy community, and a “don’t give up” type of attitude, but mixing heavy barbells with a stopwatch usually doesn’t end well.  Crossfit largely comprises of technical lifts that shouldn’t be done in a hurry under mental and physical fatigue, done in a hurry under mental and physical fatigue.  Aside from injuries, the results can be hazardous, and take the emphasis off of learning the right form.

“AT LEAST YOU’RE DOING SOMETHING” IS WHAT BAD TRAINERS SAY.

I’ll be blunt. You’re a sucker if you listen to a coach who tells you that half-assing it is excusable.

Working out once or twice a week, or making regular yoga or Zumba instead of proper exercise the holy grail of one’s entire fitness experience is the reason the fat and torpid remain fat and torpid. In any other industry, giving a poor effort wouldn’t render much of a compromising response. If somebody can tell me why any true professional in the fitness industry shouldn’t share the viewpoint above, with the health benefits of their clients in first mind, I’ll gladly concede.

It’s the equivalent of going to McDonald’s and ordering a Big Mac, Large fries, and a diet Coke,because you’re trying to eat better.  These “poor-on-purpose” methods of training exist, partially because they’re new, fun, and change the oh-so boring monotony of redundant resistance training. Our goal is to get clients results they seek, in the best and most efficient way possible. That should always be remembered in first mind. Fitness classes ususally derive from ideas that were turned into businesses or “brands” – and the masterminds behind the businesses are usually those same commercial moguls you see on TV (refer to subheading 1).  It’s no secret that the fitness world is infiltrated with misinformation, and the more time that passes with in-shape professionals promoting such methods as the key to fitness, means doom for the credibility of the fitness industry, and a much fatter, weaker continent.

TAKE MATTERS INTO YOUR OWN HANDS. MAN UP!

The fitness industry (and the few good trainers in it) is doomed for extinction if the masses continue to follow the sales-driven fluff that we all see on TV. It’s a tough situation, since the biggest stages and largest platforms available to us to educate the masses (think TV, Infomercials, and many popular magazines), often do quite the opposite and misinform them to fit the “pop culture machine”.

There are no exercises for Thigh Gap. Thigh gap isn’t good for you.

Tracy Anderson doesn’t use the methods that she promotes to have the fit body that she flaunts.

Somewhere out there are CrossFit instructors who know they’re doing more harm than good to their novice clientele who attempt timed Olympic lifts prematurely.

Because of the fact that the fake fitness propaganda is in our face, it makes it difficult to filter for the good stuff – especially since your local commercial box gym often plays house to more trainers who are less than competent (read, knowledgeable) within their own craft.  The good information is just as accessible as the bad stuff, however.  It’s as easy as clicking past the 2Chainz and Soulja Boy downloads, and bumping some Nas instead.