You Avoid Bad Trainers. Don’t Be a Bad Client.

This is a service industry. But your accountability doesn't end the second you hand over some dough.

I figured this was fitting.

There’s an abundance of articles written by trainers, and partially for trainers, detailing all the particulars that a prudent consumer would be wise to acknowledge when looking for a good coach. The thing that most of us forget to address, however, is the fact that this is indeed a two way street, and we’re often stuck making a living, either as part of a volume-pushing, overworking and underpaying arrangement that uses its feeder system as leverage until a trainer decides to leave, or a massive hustle game that basically never ends.

This isn’t jaded. It’s just real. For 90 percent of us, it’s the nature of the business. There are peaks and valleys in clientele and demand that often depends on the season, and we all crave any semblance of stability we can latch onto, in such a volatile atmosphere.

This is a service industry; you trade an investment of your money for our expertise and 1 on 1 guidance for a given number of hours per package.  The onus and demand is on us to make sure we’re delivering our end of the deal, and potentiating a return for the investment made.  But none of this means that the client isn’t responsible for doing his or her part to contribute either.

Since I can’t bring any articles that put this under the microscope to my recent memory, I’ve decided to create a refresher.  Trainers can often develop a bad reputation for many reasons – far beyond simply being a bad or negligent coach. The truth is, it’s easy to become blacklisted by many clients because of this, leaving said trainer sans-referral and ultimately not busy thanks to his bad rap.  On our side of things, however, the same thing does exist. We just don’t talk about it publicly.  There are many types that most of us would prefer to do without, regardless of the fact that we’re being offered money to work with them.

I’m not talking about a rampant “B.O.” problem or being a loud hisser either. I’m referring to stuff that simply makes the entire process more difficult to achieve success in. And most trainers who go over this list can likely identify with (at least!) one of the following. More often than not, it results in trainers spreading the word on such clients’ reputations, and passing on taking on the offer of working with them.

Most establishments and trainers – myself included – have a set rule: A training session is chargeable if a cancellation isn’t given with more than 24 hours’ notice.  With that said, I’ll personally add my two cents to say that I’m a guy who’s much more after clients’ results than making a routine cancellation of a client’s scheduled session into a cash grab.  It’s nice to get paid to do absolutely nothing, but it’s also important to remember that a client who’s constantly cancelling sessions still has your name attached to nonexistent fitness results that that client is still paying for.  That may not be the greatest look for you.

Beyond all else, it’s about something even more important: Respect.  Your trainer showed up for your session. It’d be nice if you did too, at least most of the time. I’ve seen many a client get “fired” for this reason. Just saying.

There’s nothing more simultaneously hilarious and exasperating than a client who pays for your expertise by way of purchasing workout sessions, only to attempt to dictate the methodologies used and training strategies employed. I know zero coaches who are okay with this, especially since 95% of the time, the coach is the one with more knowledge than the trainee.  In my books, an easy way to get on the naughty list among trainers is to show you don’t trust the coach you’ve hired by trying to call the shots yourself. You’d be better off parting ways.

It’s not our job to listen to you state your training goals that we’ve been paid to help you with, and then be forced to stand by while you disregard our advice. It’s a smack in our faces and a demonstration that trust is lacking. And no relationship functions well when there’s no trust. 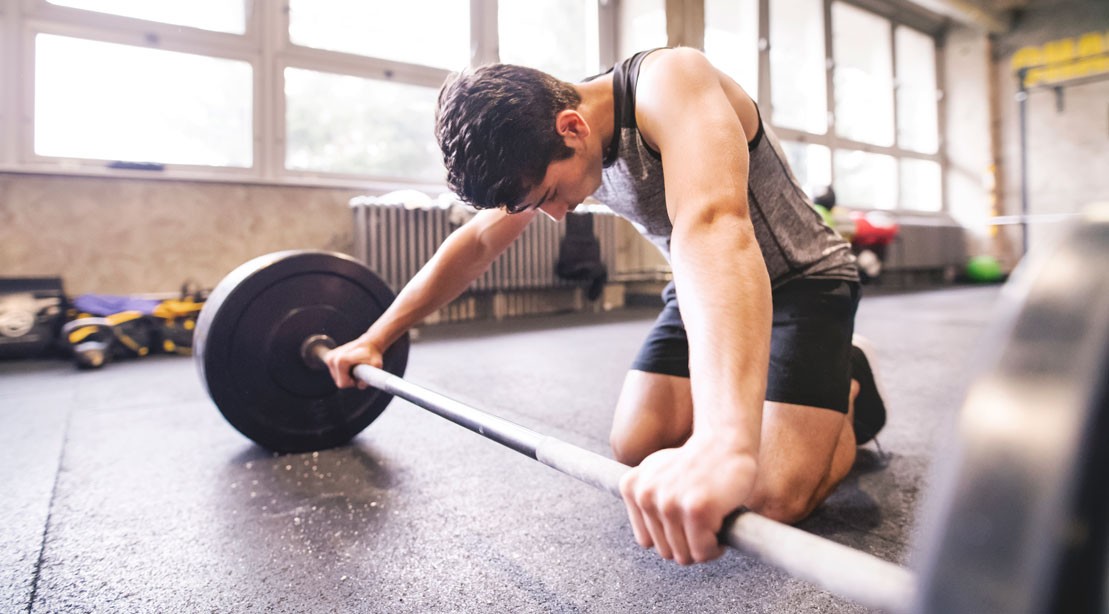 Over the years, I’ve found there are some people who literally prefer to be just plain negative.

It’s one thing to stand up for yourself and get the most out of your training sessions, and it’s quite another to be one of the most repugnant people in your trainer’s roster because of your fastidiousness.  Back at the commercial gym I worked at, I remember being amazed hearing some of the complaints that would roll in to management about members of the staff; at times, that included me. Taking hell from a client because you no-showed on a session with no good excuse is a problem that a trainer needs to address for the sake of his career and income. Taking hell from a client because you ran to the bathroom between sessions, and started their workout at 8:02 instead of 8:00 is the perfect storm to be walking on eggshells for the remainder of your relationship – a relationship that many trainers would probably be eager to end.

We coach. We cue. We attempt to keep you safe. We avoid texting, checking our social media, or taking calls. We motivate.  But we also share space with other coaches trying to do the same thing. Plus members. Not to mention, we’re human beings. If we’ve worked with a string of 4, 5, or 8 clients in a row, then chances are if we want to stay “on” – meaning engaged, alert, focused, energized, and capable, we’re going to need to take in a quick snack or shake, or even just take a seat for a minute. We’re all adults, and adults are usually OK at determining motive. In the right context, that stuff shouldn’t be punishable. At the end of the day, the only person who ends up looking less appealing to work with is the client. Not the trainer.

The Client who’s Hung Up on the Ex

There are a lot of trainers I know and respect in the industry, let alone in my city. I’m sure most other coaches would agree when speaking in their case too.  A high number of clients many of us meet have already worked with a coach in the past – specifically if they’re not 21 years old. And as trainers, we applaud that. It’s great that you’ve taken the initiative to get help and understand the principles of proper training.  But every coach is different.

It can be extremely irritating for a well-intended coach when their work is constantly being compared (especially with resistance) to the work the previous coach did. Methods differ, and there are several ways to skin a cat. If you’re not on board with handing the torch over from your old coach to the new one you hired, it will probably spell trouble for the duration of the relationship and cause a strain. It can make things very difficult, and even compromise a trainer’s openness to introducing training methods and ideas they once thought would be helpful.  Personally, that even bothers me if the previous coach was horrible and the client’s comparisons are constantly being made in order to sing my praises!

We already know this is a service industry.  Nobody wants to be a coach to someone on a power trip. When there’s not a mutual respect for one another, nor an understanding that although the client is the one who’s paying, the trainer is the one who leads and directs the session in the name of said respect, things can get messy, and clients can get fired.  I can speak from the most personal experience on this one. It’s extremely off-putting when a client treats you more like you “work for them” than their equal. The academic side of this industry goes out the window when a trainee discounts your expertise or berates you during a session.  If your trainer is nothing more than “the help” to you, then you can count on that trainer to tell you to help yourself to a new coach. It’s only a matter of time.

And I’ll be the first to acknowledge bad business. Commercial gyms can be vile with their business practices. I belonged to one. Sometimes a subpoena is necessary to get what’s rightfully yours if you’ve been taken advantage of, or if you’ve been injured by faulty equipment.  But trying to go after sole proprietors or businesses alike for the most obscure of issues that would probably leave both parties drowning in unnecessary legal fees says more about the type of person you are to work with, than the coach.  Demanding a refund months after beginning to work with a coach who did his job, and then threatening to sue when you realize that option is off the table while deep-diving for legal loopholes in email exchanges is the exact reason long-winded training contracts full of fine print exist in the first place. And yes, it’s a massive hassle.

A Product of your Referrals

You’ll notice that I didn’t include things like being a client who doesn’t listen to cues, or a “motor moron” – someone who can’t coordinate movements. I also didn’t include the client who has their own preconceived notions about training and what methods will yield what results (like getting “bulky” from lifting).  The reason why, is because these things are much more coachable and changeable via the direction of a good trainer who says the right things.  The examples above are not. In those cases, it’s up to the client to put his foot down, and make a point of changing his ways.

It’s also worth noting that clients who refer their colleagues and friends to trainers usually show a trend: their referrals are typically close to the same as they are as far as their client habits and traits are concerned. The same way most clients wouldn’t refer a friend to a trainer who’s always late or no showing, doesn’t give feedback, and constantly texts while working, most trainers wouldn’t be quick to trust a referral from a flaky, inconsistent and unreliable client who’s always looking for a way to get a freebie or refund.

It’s more than possible to develop a bad reputation in the fitness industry – not only as a trainer, but as a client too.  We’re all adults here. It’s easy to discern intention from one professional to another. After making an honest assessment of that, think about the long game of how you’d like a relationship to work with your coach.  If you’d like it to be sustainable, I suggest guarding against falling into any of the 6 categories above.

It’ll sure as hell make us happier to do our job. 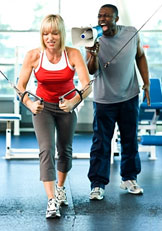