You’re Not A “Hardgainer”. You Just Don’t Like To Listen

Or maybe you don't know how. Either way, that's a problem. 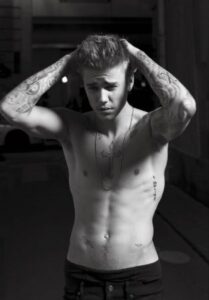 As a trainer, I’ve heard every reason in the book to explain why people’s fitness levels and bodies are the way they are.

Sometimes – scratch that – many times, they’re honest acknowledgements, which makes their approaching a professional as a final outcry more understandable.

But there are still those few times when the truth is clearly too scathing to look in the eye – and as a result, the excuses come rolling in. A lifter’s predilection to blame everything under the sun except the fact that they’re not trying hard enough is usually what makes the difference between someone who gets results in the gym, versus someone who doesn’t.  The most prominent of these blames continues to resurface to me enough to inspire a blog article about it – and that’s being a “hardgainer”.

Two things: First of all, you don’t have to close this article; it isn’t going to be a “no excuses” motivation piece that coerces its readers to disregard their families, friends, injuries and medical conditions in search of “one more rep”. I hate those pieces.  Second, to some degree, hardgainers do exist. Everybody’s biology and physiology isn’t 100% identical, and building muscle and strength isn’t quite a simple task across the board.

To some extent, being a hardgainer is a thing. But there’s plenty of myth that surrounds its existence – especially when it comes to the steps that hardgainers have to take to get out of Skinnyville. From what I’ve seen, it’s almost like many fitness pundits and hardgainers alike dually enjoy the idea that having trouble building muscle and gaining weight is a battle that’s 3 levels beyond “uphill”, with every card in the deck slotted against them.  In their eyes, the only way to escape this dystopia is for the most credentialed professional to develop a super-formula that transcends all others.

An elixir of supplements coupled with a workout plan that not even the most elite pro athletes, powerlifters or fitness competitors can go head to head against in abstrusity is then recommended to a still novice client who’s simply in search of adding 15 or 20 pounds.

It’s a dystopia that, if he gets get caught up, a hardgainer may feel he’ll never leave – at least not without applying the above.

Funny How the World Works

The Shake Weight, AbTronic, Tracy Anderson Method, and Hip Hop Abs are all demonstrations of exercises that basically use the “fun” gimmick to give unwitting novices the false idea that training for results doesn’t include hard work. And the masses buy in.

Alternatively, the overscienced, sometimes portentous jargon that leaves the mouths of coaches in their attempt to win the stick-swinging contest is often viewed as Holy Grail to novices who think there’s more to the puzzle than following the basics, but actually doing so properly.  In my opinion, to a certain extent we’re just examining two different forms of the same deceit.

It goes back to the thing I’ve said in dozens of blog articles, interviews and (ironically) shows.  Popular culture and mainstream media generally doesn’t want to popularize anything that’s not “hot”, “new” or “trending”. The tepid advice to perform compound movements or work on improving strength through foundational barbell training won’t crank ratings up, or put dollars in the pockets of producers and hosts.

Supplement companies are in business largely because a number of their endorsers are free to do whatever they want to prepare for their shows and competitions, as long as they swear by those very supplements when on camera. In truth, they’re not doing much out of the ordinary to get the results they’re looking for. If supplements were really as solely responsible for physical gains as their manufacturers tend to claim they are, the world would be jacked, and I would join the growing number of supplement proselytes in support.

Your Problem is This

So you’re a hardgainer. So what?

At the end of the day, it can be summed up by just taking a different perspective. Elite level athletes who are looking to qualify for the Olympics usually make a simple modification when they’re seeking greater results: They train more.

If you want to look like an athlete, the sad truth is, you’ll have to train more, and keep it consistent. Granted, a 40 hour work week and a social life may hinder the endeavor to mirror 20 weekly hours of training that an Olympic athlete will carry out – but it doesn’t excuse the fact that you’re probably not training enough.  The other thing this does for the Olympian is help develop the skills needed for the given event he’s preparing for. Applying this to the weight room is more direct than you think: it’s easy to start hammering away at muscle tissue with heavy weight training and hard workouts, without properly teaching it how to fire efficiently. It’s hard to build muscle if you haven’t taught it to work for you. Improving the quality of your tissue and making sure everything generally “works” is probably a good place to start. Next comes practice through repetition. That means getting in the gym and training hard and smart. And guess what – doing so doesn’t take the Himalayan Inverse Periodization protocol to accomplish. Keep it simple.

Stop Lying about your Diet

Skinny guys’ predilection for supplements over basic dietary changes is almost as imbalanced in thinking as their claim that they “eat so much”. 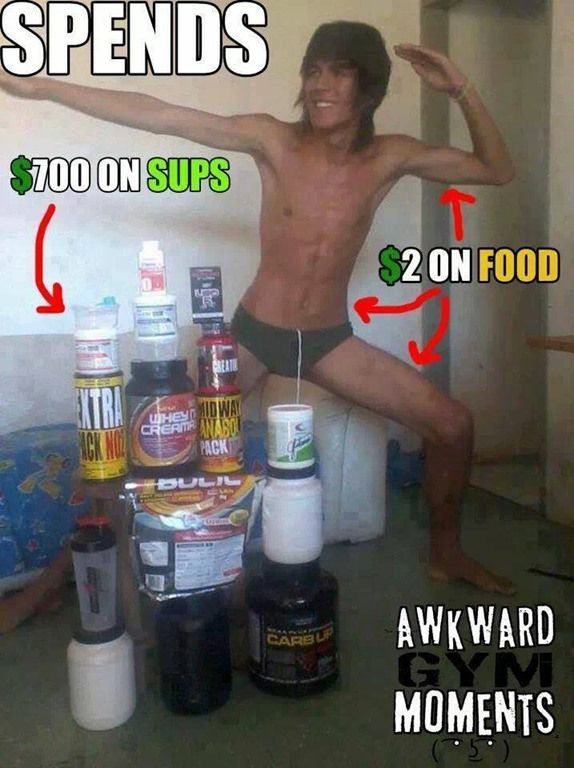 All things equal, it’s often not comfortable to fairly drastically increase your caloric intake, and an extra cinnabon at the end of the day doesn’t count. You can probably expect to lose your razor-sharp abs during a good bulk phase (at least to a degree), and for your metabolic rate to slow. As it regards your particular training goals, that’s actually a pretty good thing.

I’ve found the hardest part for a hardgainer to do is actually comprised of two things: 1) admitting he’s not eating enough, and 2) actually eating enough.  Once these issues are conquered, gains occur.

I said it above – sure, there are people who can look at weights and start adding size. But it’s time to ditch the thinking that you’re genetically predisposed to never building any muscle. That’s foolish. If you want to do it, start by reassessing your training frequency, your training consistency, and your diet. It’s that simple. And you’re sure to find loopholes.

1100 words dedicated to you, skinny folk, and not a single hackneyed quote from Ronnie Coleman.