I’m Not Qualified To Be A Trainer

And you probably aren't, either. 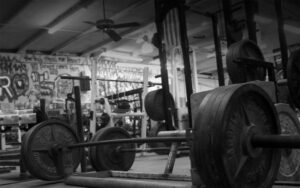 Fairly often, I receive emails from readers to give me direct feedback on my work. The topics could range from specific programming queries as outlined in an article, to disagreements they may have with a piece of training theory.  Sometimes, however, I get messages from readers who have a few select words for me.  Most of the time, I tune them out. I don’t know exactly what occurred in their life circumstances that made them feel the need to vent their frustrations with me, and I doubt I’ll ever learn.  Needless to say, a message I received a couple of weeks ago proved difficult to categorize, and was the sender’s (seemingly final) attempt at honest feedback.  Here’s what it said:

I happen to come back to your blog after many years and noticed you wrote a recent blog post about how bad the fitness industry is and having basically crappy information and training out there.

But, here is my problem with you and many others, your BIO first states you are a WRITER first, then a strength coach.

If you want to change the fitness industry, then we do this by being that FIRST and if one is a COACH, TRAINER, etc… then that should be what you convey to anyone coming to your site.

The magazines in health and fitness all have the same folks trying to get articles publish you to basically do &”FITNESS MARKETING”; or SELF PROMOTION.

I recently read somewhere from a well know strength coach in the NFL that said, too many guys are trying to get noticed, get a book deal, articles, a blog, when they should be putting more time in their craft, so people come and find you and you don’t have to go and apply for a position with a gym, team, etc…

You become the BEST and folks will search you out and that is how we change this industry.

1. Get a MS in Exercise Science or higher

2. Have at least 1,000hrs of internship and shadowing, just like physical therapists and athletic trainers have to have in order to go to the school.

3. Before taking the CSCS or CPT, one should have a minimum BS degree and say 500hrs of internship or mentoring.

4. Be State or Nationally Board Certified, just like MD’s, DC’s, etc… and many other health professionals need to be board certified.

5. I believe if we all do 1 thru 4 as fitness professionals, we will better our industry and if we can get our industry REGULATED, either in your country of Candada or USA, then we will make it better.

The reason I found this message particularly worth my attention (aside from his peculiar Latin-sounding misspelling of “Canada”), was because it raises what I view to be an even more important issue in the world of fitness training.  Of course, I’m sure the cantankerous Tom will probably think that this article in itself is one more of my ever so flailing pleas for attention, “fitness marketing”, or “self-promotion”, as he mentioned. But alas…

First, let’s look at it from the angle of the industry as a whole. To me, this message demonstrates the fundamental issue that the industry doesn’t seem to solve: Regulation.

The facts are the facts. You technically can become a certified trainer in not much more than a couple of weekends, depending on the route you choose to do it. Because I suspect people on the very top of certification boards have more of a business and possibly legal background, it’s hard to see the carryover into direct quality of information needed, which may include length of study time, and practical application. Plus, those certification bodies need to make money.

It’s kind of like condominium architects who make sure to include gyms in their new buildings, but pay no regard for what tenants actually need to be (and should be) using when in it. The net result is usually a couple of treadmills, dumbbells no heavier than 25 pounds, and a mat in the storage room.  What more can you expect when in charge are people whose focal point is elsewhere?

Let’s take things from the top.

Tom already made me screw my face up by way of his opening sentence, where he mentions that he’s returned to my blog after many years – and then proceeding to list the problems he has with me and other writers.  It’s hard to understand how one could have his opinions shaded in one colour or another towards my work if he’s been removed from my blog articles for an extended period of time (especially since this blog has only been active since early 2011). My published articles for the overwhelming majority don’t contain much more than training content – much less editorial pieces like the ones on my blog, so they’d be of no help in this department.  Nevertheless, he must know what he’s talking about.

My blog article entitled “Why Fitness is a Dying Industry” (Found here) seems to have rubbed Tom the wrong way, likely cascading an air of negativity, cynicism and pessimism as my outlook towards the industry that I (and maybe Tom?) have chosen to be a part of.  What Tom didn’t include was the rest of it. The entire section devoted towards overturning the popular culture machine. The part about taking matters into one’s own hands and becoming educated on training methods using the same mediums though less frequented (like the internet).  The rest of the article title that doesn’t stop at simply “Why Fitness is a Dying Industry”, but rather adds “And what you can do to save it”.

See, when people either extract the elements of someone else’s work that they have problems with, or flat out stop reading before the piece is finished, it usually comes along with comments based around unsubstantiated opinions and insufficient information.  Adding that to the fact that the piece in question is likely the only piece of mine you’ve read for years, I don’t have much else I can say.

Tom also raised another point that’s definitely worth mention with regards to listing myself as a writer first.  If there are rules of listing your simultaneous occupations in order of when you started practicing them, then I’m indeed a lawbreaker. However, I definitely don’t agree that I should be listing myself any differently than I currently do. If I was a strength coach, writer, firefighter, and counselor, I would believe that I’m making that information public because I take each of those jobs just as seriously as the others. If I didn’t, I wouldn’t list it publicly.  To me, being a writer and strength coach is no different than being a strength coach and writer – because both of those are things I do (The irony is that I actually started training much earlier than writing – as is the case with most respected fitness writers).  I would hope the people who follow me on my blog would come to a similar conclusion.

Changing my profession order in my bio section of my articles won’t change the industry. Good content in said articles will. Sorry Tom.

The people Tom refers to as self-promoting, and looking to write just for exposure can be spotted a mile away by an educated coach. They are the same people who I referenced in the first section of the article that he hated so much (Tom, did I just blow your mind?).

For the record, in all honesty, I’m the absolute worst at self-promotion. Ask anyone else in the industry who is close to me and they’ll quickly agree. I don’t have an Instagram account, I blog terribly infrequently, and I don’t have SEO set up for my site to be top hit. My facebook is a typical timeline and I have nobody to help me with my PR. I’m a guy who likes to train people, train himself, and who writes stuff for fitness magazines.

At the beginning of my career, I did the ‘working for a gym’ thing. And it was for a commercial box chain for added measure.  I’ve written hundreds of articles since I started writing 5 years ago, and haven’t slowed in terms of my client consistency. And I haven’t had to rely on employment by commercial gyms for me to pay my way. I’ve also been fortunate enough to have good success in my own personal business as a strength coach and have been completely unattached to any companies for nearly 3 years. That’s something most 27 year olds in this industry likely strive for (at least in my neck of the woods), and something most don’t achieve until later on, if at all. Some work for those box gyms for their entire career.  I don’t think their choice to share their knowledge publicly affects that outcome. Their work ethic does, and so do their personal choices and convictions.

But Tom and I agree on one thing. The industry is unregulated.

Having established that there’s indeed not enough regulation, it’s next to impossible to speculate ways in which we can establish more of it.  The independent certification industry would lose millions upon millions of dollars from an entire age group if people were constrained to holding a minimum of a master’s degree in Exercise science, 1000 hours of internship (I’d assume you mean in gyms and performance centres), after having completed a bachelor’s degree along with 500 prior hours of specific internship, and a CSCS certification.  That’s not a sacrifice I suspect they are willing to make.

I personally don’t think I’m doing that much of a disservice to this industry although having absolutely NONE of the prerequisites Tom has listed above.  But by his standards, it appears as though anyone who hasn’t accomplished all of this would be unqualified and not fit to make the industry “better”.  And believe me – I’m all for internship, practicum, and specific in-class knowledge.  But I don’t see what attaining your PhD in exercise science versus just a bachelor’s degree or even a few college courses at a few months each, would make you do differently for a novice who doesn’t know how to squat deep, or an office jockey who wants to lose 10 pounds.

I can’t control the actions of stupid people. That’s not a shot at Tom, it’s a testament to the fact that people are free to decide what information they want to listen to, and how they want to apply it.  As I said many times, good information in the fitness world is as readily accessible as bad information. The only difference is the size of the platform upon which each is displayed.   It doesn’t take a million PhD’s to make fitness a better service industry.  It takes the combination of many smaller voices (including my own small voice) to continue to spread good quality information. That’s the truth.

And hey Tom, thanks for returning to my blog.