Inspiration Culture has Perverted Fitness, and it’s Messing with your Mind.

Anyone can become an "influencer", but every influence ain't positive.

The climate of one-upmanship and strength-in-numbers has dominated social media, and if you’re smart, you probably see it too.

For me, it took one addition – an Instagram account created about 8 weeks ago – to see just how crazy it’s gotten online, and ultimately strengthen my resolve to avoid resorting to the same methods for viewership and readership.

There’s an interesting juxtaposition lying beneath all of this, however.  Speak to any trainer or fitness professional about the existing layers of problems in fitness, fitness education, mental health, bodybuilding, powerlifting, body positivity, workout goals, competition, sport, professionalism, running, nutrition, supplementation, or anything else riddled with dysfunction under the health umbrella, and usually (surprisingly) the response is almost unanimously in agreement with the fact that such issues do indeed exist and require change.

The response would also imply that none of the people asked feel that they are in any way a part of the problem.

Since no one comes forward, and very few call this out, social media for many a fitness professional becomes little more than a flesh-collage that is in some twisted way linked to empowerment and self respect, while usually short on actual fitness advice.

Whatever our goals in life, we’re forever going to be inspired by the people who did the best at whatever the thing is we’re trying to be great at. That could be a businessperson, a sports athlete, an actor, or a public fitness figure. It’s just important that we apply some critical thinking so we don’t miss the point.

In the case of all of the above, one common  thread to be found is that of sacrifice; it is certainly involved to get to where they are – and we don’t see what happens behind the scenes.

Truthfully, if we did, we probably wouldn’t like it.

The business person likely put his family aside in favor of his pursuits, and subscribed to a lifestyle of high stress, and low sleep. The athlete pummeled his body in the name of the sport he plays. And the fitness star may have let personal branding, image, and an on-screen character and reputation overshadow substantive fitness advice that could have helped him, let alone every one of his fans.

This is the Kardashian Effect in full swing. Being wildly popular for flimsy reasons ultimately turns the spotlight to the viewers, who are actively doing their share in helping keep such profiles alive and relevant thanks to their views, subscriptions, likes and shares – despite nothing of substance ever coming from said profiles. Is the professional smart to leverage? Or is the viewer just silly to succumb to it?

I can’t answer those questions, but I certainly can ask another one:  When it comes to working out, what is it that inspires you, and why?

We’d be smart to remember that today, it’s no longer a novelty to be well-known or popular; not with social media in every form working at full force.  In fitness, advertising your business in your underwear doesn’t make you a better trainer. Neither does getting a big following on social media. Sadly, it seems one begets the other.

Choosing a polarizing stance towards areas like the exercise goals you pursue or the training methods you endorse will only create a following of like-minded people, and a climate as contentious and opinionated as those of politics or religion. 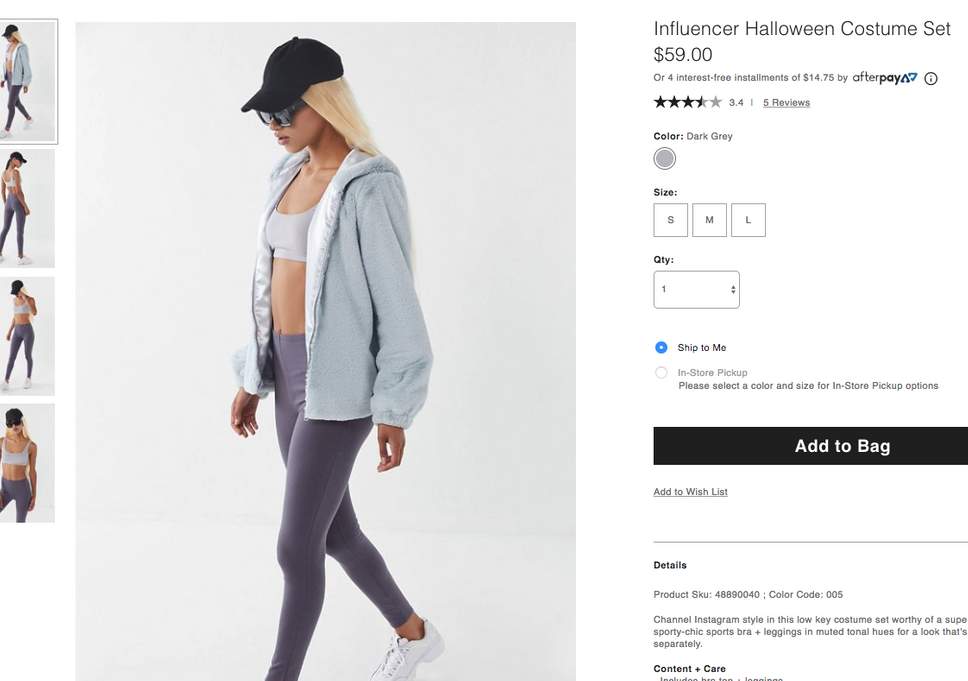 A modicum of critical thinking needs to be applied before we decide who we “follow”, and what the long term effects of doing so could be.  Is the fitness personality spouting endless life advice on his or her wall really staying in his or her lane?  Is the expert who writes off basic, innocent physique goals as ‘body insecurity’, going to jive with a healthy, fitness-inclined lifestyle?

On the other side of the coin, are the go-hard-or-go-home proselytes who eat, sleep and breathe this stuff really people we should be shaping our long-term fitness journeys after? These are questions each of us should answer ourselves.

A couple of years ago, I wrote an article that brought some of this to light.  We tend to conveniently excuse the work ethic of a battered and bruised champ who had one thing on their mind. We write it off as motivation to do the same, without exploring its probable roots of clinical obsession.  In several cases, I’ve seen this manifest itself in the form of substance abuse, trips to the emergency room, hospitalization, or even death.

The Blind Leading the Blind?

If you were out for dinner with someone who reassured you that they weren’t crazy every five minutes. chances are, you’d probably begin to think they were a little crazy.

I know that phrasing isn’t too politically correct (to go along with another 700 instances scattered in my archives I’m sure), but the point remains. The only thing that we’ll eventually adopt by dismissing cries for help or behavior that may raise an eyebrow as “inspiring”, is a similar mindset.

Instead of gauging someone’s fitness expertise by the glossy, high-resolution images they post to say their life is so amazing, or by the reinforcement they place on you to hold virtually no accountability for your health and fitness so long as you can convince yourself that you’re happy, or by the level of nudity they display on their public profiles to inversely complement a self-respect rhetoric, gauge it instead on quality content that can service you for the long haul.

Being able to do this when you’re 85 should be the name of the game, and Living by a “walk in, crawl out” gym mantra won’t quite get you there. I’m doubtful any of the other stuff will, either.

The problem is, when people identify through fitness (or through the recalcitrant character they choose to become under its umbrella) it can become tricky when stuff gets compromised and things get real. When you’ve been promoting the YOLO mentality that involves going hard or going home, or think you’ve figured life out because you’ve PR’d in your deadlift and tightened up your nutrition, it can become painful to watch if there ever comes a time when one of the vital elements of who you identify as, is no longer there.

If you’ve built a brand around that particular persona, it’s that much harder.  It’s like a sports athlete who’s only useful in the absence of a career-ending injury.

The funny part is, our career is supposed to be one that sustains and prolongs the human life span – not one that shortens it. Yet time and again I see examples of prime personalities in the fitness industry abusing their bodies; be it through training methods, dietary habits, supplementation, or obsessive mental behavior – along with scores of recreational trainees ready to follow suit.

It’s plain and simple. If we’re looking to take up fitness as a healthy lifestyle, there’s a good chance we may end up becoming exposed to the wrong role models if we’re not careful.  Anyone can become an ‘influencer’, but every influence ain’t positive.  There have been plenty of examples I can personally relate of people who started out with healthy goals and good intentions, and ended up sliding down a slippery slope of imbalanced thinking, insecurity, and an overall lack of perspective that certainly transcended “fitness”.

It starts with answering that important question I asked earlier.

Taking the time to figure out what inspires you to hit the gym can help you decide what can help your path to better health, and what could potentially hurt it – even if it may not be quite as clear at the outset.

And hey, I’m not saying that we can’t be motivated or inspired by a guy or girl lifting a ton of weight. Nor by someone with a hell of a physique to show for all of their efforts in the weight room. Nor by a top tier athlete doing what he or she does best. Or even a clip or quote of someone preaching the gospel of self-love.  We all need to have those workouts that feel like we’re not gonna make it out of the gym alive, we all need to give our nutrition a kick in the pants, and we all need to feel confident in our own skin. But there’s a difference between seeing and experiencing these things once in a while, and seeing and experiencing them every single day.

And when that culture invades your social media news feed like clockwork, and is the typical subject of banter among your friends and you, you can rest assured that you’re playing your part to repeat a very vicious cycle of each of those sad stories mentioned above.

And if you don’t change your ways, you can bet your bottom dollar that’ll be the outcome.

It’s only a matter of time.