Before you choose a side, get properly informed. I'll help.

I’ve spoken at length on the rampant extremism that exists within the fitness community. People take polarizing approaches suited to their personal preferences, and even apply that approach to their lives by making it their identity.

Worse yet, if they’re fitness professionals who get paid to coach people for a living, they apply such one-track-mindedness to their clientele, who may end up becoming the same way themselves.

I think back on the way I handled myself in these matters when I was a younger trainer, and cringe at some of the exclusionary mindsets I’d take on as a 21 year old who was convinced he was in the know. If there’s one silver lining I can pull from this all, it’s the fact that I seem to have grown out of it.

Sadly it seems like that maturation is more than many a trainer can speak for when it comes to topics in the strength and conditioning world that are supposed to promote health, fitness, and good performance… at least based on what I’ve seen.

I get it – as a coach, you should follow the rule of thumb of sticking to what you know. But that shouldn’t mean all of your trainees become little disciples of your sport specific training background by default. If that’s ‘what you know’, then it’s time to learn more. It’ll help your perspective, and help you understand different viewpoints in exercise and fitness.

I think one of the most hotly debated acts of fitness in existence has got to be running. And for good reason, I’m sure.

On the left side of the pendulum, there are the folks who swear by it – the endorphin-gushing purists who believe it’s the answer to everything. The in-the-closet obsessive compulsives, who need to hit their daily mileage for no good reason other than to personally justify their existence – and, of course, to tell people how much they run.  On the right side of the pendulum come many members of the strength and conditioning crowd, who detest running and avoid it like it’s the plague. They write it off as the stupidest thing you can do to your body. They believe it’s horrible for your joints, and that it causes a 50% decrease in muscle mass the second you break into pace to catch your morning train or bus.

Hyperbole aside, the unfortunate truth is that the majority of articles you’ll find on the internet pertinent to the subject of running for cardio, fitness and exercise are usually written by a member of one of the above camps of thought, leaving very little to be considered for the middle-of-the-road crowd who just want effective methods of exercise, a long life span, and a decent physique to boot.

The Universal Solvent of Exercise

Running is the easiest, most accessible, cheapest, and most mindless form of exercise that’s ever existed – and that’s exactly the reason it’s so popular and so surrounded by debate. Let’s face it: The first person you stop on the street will probably answer “go for a jog”, when you ask them about ways to get in shape and improve fitness.  Like I said, depending on what camp you’ve been exposed to, you may either believe the people who say that running is the answer, or the people who say that running is the problem.

And They’re Both Wrong

I’m going to do my very best to take a neutralist approach towards this article.  I pride myself in being a generalist personal trainer who weighs the pros and cons of every method for general health and fitness.  Many goals do come at the expense of others, and there’s an undeniable give-and-take with all things where training is concerned.

In many articles, I’ve mentioned that the strength and conditioning community has failed to properly represent an element of training that exists in its very title: conditioning.  Because of this, it’s allowed many trainers to drop the ball and overlook the fact that beyond a certain point, the return that consistent, heavy strength training provides could be minimal when compared to the risk or collateral damage it can place on the body.

When it comes to running, my personal opinion is simple: given you’re an everyday trainee, it’s not right to cast running off and vilify it as an evil that shouldn’t be practiced, nor is it right to call it the key to health and fitness. Here are a few reasons why.

Most People Suck at it. That probably Includes You.

Because running is the easiest thing to get up and do, requires no money, no equipment, no gym membership, and not much of anything else, people somehow think they’ve got it down pat.  The truth is, thanks to years of muscle imbalances, not treating your body the right way, old injuries, and general wear and tear from bad habits, it just makes it that much more important to have a solid understanding of just how to do it.

Just like deadlifting, squatting, shooting a basketball, throwing punches, and swinging a golf club all take practice and benefit from great, formal coaching, the same goes for running. If you’ve never gotten help to learn how, then there’s a 95% chance you’re not a natural at this… Especially if you’re already a grown adult. That’s one reason why running can be a movement that potentiates injury to those who aren’t careful – the same way doing sets with terrible form even using light weight can be injurious to a trainee in the weight room. Get help.

Weight room sports aside, one sobering truth is this: All athletes run. It’s an activity that just promotes athleticism, when it’s done well. If you think of most major sports, you can guarantee that running is either a part of their competitive discipline, or at least included in their training program. That’s not to say that being a sports athlete represents the pinnacle of health, but being able to run and run well is undoubtedly a key component of being a truly athletic individual. Even CrossFit includes it in their contests in search of the “fittest person on earth” – likely because they feel the same way. There’s nothing in the weight room that can substitute running in terms of athleticism, and the only people who will dispute this are people who don’t do it, and have decidedly taken a stance. 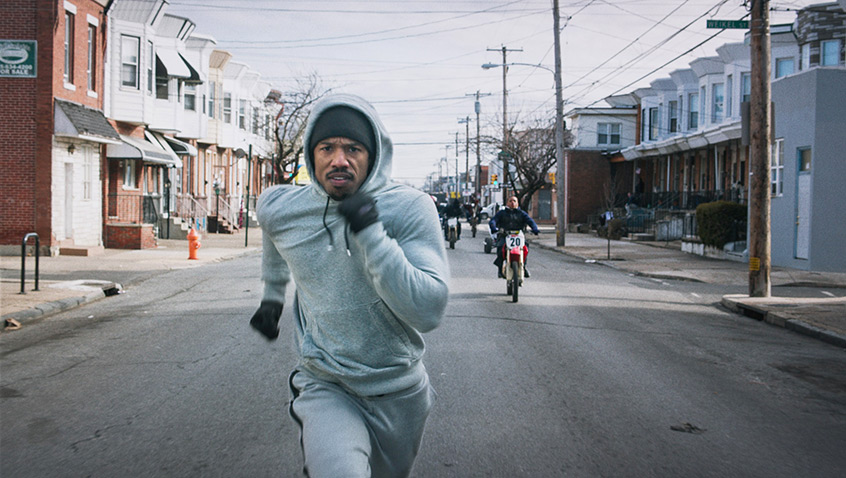 This subheading sounds like a contradiction to what I’ve written above. In addition to reinforcing the fact that I’m delivering a middle-of-the-road analysis on the subject, it’s important to know that everything I’ve written actually leads to a much bigger point that I’m trying to make, which can be summed up in one simple directive:

My stance is simple: There’s no such thing as a bad exercise. Bodies were made to move, and nothing’s off the table or contraindicated. Exercises aren’t what should be contraindicated – people are.  If you don’t have the right foundation for something, you’re probably going to be met with a rude awakening.  Running is only an injurious activity if you’re not fit for it first. And in my professional opinion, the sad reality is, most people aren’t.

But that doesn’t mean they can’t change that. It’s just a matter of adding the right protocols into the mix so that running can actually contribute to your athleticism, rather than take away from it and put you in more chronic pain.

The main thing the body relies on for basically anything is strength. Strong, balanced muscles create stable joints, and the literal only way to achieve this is through a program of resistance training. Not running. Not yoga. Not Zumba. Not spinning.  If you’re not applying forces against challenging resistances, you’re doing little to nothing to become stronger. Period. 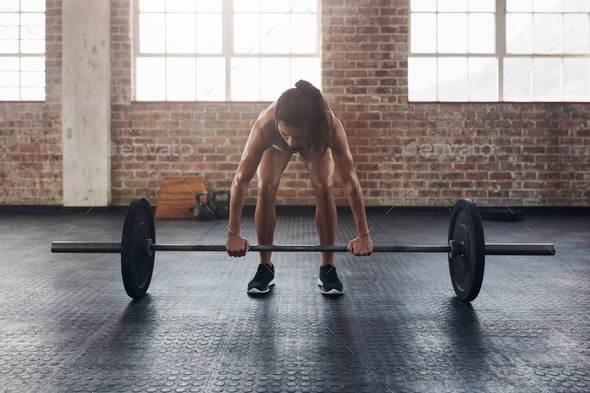 Moreover, if you’re not strong, you’re at greater risk for having cranky knees, hips, and ankles, and poor posture and back pain all thanks to your daily mileage and its repetitive impact it places on the regions mentioned above.  Add that to poor running technique and we have a recipe for disaster.

All of this means a couple of things: First, your training program should probably take up more days per week than your runs do, given your goal is to increase strength, solve any pain problems or imbalances, and run injury-free.  Second, to weather the storm, it would be smart to limit your runs in terms of duration. A 60 minute jog probably isn’t doing you any favours.

One more thing: If you’re a tight, inflexible, immobile person, running shouldn’t be your go-to – at least not yet. Muscles don’t have the chance to help joints if they’re both tight and weak. In my career, I’ve never met a runner who suffers from plantar fasciitis, patellar tendinitis, calcaneal bursitis, or any other chronic ailment who isn’t also generally tight, immobile and weak to boot. Just being real.

In the recent past, I went on TV to talk running on a national morning show. It basically sums up what I’m saying in this subheading in a pretty understandable way.

Take Note, Beefcakes: It Won’t Kill all your Gains, Unless you Train and Eat like a Half-Wit.

People in the strength community who would rather play in traffic and risk the worst before going out for a jog are often worried that cardio of that nature will start to diminish the hard-earned muscle they’ve developed over the years.  I’ll keep this short and sweet – it depends on two things: The quantity of your cardio, and your diet.  If you’re running an hour per day, lifting way less, and hardly eating to support any of it, guess what? You’re probably going to deflate. I’m not going to get into the science here. Just know that hitting the track or park for a half hour a couple times per week won’t be the end of your muscle –  unless you let it. 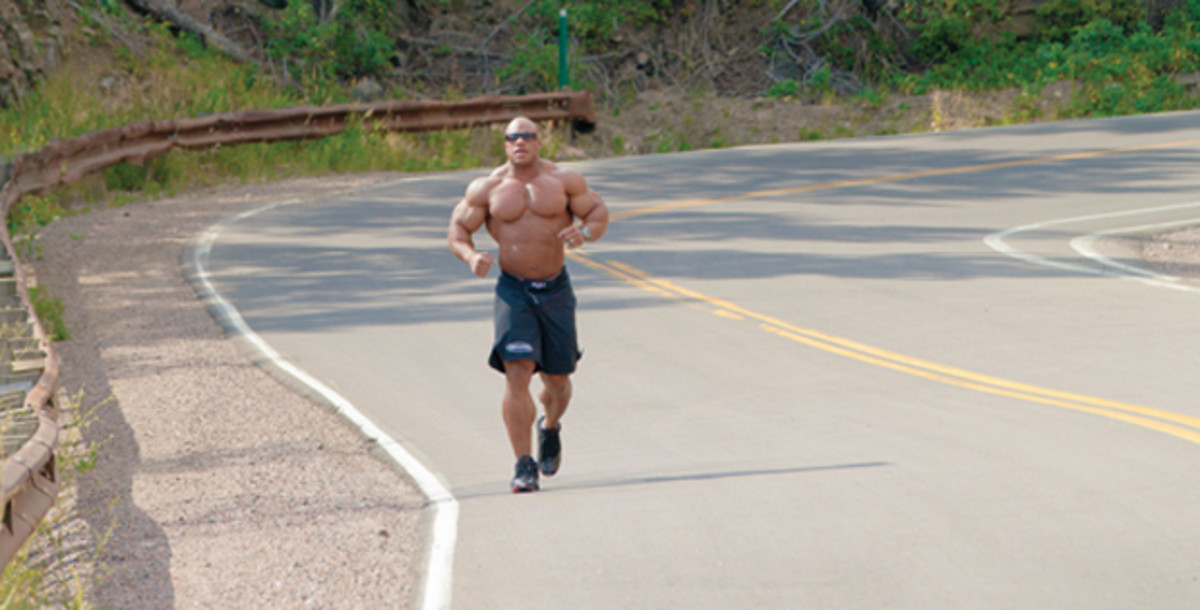 Before you ask, let me confirm it: I was a sprinter in university.  And I’m going to put all of that aside to eliminate bias when I make my points. 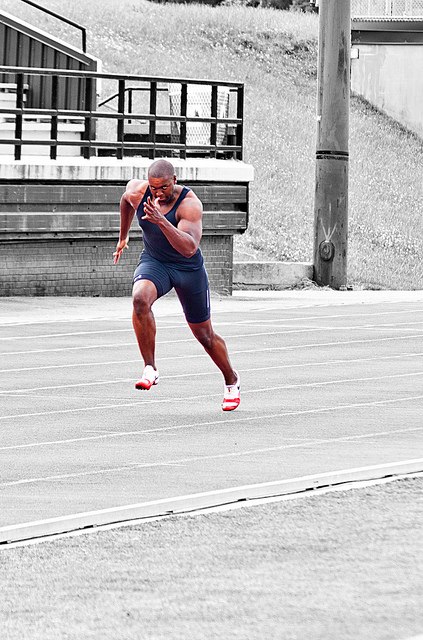 Sprinting is harder to learn, but safer for the body, in a relative sense.  I insist that people interested in using it for conditioning, cardio, and training seek out formal assistance form a sprint-trained coach. Sprinting provides many benefits, some of which I’ll list here:

If you haven’t gotten the idea by now, here it is: Running isn’t evil – it’s only bad if your body can’t handle it. If you can personally relate to stuff I wrote up to this point, then that’s likely you. In my books, running is actually something you should aspire to be proficient at, just like most other feats of athleticism and fitness in the world of exercise. It can produce unique benefits for your health and wellness. With that said, doing things in proper balance while keeping a mind toward your goals is the way to approach this. And I’d be remiss not to mention that there are many cases where incorporating running won’t facilitate specific goals, depending on what they are. It’s up to you to determine where you stand on things, and what you plan to do about it.

Doing that will probably make you recognize that there’s actually a whole lot of good that can come from sitting on the fence.