The Demise Of Our Generation

We're doomed. And I'm tweeting this. 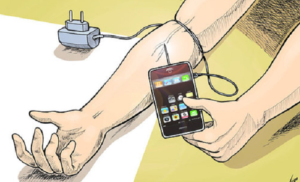 Kids born in the year 2000 will be able to go for their driver’s licenses next year. I thought I was young. Now I’m just some guy.

The world is hurtling forward at light speed, along with its technological advances, and progressivist attitudes.  With all of that come breakthroughs that most of us probably didn’t see coming. “Smartphones” that can predict what you’re trying to say, equipped with high definition video cameras? Social media outlets that allow you to keep in touch with people across the world, or reconnect with people you haven’t said a word to in the last 15 years? Mere balderdash to the classic 20th century 50-somethings.

But we’re here, and it’s pretty impressive. I mean, aside from the fact that it’s going to simultaneously ruin natural humanity.

Take social media for example. There are so many forms of it that I’ve lost track. It’s revolutionized the act of touching base with someone to connect or reconnect, but it’s killed people skills, and natural human behavior. Facebook (one of two social media tools that I have and use) comprises mainly of posting pictures and/or videos on your wall for your friends to see.  Most folks I’ve seen on facebook don’t often document “bad times”, their down moments, periods of depression or unhealthy anxiety, dark phases or a daily struggle. Facebook is largely about posting your “highs”, whether it’s an African safari, skydiving, or even a nice night out for dinner. When everyone around you is basically showing the world that their lives are unfailingly so good, it can get pretty easy to become caught up.  The rare time someone does make a post that’s on a bad note, it’s to have others electronically commiserate with them.  Instant side effect.

The idea of having hundreds, or even thousands of “friends” who are all privy to the information you decide to share is probably one of the major things that makes social media such a dangerous tool. Firstly, because it puts you in the driver’s seat. You have to make the decision as to what you post and what you don’t. The sad truth is, you can’t see the people you’re speaking to, which makes for a more comfortable atmosphere to say whatever you want while hiding safe behind your monitor.  For the overconfident, it encourages speaking out of turn (more on that later). For the insecure, it makes your emotions, mood, and behaviour going forward become attached to how many “likes” your posts and updates get. I’m not about to label each person reading this article as to what category they fall under. But I’m sure I can safely say you and I know there are more than a few who fall under each one.

This stuff presents a form of communication breakdown in the sense that many have become enslaved to the responses of a virtual audience. Communication skills already needed honing before the invention of the cell phone. Now people have an excuse not to work on them at all. They begin, maintain, and even end full-fledged relationships of all forms via text message. It’s bizarre when you think about it.  Hit them with a real face to face confrontation, and they won’t know what to do. The kicker is that there would probably be 3 or 4 passersby recording the event on their smartphones to post on YouTube later for some progressivist domestic impropriety crap. 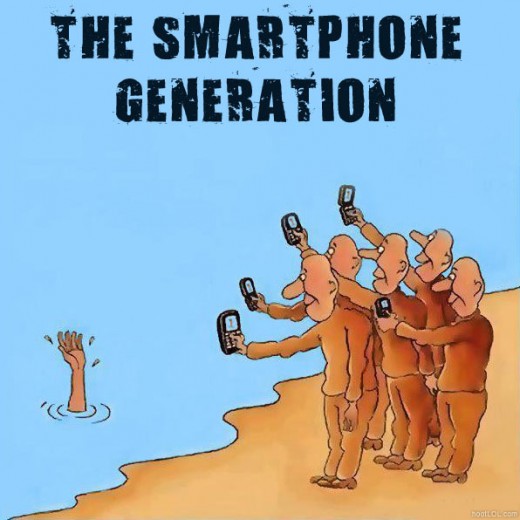 Communication skills don’t only stop at not being able to properly communicate face to face, however.  It behooves someone to think about what they post, and why they’re really posting it. That’s the case whether it’s a simple status update or photo on facebook, a comment on a post, or a blog article like this one. Again, the virtual world has become something of a safe haven for making the most opinionated, trolling, and callous of statements with no etiquette towards the thoughts or feelings of others. We all know that topics like parenting, religion and race are all touchy issues that require tact when addressing, yet there’s always that “friend” who posts a dastardly statement on any of the above topics for the sake of starting a heated e-argument.  This questionable decision of stirring the pot for attention brings me into my next subheading.

I’m a trainer existing in one of the commercial capitals of the world. That’s probably one reason why there are probably 100,000 trainers in this city, and 90,000 of them have “competed”.  I’m not saying competing is bad – just hear me out.

In a previous blog article, I suggested that sometimes the motivation for doing a fitness show may not be a product of the greatest mindset, especially when considering the nature of the contest.  What may serve as motivation for some could actually create greater levels of insecurity or diminished self – worth for others. What happens when a person with body image issues “transforms” himself into a fitness competitor, only to lose on repeat occasions? It may not affect many people, but I guarantee it affects some.  The “motivational” images (like the one below) that overwhelm the internet promoting dangerous training habits and mentalities pervert the actual idea of training for those who don’t know any better than to take what they see for face value. Images of absolutely ripped quadriplegics and jacked octo-moms footed with the trite caption “what’s your excuse?” probably do more to discourage an average viewer from hitting the iron rather than encourage them.

The Mobius strip finally completes itself when you view facebook or Instagram profiles that are littered with selfies, arbitrary photos of food, and quotes from celebrities or other ‘influential people’ whose personal morals, problems, values and shortcomings seem to be conveniently forgotten about when reading what inspirational ‘words of wisdom’ they have to contribute to society.  Would all these things still be up on one’s profile if it wasn’t possible to hit the “like” button, or if comments of positive reinforcement were disabled?  Maybe not. Maybe that’s not the point of social media.

Something wrapped up in the shroud of vanity, confidence, and innocent fun can (in many cases) have its layers peeled back to be exposed for what it is – a bastion to preserve feelings of self-esteem, relevance, belonging, and a virtual reality that’s usually only happy.

And I can’t help but think the more racy the post, the more desperate the attempt for such validation. I’m not talking about professional photos of fitness models anymore. I’m talking scantily clad bathroom selfies, toilet and all in background.  Even some “progress pics” that hardly have to do with progress at all – and have more to do with how many “you’re hot” comments accompany them.  This is the internet. You’re posting yourself for the intrawebs to see. Some may say they don’t care, but I think it reflects self-respect.

That’s why I try to stay out of the mix.

Well, as much as a strength coach with something of a public profile could, anyway. I tend to only post training related things on my facebook because, well, I’m a trainer. Often times I’m asked why I don’t share more about my life and its personal details on my social media. My answer is becauseyou really don’t care. And honestly, I’m glad you don’t. I wouldn’t either.

It sounds harsh, but think about it. If you really wanted to know about my economic status, whereabouts, meals at any given moment, sexual orientation, relationship status, relationshipdetails, or family issues, you’d probably ask me directly. If you really wanted to know.  Too many things are being deemed “facebook official”, and become subject matter for problems if they’re not posted or spoken of.

Maybe I’m getting in over my head with all of this.

I mean, though I only keep training stuff on my profile, I do post my own lifting videos where I start popping at the end of any PR I hit. Narcissistic?

And then come the crowd who capitalize on exactly what social media victims fall prey to on a daily basis. The experts who spend so much time in a virtual world that they must even virtually train and be virtually jacked too.  There’s gotta be a reason I still haven’t come across a troll who weighs over 200 pounds. These are the ones who get more out of tearing down others with their book-smart knowledge rather than bringing up the industry by practicing what they preach and spreading good info. The ones who “coach” your form on your lifting pictures and videos, though you didn’t ask to be coached. The ones who seem to know all about your body, what works for it, and what challenges it’s encountered, and how to fix them.  It’s funny, because when you ask these people to post their own lifting videos to show us how it’s done, it never happens.

If you’ve read my rant to this point, you’re probably wondering what the purpose is. The truth is, I don’t have one. I have no “solution” that will cure the state of this generation and its disconnection from proper human interaction. As long as social media exists, chances are things will only spiral downwards. But if you’ve read this, maybe you can be more cognizant in avoiding falling into its traps.  If not, at least you’ll be able to identify those who already have.

But don’t unfriend them. That’s like, worse than dissing their mom.