The Pendulum has Swung Too Far, and Now Healthy Fitness is Missing the Point. I’m Pushing Back.

Sometimes, the only right answer is hard work. The uncomfortable type.

The industry I grew up developing a passion for was one that went hand in hand with my current hobbies – sports, exercise, fun, and a touch of competition, while looking good to boot. I wanted to work with sports athletes if I didn’t become one myself. Of course, in the early 2000’s, my perspective was a bit different.

But at its core, one thing I always thought would stay the same was the notion that working out should be about fitness and health – regardless of what starting point you had when embarking on your journey.  As the years pass and different things of increasingly lesser importance gradually occupy much more of our time, it begins to skew the vantage point of what “fitness” should be all about – whether you’re a professional, an enthusiast, or something in between. These changes are, in my opinion, both for the better, and for the worse.

I feel nervous writing this, and I know I really shouldn’t. We’ve been bombarded with an influx of both good, conscious streams of thought regarding the current state of fitness and popular culture, and horrible, polarizing streams of thought that infiltrate the minds of people who don’t know any better.  The truth is, some of these issues become sensitive subject matter, and it leaves many tiptoeing around the subject.  In the name of open discussion, I think some of this warrants some healthy and gentle pushback for the sake of counter-intuitive thinking, which is why I made it an article.  Because the truth is, my industry – fitness and its culture – has become a climate of extremism that can be difficult if not impossible for the layperson to navigate.

My industry has made goal-setting taboo.

First of all, seeking to gain 15 pounds of muscle, or lose 15 pounds of fat or even body mass can’t simply be chalked up as something to be looked down upon, because the truth is, it all depends on the situation, and the starting point of the individual.  For a while now, it’s been fed to us that one of the only explanations to justify setting goals involving body composition would be that of succumbing to the snares of superficiality. 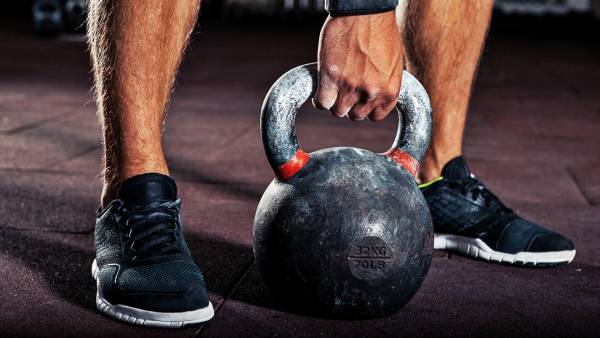 I don’t like this notion. It can be dangerous for people who don’t have a history of body image dysmorphia, and may actually have a clear mind on the matter of body composition as it relates to improved health and wellness.  Maybe they come from a history of competition, and would simply like to pursue a new and enjoyable challenge.  Or maybe they just personally like the way being leaner, slimmer, heavier, or more muscular looks.  The problem is that today, there’s not much more than a muted voice out there to even present this list of hypotheticals for consideration.

Fitness is the only industry that makes people think they live life better than others.

Like I mentioned in my last blog article, the idea of being an “influencer” on social media is food for thought, especially under the fitness umbrella.  In no other industry do I see such a smooth and seemingly natural transition from exercise and diet advice, into unsolicited life coaching, ways to be more confident, quotations to live by, and ultimately morphing one’s training experience into something much more than it is. All of this can imply that the “influencer” has it all down pat.

Any dentists, accountants, factory foremen, interior decorators, financial planners, or legal professionals I know don’t make their profession out to be a path to some kind of self-actualization that they’ve mastered.

And sure, I know my industry is different – it can change lives!

But taking control of your fitness makes you fitter.  It doesn’t make you more enlightened on all things inside and outside the gym.  And now that you’re in shape too, it’s not going to be the end of the world if people on social media don’t see your posts imploring people to mimic your morning routine featuring 7 habits to success.

I’m not sure where the correlation between fitness expert and life coach came from, never mind the presumptuousness on full display by professionals in the form of boldly exiting their area of expertise.  But I’ll say this: It’s not healthy.  Encouraging someone to incorporate fitness into their lifestyle and giving encouragement to live healthily, is.  It’s also something I consider part of our responsibility as trainers.  But it can be damaging when a fitness-friendly lifestyle is blown out of proportion and viewed as “the answer”.  Especially if it’s coming from a spokesperson with a long history of psychological duress.

It’s important to be comfortable in one’s own skin. No one deserves to be disrespected or shamed for their levels of health and fitness – nor much of anything else, for that matter.  But when someone is in dire need of improved health and fitness, while very much aware of their situation but unwilling to fix it, it’s not uncommon to see such ones rest on the reasoning that they’re happy. Their mental state is solid, and they have a good relationship with their exercise and diet.

Inherently, there’s nothing wrong with this.  Unless it’s turning into a default statement to exempt oneself from putting in some effort. What makes it worse is the fact that there’s strength in numbers.  There are many misled people who are riding this wave and shirking their personal responsibility for their health.

Here’s what I believe to be the problem: We are products of our environment.

That means that if we grow up in a tough neighborhood, we’re probably going to be at least a bit ‘tougher’ than the next person.  If we’re around athletes or creatives all day and every day, chances are we’ll develop a natural inclination toward the same – at least to an extent.  If we’re out of shape and at health risk that we have the power to control, but we place ourselves in a bastion of hyper-tolerance, chances are we’re going to create new norms and a new frame of reference to measure our health and wellness against, that fit in neatly with our chosen lifestyles.

Get Comfortable being Uncomfortable

If you’re an average Joe, a serious lifter, a recreational exerciser, or more, it’s time to face a reality that today’s fitness climate seems to have no voice of pushback supporting: Sometimes it’s good to experience the stuff you don’t’ like too much.  There’s something that needs to be said about the discipline, character building, and feeling of accomplishment it can create for you – even if it’s for a brief phase. 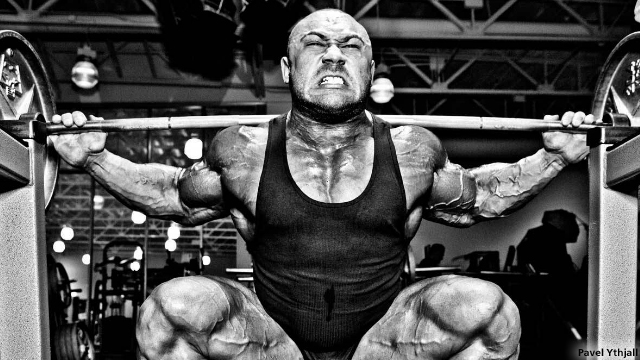 We’ve become so wired towards short-term gratification that it’s, in some ways, being disguised as long-term gratification.  One succumbing to the temptation of junk and fast food, or a lackluster workout, or no workout at all is something that we can be coddled into thinking is OK (which, for the record, it can be!!), but can foster the behavior of one repeating the process far too often, and ultimately decidedly saying he’s on good terms with that by defaulting to the “we’re human beings first” script.

On the flip side, taking on an aggressive training program for a period, or even a diet plan that moderates your indulgence in some of your favourite things shouldn’t be instantly and unforgivingly frowned upon. Neither should recognizing that hard work and getting out of your comfort zone won’t be a simple task, especially if you have goals of any sort.

I implore trainers to hold themselves responsible for being advocates of a healthy lifestyle, and disciples of their craft. In basic terms, I’m saying it’s important to practice what we preach.  I don’t care what shape and size you are. If you’re not actively making it clear that you’re aspiring to be an example of the lifestyle that you promote – the lifestyle that many of your clients probably hired you for guidance towards attaining – then you should probably consider a career change.

Moreover, the stereotype that states that trainers should “look the part” and “walk the talk” does have some truth to it. And it always will.  Just ask most everyday clients what they think on the subject, and you’ll have testimony to that fact.

We may hate hearing that, but it’s worth considering.  I’ll admit it – Looking like you’re in “above average fitness” is very subjective, but when we remove extremes, the spectrum isn’t as broad, and the conversation on the topic can be more realistic.  In the end, our clientele are who drive our industry forward. Much of our success as trainers will ultimately depend on their opinions, not our own. That’s a part of the game we need to be willing to play.  And if the bonus for playing is getting in better shape, then it’s a win-win.

The Eye of the Beholder

The truth of the matter is, most advocates of all the behaviors I’ve mentioned in this article have at some point belonged to one of each movement’s targeted groups; those in need of a confidence boost, those in poor health or below-average physical fitness, victims of shaming, sufferers of depression, anxiety, or other mental health issues, and more.

My point: if 90% of what we’re hearing in the fitness world today are the things mentioned in each of my subheadings, and 90% of the people doing the talking are people who have a history of any of the issues listed above, then is it really a completely accurate, fair and balanced assessment of the subjects in question?  Maybe it isn’t. And there are few advocates who belong to the diametric opposite side of the spectrum to cross-reference.

Does that mean there’s no good to be taken from all of these initiatives? Of course not. There’s plenty of good.

But that good message may not always have the best promoters on the open mic.

Without any representation from the members of society who are at least partially incompatible with all of this, these issues can raise our sensitivities surrounding fitness training in just as much of a bad way as it does a good way.  It can be the brush that paints with broad strokes, lumping everyone who’s interested in fitness into the same category. But it’s just plain wrong to assume that each and every fitness enthusiast of all shapes, sizes, backgrounds, skill levels and ages all fall into demographic of people who need such support or reinforcement.

It’s still okay to train hard.  It’s still okay to want a leaner, more muscular physique. At points, it’s okay to really take note of your weight, body fat percentage, and waist measurement – especially when your health and fitness can stand to improve.  Done within reason, none of these are telltale signs of a growing problem. They’re telltale signs of having trackable goals. 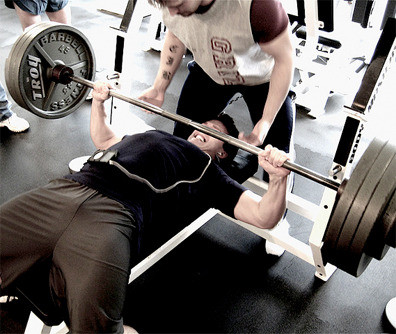 It’s okay to “follow” a professional in this industry for nothing more than his or her fitness advice. You might be surprised to find out you’re modelling your day-to-day on someone who needs more help than you think you do.

We don’t need to “raise more awareness”. We’re all aware.  With all that we’re hearing and seeing, we mustn’t forget the other side of the coin – because there are people to whom it applies in a great and healthy way.  And regardless of which side one falls on, no one should feel bad for doing what is, at its core, supposed to be a good thing…

…As long as it’s done well, and with the right frame of mind.